New York Times executive editor Dean Baquet is drawing buzz for an interview with the Nieman Lab journalism website. He said Donald Trump has changed journalism by making it easier for reporters to write “This is just false.” Baquet compared this campaign to the 2004 campaign, and how in his tenure at the Los Angeles Times, they couldn’t use language that strong to denounce the Swift Boat Veterans for Truth who ran ads seeking to debunk John Kerry’s tales of Vietnam heroism.

Nowhere in this interview transcript is a mention of the lying and document destruction and press inaccessibility of Hillary Clinton’s camp. This matches Baquet’s recent interview with NPR, where he insisted Hillary’s lies were much more like the average politician obfuscating and exaggerating – yawn, and ho-hum.

KEN DOCTOR: I’m wondering what kinds of challenges the conundrum Donald Trump has caused. It’s so far beyond normal fact-checking. How have you come to peace with how you cover Donald Trump? 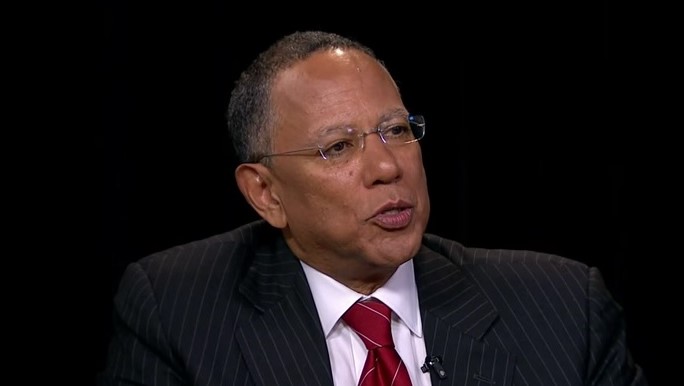 DEAN BAQUET: I thought Jim Rutenberg’s column nailed it, about the struggle over how to cover [Trump like a lying demagogue]. I think that everybody went in a little bit shell-shocked in the beginning, about how you cover a guy who makes news constantly. It’s not just his outrageous stuff…he says things that are just demonstrably false.

I think that he’s challenged our language. He will have changed journalism, he really will have. I was either editor or managing editor of the L.A. Times during the Swift Boat incident. Newspapers did not know — we did not quite know how to do it. I remember struggling with the reporter, Jim Rainey, who covers the media now, trying to get him to write the paragraph that laid out why the Swift Boat allegation was false…We didn’t know how to write the paragraph that said, “This is just false.”

DOCTOR: We struggle with that.

BAQUET: We struggle with that. I think that Trump has ended that struggle. I think we now say stuff. We fact-check him. We write it more powerfully that it’s false.

DOCTOR: You see that in other parts of your coverage. I’ve noticed that…he gave you courage.

BAQUET: He gave us courage?

DOCTOR: I think. Courage to assert what seemed to be factually correct.

Apparently, Baquet regrets his then-newspaper’s coverage, which used measured language. This was the apparently cowardly pro-Kerry approach in one article in 2004:

What military documentation exists and has been made public generally supports the view put forth by Kerry and most of his crewmates -- that he acted courageously and came by his Silver Star, Bronze Star and three Purple Hearts honestly. This view of Kerry as war hero is supported by all but one of the surviving veterans who served with him on the two boats he commanded.

None of the critics quoted in the ad actually served on the boats with Kerry. Some of them also have given contradictory accounts and offered conflicting recollections.

But what actually happened about 35 years ago along the remote southern coast of Vietnam remains murky. Some of Kerry's own recollections over the years, as presented in two biographies and many interviews, also have been inconsistent.

Perhaps, with “courage” from Trump, Baquet could travel back in time and just call the Swift Boat veterans “liars,” never questioning whether Kerry had been consistent in his public statements. That would match the hyper-aggressive 2016 template.

Leftists were upset with the next exchange, where Baquet confessed that perhaps the media elite is “a little bit patriotic without knowing it” and were too gullible to Bush administration “lies” about weapons of mass destruction in Iraq:

BAQUET: The dirty secret of news organizations — and I think this is part of a story of what happened with Bush and the Iraq war — [is that] newspaper reporters and newspapers describe the world we live in. We really can be a little bit patriotic without knowing it. We actually tend to believe what politicians tell us — which is a flaw, by the way. I’m not saying that with pride. The lesson of the Iraq war, which I think started us down this track, was that I don’t think people really believed that the administration would actually lie about the WMDs, or that they would say the stuff so forcefully.

Who really believed that Colin Powell would get up in front of the United Nations, a guy who was known for integrity? I think that was a shock to the system. Then comes a guy — there’s this great moment in one of the debates where Trump says something…and Megyn Kelly asks him a question and he says: That’s just not true, I never said that. One of our fact-checkers went to his website, and it’s like: No. I think he gave us courage, if you will. I think he made us — forced us, because he does it so often, to get comfortable with saying something is false.

DOCTOR: Where else are you seeing that in your coverage this year?

BAQUET: Where else am I seeing it in my coverage? Other than with Trump? I think I see examples of it in foreign coverage. Also, look at the writing in the story about Cuomo’s plan to build the film industry in New York [“Cuomo’s $15 Million High-Tech Film Studio? It’s a Flop”]. The third paragraph just comes right out and says, ‘it didn’t turn out that way.’

it seems like a subtle difference, but when I think back to editing those Swift Boat stories at the L.A. Times, it took me a long time to just get [to this point].

The Bush team did speak forcefully about WMD in Iraq -- saying they "lied" presumes telepathically that they knew there was no WMD, in spite of intelligence agencies agreeing they did. But leftists hate it when liberal editors confess they put too much trust in the Bush administration.