One question that many Americans wonder is whether people helping Donald Trump dominate the presidential campaign have been given favors by the billionaire. On Monday night, BuzzFeed posted a story by Alex Campbell headlined “Trump Gave $150,000 To Charity That CNN Head's Wife Helped Lead.”

Trump would surely say this was just Trump change. Of course, the subhead below it underlines that the charity is an elite private school attended by Trump’s son Baron. 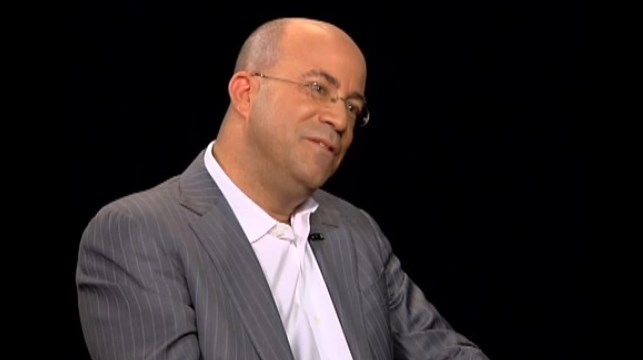 The personal ties between Donald Trump and Jeff Zucker, the chief executive of CNN, extend beyond the reality TV hit they created together into a far more personal realm: the expensive Manhattan private school where they have both sent children, and where Zucker’s wife was until recently a member of the board.

Trump’s foundation has contributed more than $150,000 over the past three years to the Columbia Grammar and Preparatory School, a nonprofit school on Manhattan’s Upper West Side also known as Columbia Prep. Caryn Zucker is listed as a board member for the school in tax documents covering July 2012 through June 2014....

In February 2015, five months before Trump announced his candidacy, he and his wife, Melania, posed for a photograph with Caryn at the Upper West Side school’s annual benefit. In a gallery that was initially posted on the photographer’s website, Caryn Zucker was the only person Trump was pictured with other than Melania. (After an inquiry to Columbia Prep from BuzzFeed News, the photograph was removed from the photographer’s website.) Trump’s foundation donated $50,000 to the school that same day. The program from this year’s event, which Trump did not attend, lists him as having contributed several items to the school’s auction.

It is not clear if the $150,000 listed by the Trump Foundation represents cash gifts or the value that the foundation assigned to the donated items, which as the Washington Post has documented is Trump’s preferred mode of giving. (The Post found that much of the Trump Foundation’s money comes from donors other than Trump himself.)

CNN declined comment on this association, other than to note Mrs. Zucker is no longer on the school’s board. Her term on the board overlapped with one of Trump’s aides, Michael Cohen.

The Zuckers are active members of the Columbia Prep community, too, and in addition to Caryn’s work on the board, Jeff has made speeches to Columbia Prep students and delivered the school’s commencement address in 2013. In November of this past year, as Trump soared in the polls, Zucker gave a talk to high school juniors and seniors with the title “The Media’s Impact on History & History’s Impact on the Media.”

Tuition at the elite school is more than $38,000 a year – which is fairly close to what the Obamas pay per child at Sidwell Friends School in DC.

Buzzfeed reminded readers it was Jeff Zucker who greenlighted The Apprentice in 2003 as president of NBC Entertainment. In Trump’s books, he has heaped his typical praise on Zucker, calling him a “total dynamo.”