CNN President Admits: It's Fair to Say We Were 'A Little Too Liberal'

In a happy-news story headlined “CNN Enjoys Outsize Ratings Boost From Presidential Race,” Wall Street Journal media reporters Keach Hagey and Nick Niedzwiadek published a surprising quote from CNN president Jeff Zucker. He admitted it was legitimate to call CNN “a little too liberal,” but now it is a “much more-balanced network.” 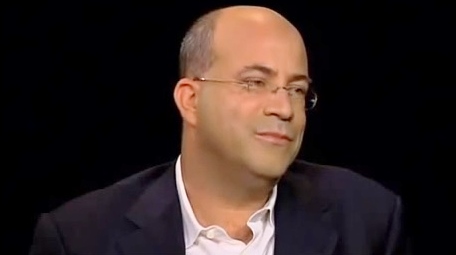 Mr. Zucker says CNN is benefiting disproportionately from the election race because he repositioned it to appeal to Republicans and Democrats alike. He added that compelling stories on both sides of the race— Donald Trump’s unconventional bid for the White House and Bernie Sanders’s unexpectedly strong challenge to Hillary Clinton—have helped the network showcase its more even-handed approach.

“I think it was a legitimate criticism of CNN that it was a little too liberal,” Mr. Zucker said. “We have added many more middle-of-the-road conservative voices to an already strong stable of liberal voices. And I think that we are a much more-balanced network and, as a result, a much more inviting network to a segment of the audience that might not have otherwise been willing to come here.”

Left unstated: the #NeverTrump cable-news junkies may find Fox too pro-Trump to watch, so they're sampling CNN instead. Also left unstated: any "conservative voices" are pundits, not anchors, and several anchors appear to be plenty liberal, especially with a last name like Cuomo.

In that Journal story, a Fox News spokeswoman offered a different spin.

“CNN has been languishing in the basement so long that they consider getting to the ground level in an election year a wild success,” said a spokeswoman for cable rival Fox News. “That speaks volumes about Time Warner’s low expectations.”

The blog TV Newser noted both cable competitors were commenting:

“It only took them 35 years to realize there’s actually another point of view in this country,” a Fox spokesperson said. “I think the only direction they have tacked is toward Trump,” added NBC/MSNBC spokesman Mark Kornblau.

Hagey and Niedzwiadek noted Zucker put Trump’s reality series The Apprentice on the air when he was in charge of entertainment at NBC.  Whether offered scads of air time to Trump qualifies as “much more balanced” might be as difficult as trying to pinpoint Trump on the ideological spectrum, depending on what day (or what hour) it is.

The Journal also noticed MSNBC backing away from the hard-left might be helping them: “MSNBC, while a distant third, is in the midst of a turnaround aided by the election. After MSNBC dumped its daytime opinion programming for breaking news, its daytime audience nearly doubled.” But MSNBC is still far behind the other two.