Could the FEC's Democrats Punish Conservative Speech This Year?

Our friend Paul Bedard at the Washington Examiner reports that the Republicans and the Democrats on the Federal Election Commission are divided over a vote to punish anti-Obama filmmaker Joel Gilbert for distributing free DVDs in 2012 of his movie Dreams From My Real Father, which made unsubstantiated claims that Obama's real father was the communist Frank Marshall Davis.

Lee Goodman, a Republican commissioner (and former chairman) at the FEC, issued a statement accusing the Democrats of “regulatory avarice within the agency to regular press entities.”

In 2014, anti-birther activist Loren Collins filed an FEC complaint against Gilbert, arguing that the filmmaker had a responsibility to disclose his donors. He wanted the FEC to force Gilbert to disclose his funding sources. The FEC only recently deadlocked in a 3 to 3 party-line vote. Gilbert was considered “press,” and thus not subject to donor disclosure. Goodman's statement protested the Democratic bloc:

To date, the only public explanation for the vote to regulate has been a Statement of Reason by Commissioner [Ellen] Weintraub, which concludes: "Press entities do not act as press entities when they distribute millions of free DVDs immediately before an election solely in electoral swing states." There is no ambiguity in the point of this curt statement: all otherwise bona fide press entities are subject to investigation by the federal government through either the Commission (or the Department of Justice) based on nothing more than the means they pursue to market and exhibit their otherwise fully protected content. 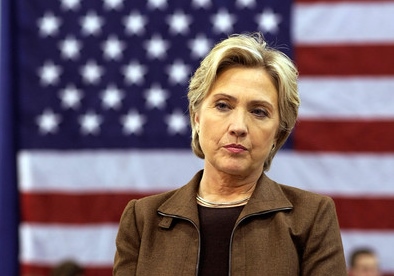 This case is reminiscent of the complaints against Citizens United and their 2008 effort Hillary: The Movie. The U.S. District Court for the District of Columbia ruled the McCain-Feingold campaign law prohibited its airing within 30 days of a Democratic primary election. In 2010, the Supreme Court overturned this verdict as a violation of the First Amendment.  As Goodman elaborated:

The Commission's subsequent recognition of Citizen United's press freedom in Advisory Opinion 2010-08 no doubt was a proper exercise of government restraint. However, the Commission's non-unanimous vote in this matter, and the apparent desire of some Commissioners to break from Advisory Opinion 2010-08, indicates that publishers and filmmakers cannot trust the government's continuing restraint, and, moreover, that the Court was wise and correct to rule as broadly as it did rather than trust the government with authority to pick and choose exempt publications under highly discretionary standards that are at best unclear and at worst inconsistent.

It all comes back to a typical double standard. The liberal media define themselves as the objective arbiters of all facts, and every time they editorialize or advocate for or against candidates is democracy in action. But any conservative effort to rebut them can be dismissed as a malignant corporate conspiracy of "electioneering communications."