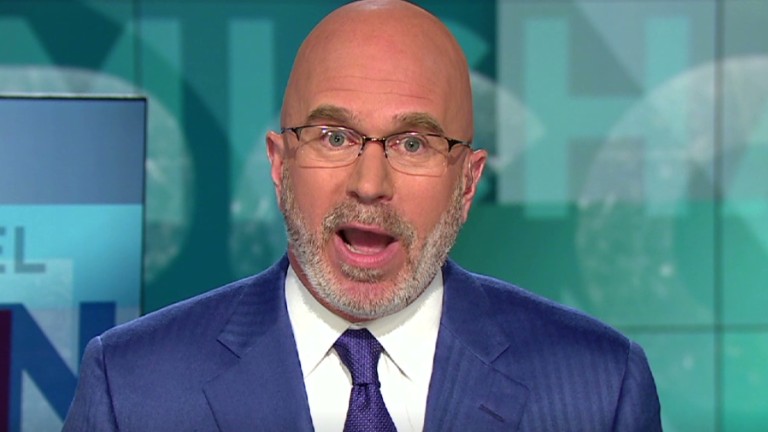 One of the perks of having a weekend show on CNN is the ability to recycle your lamest talking points on CNN.com – look no further than Michael Smerconish. Back in 2010, he complained mightily that moderates couldn’t find a spot in the national conversation, that politics is based on the political extremes of talk radio.

Now in 2016, Smerconish is an enthusiast for political recycling. In a CNN op-ed sharing the byline of college instructor Brian Rosenwald, he lamented that politics is based on....the political extremes of talk radio.

The headline is “Ted Cruz and Donald Trump: Signs of conservative media's grip on GOP.” Smerconish and Rosenwald blame talk radio for the losing campaigns of George H.W. Bush, Dole, McCain, and Romney, and repeatedly insist their greed for profits outweighs their political objectives:

Business motives drive the titans of talk. They aim to maximize revenue from advertising, which requires the attraction of computer clicks, ears, and eyeballs. That goal, in turn, necessitates producing an authentic, stimulating product. The more passion provoked by hosts, the better their shot of capturing and maintaining an audience....

Bold, assertive, controversial content achieves this goal far better than thorough, nuanced, paragraph-long explanations. This incentive explains why the content on talk radio and cable television news has long been a precursor to the provocative language of Trump and Cruz stump speeches.

Viewed against this backdrop, there's nothing shocking about Cruz having once said "I think President Obama is the most radical president this nation's ever seen" in light of Beck having previously gotten traction among his supporters by claiming that Obama is a "racist" with a "deep seated hatred of white people."

Naturally, Smerconish and Rosenwald think conservative talkers drive the politicians too far to the right to be electable:

Elected Republicans can't ignore these polemics without courting potential electoral disaster during primary season. Media personalities can use their platforms to help candidates offset several major advantages held by incumbents or establishment favorites in primary elections, including significantly greater fundraising and name recognition. But such support comes with a price, as hosts demand purity from elected officials and glorify rhetorical bomb throwers, such as Cruz and Trump.

This political landscape represents a dramatic departure from even the recent past. As late as the Reagan era the media did not foster an ideological divide and neither did Washington, a matter of no coincidence.

What? In the Reagan era, the media certainly fostered a divide – it tried to divide Reagan from everyone else. There were more moderate Republicans and moderate Democrats, but the media were completely alarmed by Reagan, just as they are alarmed today by the talk radio-favored candidates, the ones who aspire to Reagan’s mantle.

One should smell in this complaint a similar scent to Joe Scarborough, people who champion themselves as too "nuanced" and "thoughtful" and "thinking in paragraphs" to pass muster in talk radio. They're bitter because they didn't click with conservatives. (Smerconish still has a satellite radio show on XM.)

Smerconish and Rosenwald wrap up by saying that conservative talkers really want Hillary to win, any way, since it’s better for business: 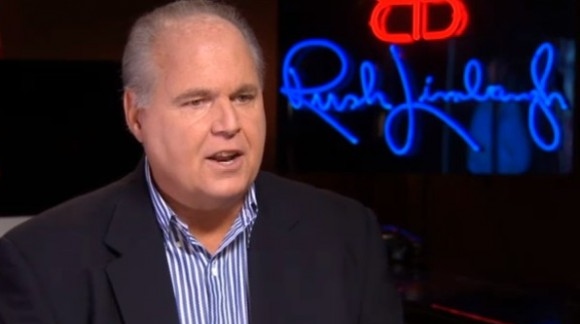 As Limbaugh acknowledged to Playboy Magazine in 1993, "there is no question that it's much easier (doing his show) with a clearly established opponent in a position of power, as opposed to someone who is not an opponent." He emphasized that he had hoped for a Clinton loss because he felt Clinton's policies would hurt the country. Yet, Limbaugh did admit, "I can sit back in reflection and say that (Clinton's presidency was) probably a better programming opportunity for me."

A president doing controversial things translates into vexed listeners or viewers who want to vent and seek solace in their favorite virtual community of the like-minded. For hosts, a president from the opposition party offers a target about whom to bellow and kvetch. And for this reason, the only thing better for their business than Bill Clinton ... would be Hillary!