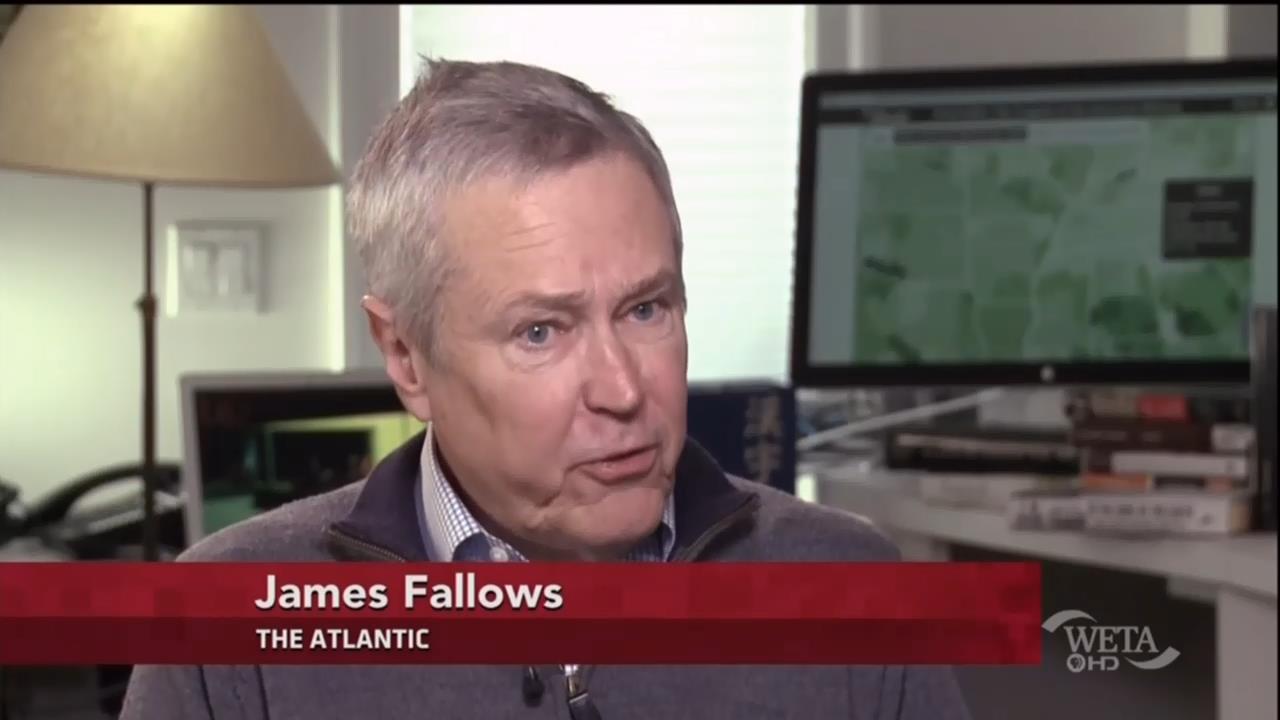 Sunday’s Washington Post carried a story on the front page of Metro on one liberal journalist turning into political advocacy against that heinous menace known as.....the gas-powered leaf blower.

Perry Stein reported that James Fallows – who was  Jimmy Carter’s chief speechwriter but has spent most of his long career at The Atlantic magazine – is “part of a crusade in his upper Northwest Washington neighborhood of Wesley Heights to ban loud leaf blowers with two-stroke engines in the city.”

Fallows, who also briefly served as the editor at the top of U.S. News & World Report magazine in the Clinton years (when it was still on glossy paper), gets a little hyperbolic on the subject:

The writer has elevated the fight with a high-profile platform, chronicling his thoughts on leaf blowers and involvement in local politics in a series of posts he calls "Leafblower Menace." The titles include "History's Greatest Monster" and "What the devil does in his spare time."

They’ve talked D.C. councilwoman Mary Cheh into proposing legislation that would prohibit the sale and use of gas-powered leaf blowers in the city by 2022. Fallows has a partner in his noise-scrubbing battle:

Haskell Small, a composer and concert pianist who is helping to lead the leaf-blower battle in Wesley Heights, was quoted in a 1997 Washington Post article, describing the sound as "piercing."

"When I try to compose or write a letter, there is no way for me to listen to my inner voice, and the leaf blower blanks out all the harmonic combinations," Small said at the time.

It quickly becomes apparent in the Post article that there’s some limousine liberalism emerging. Fallows thinks the gas-powered “monsters” should be consigned to the Third World, thinking D.C. residents should all buy an electric version with a $900 rechargeable battery...so he can write at home:

The fight is gaining momentum, in part, because residents are framing it as a public-health issue.

The two-stroke engine mixes fuel with oil, which does not undergo complete combustion. These engines emit a number of toxins, such as carbon monoxide and nitrous oxide, which leaf-blower operators inevitably inhale. Municipalities throughout the country, including nearby Takoma Park, Md., have moved to ban them. 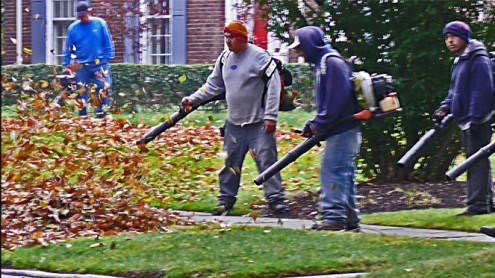 ....Fallows, Haskell and other neighbors say the solution could be in an electric-powered leaf blower that is powerful and, of course, quiet. They hired a lawn company that uses a cordless electric leaf blower that costs about $350 and uses a $900 rechargeable battery.

Zack Kline, owner of A.I.R. Lawn Care, said that he hosted a leaf-blower demonstration for a few neighborhood residents at Haskell's home.

For now, Fallows probably must commute to the Atlantic's headquarters at the Watergate if he wants to write in quiet during the fall months. Cheh's legislation has been referred to committee. If it does pass, it would not be fully phased in until 2022.

"I do a lot less writing at the house," Fallows said. "People are attuned to different things, and the particular timbre of the leaf blowers just affects me."

No one in this story thought of the low-tech leaf-clearing option for the truly poor: a rake. The word never came up.