If you’re not a Democrat who thinks Barack Obama and Bill Clinton are titans whose visages should be sculpted into a cliff, you might want to avoid taxpayer-funded PBS and the Charlie Rose show. Both leaders were adored live in the 11 pm hour on the East Coast in the afterglow of Obama's final State of the Union address.

Early on, Rose said Obama's listing of four arguments the country needed to have were "very worthy," and then it slipped into how Bill Clinton was a great president like Jefferson, or FDR:

JON MEACHAM: In that way, it was like a Bill Clinton speech. Remember, president Obama had to outsource explaining himself in 2012. The presidential candidate's nomination was actually an outsourced job.

MEACHAM: Exactly, and came and was a terrific defense lawyer. And to some extent, you know -- and Doris, I think, would agree, great presidents are ones who are in conversation with the culture of their time.

MEACHAM: And Bill Clinton was, forgive me, Thomas Jefferson was, Franklin Roosevelt was...

Doris Kearns Goodwin threw in Teddy Roosevelt, Lincoln, and her friend LBJ, for good measure. Obama was also one of the "brightest presidents" in our history: 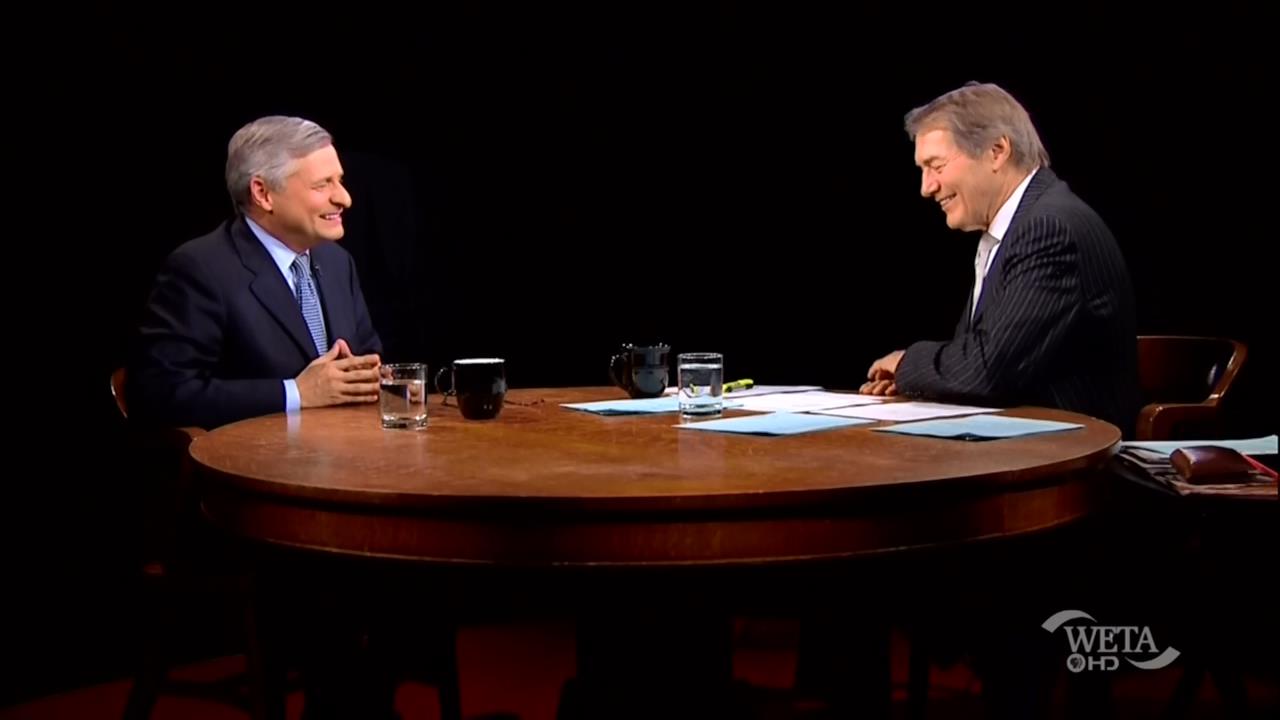 CHARLIE ROSE: I want to raise two big issues about him that are fascinating to me and, Jon, all of you. How smart is he? What's the sense of — is he one of our brightest presidents?

JON MEACHAM: Absolutely. I think so and I think it has the pluses and minuses.

ROSE: Sometimes he's been dismissed as a president as a law professor because he simply wants to make arguments and doesn't have you know, that sense of accomplishment that comes from executive training and executive leadership.

This exchange came slightly after they discussed how Meacham interviewed Obama for his book Destiny and Power, a biography of George H.W. Bush:

ROSE: He used to suggest even in the first two years that he was following Bush 41's foreign policy.

MEACHAM: He's a great admirer of Bush 41 and in fact, I interviewed him for the book and he gave me this – he speaks in these wonderful paragraphs, anyway and it was —

MEACHAM: It was brilliant.

Obama is a man of reason in "crazy emotional" battlefield of political combat:

MEACHAM: I mean, one of the things I think we saw tonight which biographers will be at one level, Obama always appears to be the man of reason put down in this crazy emotional context of politics and, yet, he is a thoroughly political creature. “I have been to Iowa, if y'all need any advice, I'll be here afterward.”

KATHLEEN PARKER: And loved every minute.

MEACHAM: And quite prideful about his political skills, but he just — in terms of relationships, FDR in the speech he was supposed to deliver the day after he died, that we must cultivate the science of human relationships, was in a Jefferson Day speech that he was to given and —

ROSE: The science of human relationships?

ROSE: You think this President did not understand that?

MEACHAM: I think there is very little he doesn't understand.

MEACHAM: I think he understands just about — a lot more, certainly, than I do....

DORIS KEARNS GOODWIN: I think he has tried to be a man of reason, a man deliberating, not impulsive, making his decisions after getting advice, going through a very complicated period and remaining calm, and that may, on the other hand, be what some people perceive as weakness. It may be that in a time of fighting which we're in, a time of tough conversation, the American people wanted somebody who was more of a fighter, even though it might have made things worse.

Near the beginning of the hour, Goodwin was comparing Obama to George Washington’s farewell address: 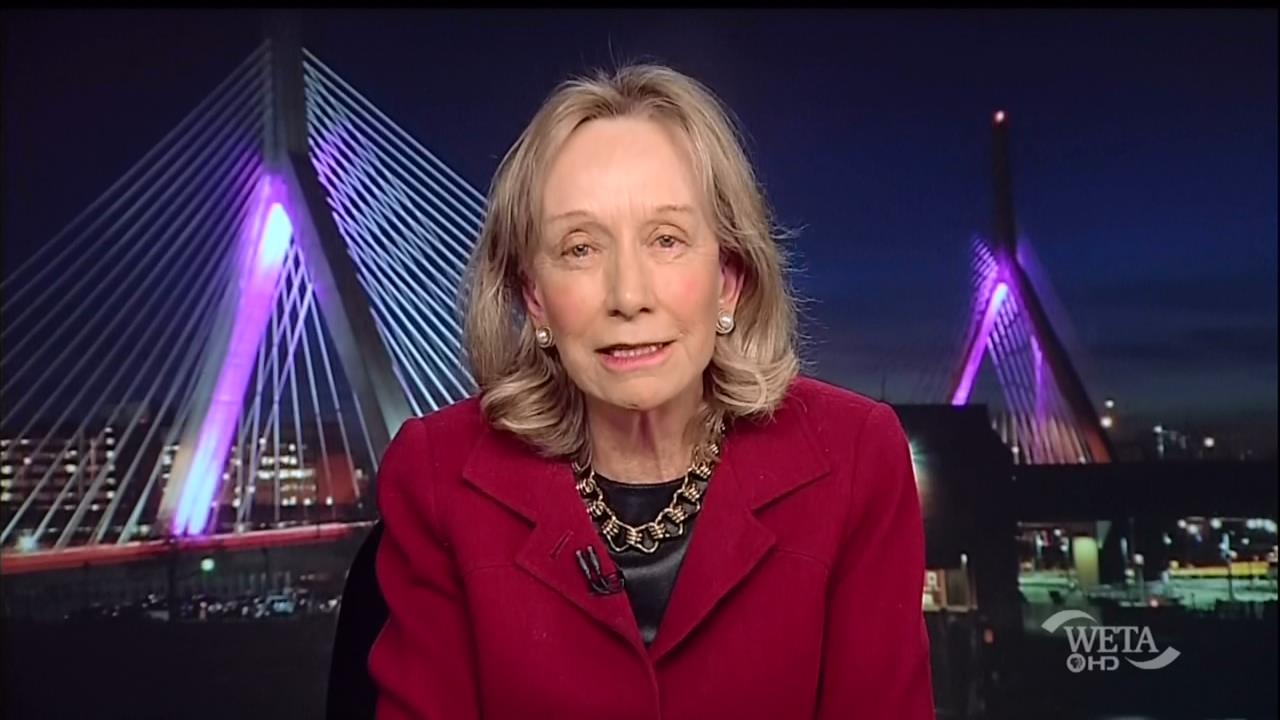 GOODWIN: I mean, this is going to sound ridiculous, like I always think about George Washington, but it reminded me of George Washington’s farewell address because when he gave his final address, I'm sure Meacham knows, he talked about party spirit and the worry about faction and the worry about party mischief and the dangers of what would happen if the country started splitting on geographic lines because of parties, so that last part when he talked about the system itself is in trouble and not only do we have to change congressional districts and the way they're made up and the money and the interest, but look at you guys in Congress, you don't even like your jobs anymore, you all know it and, somehow, unless we change the system, he wasn't just talking about making things nicer, he was talking about systemic changes and it just reminded that that’s where he soared and then he comes back in the very end to where it began.

One might have thought that Charlie Rose brought in columnist Kathleen Parker as some kind of mildly Republican counter-balance. Instead, it was another echo of Obama-worship:

KATHLEEN PARKER: Of course, he's an intellectual, but I think he also has a high value of emotional intelligence. You know, he's extremely perceptive and, you know, he's watchful. He's interested in the psychology of human motivations and I know this from conversations with him, but also you can sort of see it in his deliberations, that he’s — he goes beyond the mere analytical where you're just dealing with the facts on the ground, but also tries to understand what's going on in sort of the metaphysical dimension. So that gives him something, I think, relatively rare in the presidency.

It's not the kind of emotional intelligence that Bill Clinton had when he says — he feels their pain, but it's sort of a hiring level of perceptiveness that he applies to his decision-making. So there is that.

You know, we were talking about his speech. I was in Boston when he gave the speech in 2004, and it was an amazing speech. Some of you may have been there as well and I remember I was standing next to Carl Cannon who is now running Real Clear Politics and I said we've just seen our first black president speak and he was, in fact, so young but also really beautiful when he was standing up there giving that amazing speech about how we're not red, not blue, not this or that, we're the United States and I think he believed that.

For his part, Rose on several occasions lamented Obama critics as unfair. When Parker whimsically noted Obama brought “peace and love” to Capitol Hill, Rose objected with an ardor he rarely emits and forced Parker into saying he was “completely right” to feel Obama’s pain:

PARKER: Whether you agree with his policies or not, he's been a very consequential president, and he must feel pretty good about his record even if he doesn't feel great about having brought the peace, love and flowers to Capitol Hill -- 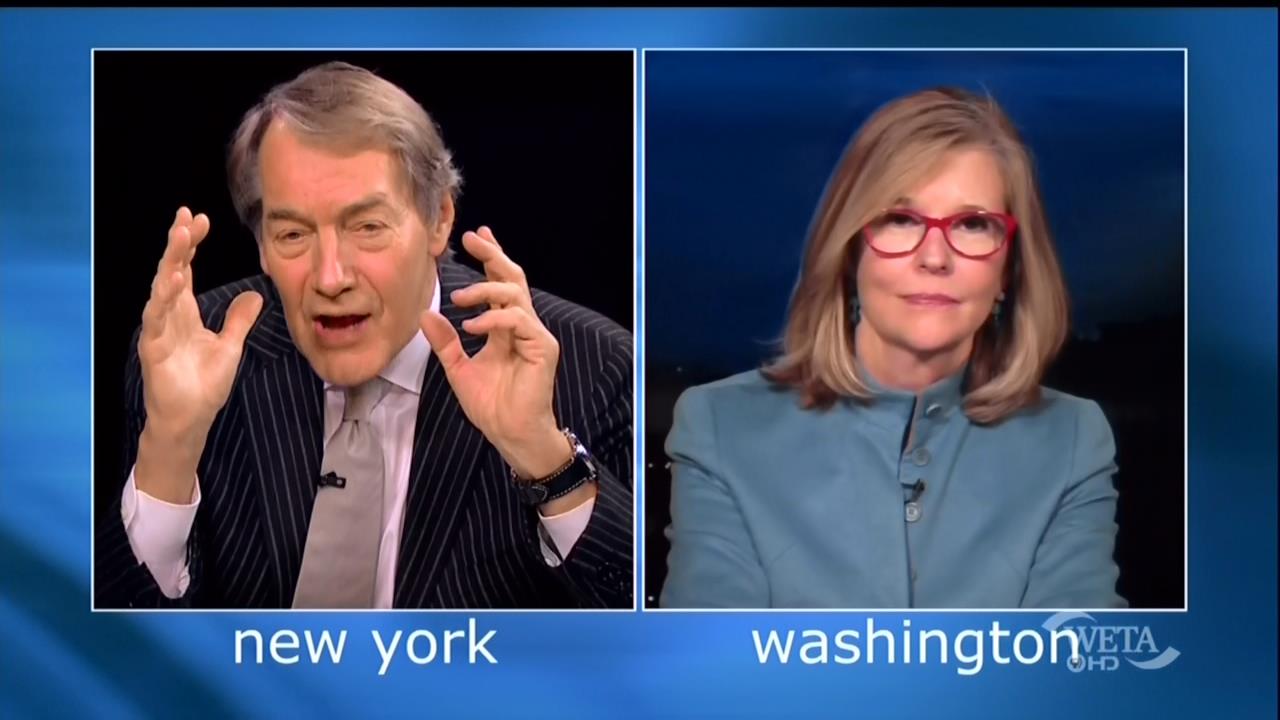 ROSE: Kathleen, let me interrupt you on that, because I think that's too glib. Because I  think there’s something wrong with our politics, really wrong with our politics and peace and love won't do it and because the number of people that I talk to, you know, who I interview, who say, you know, our national security is threatened! Our economic life is threatened by this inability to deal with these fundamental issues about our future, about entitlements, about so many issues.

PARKER: You're completely right. Much of you know, the opposition to president Obama's policies from the right were, there are two parts to it. One is they very much disagreed with his approach to governance. He's a big government guy and, you know, it started out with the health care reform back when we really kinda needed to be focusing on jobs, and that was a one-party deal.

So there was that side of it. But there was also opposition by design and, you know, the Republicans really just didn't want to give an inch because they felt that they had to stand firm on principle in order to please their constituents. And you know, it just became a completely dysfunctional congress and it is not -- you know, it would be incorrect to blame President Obama for that.

Near show’s end, Rose added this: “I do want to say, it is about this president — nothing makes me, in terms of the accusations against this President, is that he doesn't love the country, and when I hear that, I find it just, you know, the lowest level of political rhetoric. I mean, clearly, everybody that goes — is part of the American political process and everyone that certainly goes to — and everyone who goes to that office feels the heavy weight loves the country.”

No one was on set to challenge Rose with the idea that Obama has assailed his opponents with that kind of spin, that it's "not American" when they resisted Syrian refugees. Or in September, when the president said of illegal immigrant children, "I hear folks talking that somehow these kids are different from my kids or less worthy in the eyes of God…I think that's un-American".

Bottom line: It's amazing that Charlie Rose his taxpayer-funded bosses at PBS can kvetch and complain that "our politics is broken" and that it's not civil and it's not robust ....when they refuse year after year to allow an actual, bona fide conservative to sit on the Rose set and freely exchange a view that Bill Clinton and Barack Obama are a negative force on American history, and may not be the brightest minds of our lifetimes.

YOU are dysfunctional, PBS. You can't stand to sit and talk to people who disagree with you.