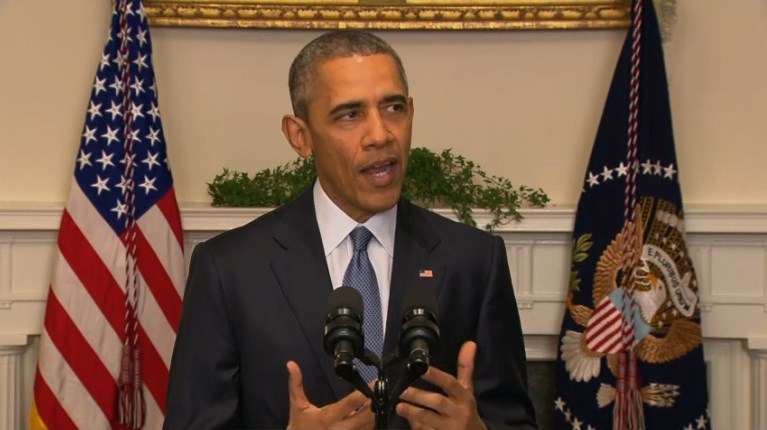 CNN announced Sunday it’s granting President Obama an hour of air time on Thursday to have a town hall on his gun-control agenda with Anderson Cooper. The 8 pm special is simply titled Guns in America.

The makeup of the questioners will determine just how much of a favor CNN is granting the president, but the usual pattern – to judge from say, Christiane Amanpour’s town hall with Hillary Clinton – is to stack it with friendly liberals. CNN’s own article on this gift makes it clear they’re helping him mount a “final pitch” on the issue:

President Barack Obama is mounting a final-year push to make gun control part of his legacy despite Republican opposition and is expected to announce unilateral action early this week.

He will join CNN's Anderson Cooper Thursday for an exclusive one-hour live town hall on gun control at George Mason University in Fairfax, Virginia, in hopes of mounting a final pitch to the public.

In his weekly radio address, Obama painted the issue as the gun-rights groups versus our children, because advocating for the Second Amendment is somehow anti-children: “The gun lobby is loud and well organized in its defense of effortlessly available guns for anyone. The rest of us are going to have to be just as passionate and well organized in our defense of our kids.”