Rosie O'Donnell on Trump's Campaign: 'It's a Nightmare' 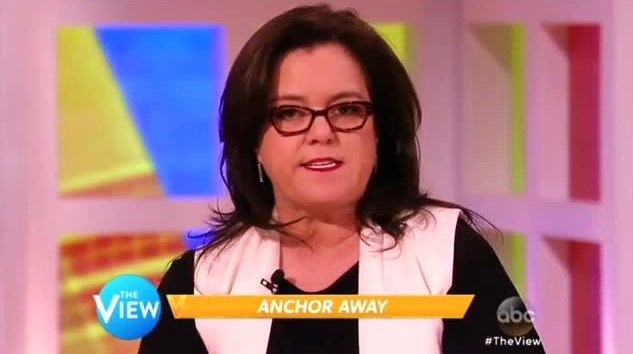 AP television writer Lynn Elber has a celebrity update: “Rosie O'Donnell isn't mincing words when it comes to Donald Trump's presidential campaign.” That wouldn’t be a surprise, considering Trump mocked her in the first debate.

Said O'Donnell: "It's a nightmare." She didn't elaborate, adding only, "That's my quote."

The comments came as O'Donnell's doing publicity for a cameo this week on the Fox drama Empire.

The battles between Trump and O'Donnell go back years. In 2006, Noel Sheppard blogged about O'Donnell criticizing Trump from her perch on The View for remarks about a winner of his Miss USA beauty pageant, saying he couldn't be a "moral compass" for the beauty queen.

Earlier today, Rosie attacked Trump, branding him a "snake-oil salesman" and calling his staging of a press conference, in which he decided to allow Miss USA, Tara Conner to keep her crown a publicity stunt. Trump allowed Conner to keep her title Tuesday following a wave of reports and criticism over her engagement in underage drinking.

"Because his show The Apprentice is starting again in January, he held a big press conference to see if he was going to allow Miss USA, such a prestigious title," Rosie said on The View while rolling her eyes. "It's basically a model competition . . . They have one question in Miss USA, yeah and they're like ‘I'd like to cure cancer and end world hunger – and then I'd like to go to Studio 54 and do some crack.'"

Rosie even slammed his "moral compass" because he had multiple marriages:  "[He] left the first wife -- had an affair. [He] had kids both times, but he's the moral compass for 20-year-olds in America. Donald, sit and spin, my friend." Since then, O'Donnell gay-married and divorced Kelli Carpenter and Michelle Rounds (and in between a serious relationship with Traci Kachtick-Anders), with all kinds of blending of children.

Trump threatened a lawsuit against O’Donnell.  "She says things that come to her mouth, she's not smart, she's crude, she's ignorant and to be honest I look forward to suing Rosie," he told our cameras. "I'm gonna sue her and I look forward to it. She's really very dangerous for the show."