Blunt Sharyl Attkisson on CNN: 'I Didn't Sense Any Resistance...Ever' to Negative Bush Stories at CBS

Former CBS News reporter Sharyl Attkisson was blunt in her interview with CNN’s Brian Stelter on “Reliable Sources.” Stelter tried to ask if CBS lost interest in investigative journalism to favor Obama or every administration.

“I didn’t sense any resistance to doing stories that were perceived to be negative to the Bush administration – by anybody, ever. I have done stories that were not received well because people thought they would reflect poorly upon this administration.” Attkisson declared old managers moved out, and “ideologically entrenched” ones moved in (Videos below):

Stelter asked about Pat Shevlin, the current “Evening News” boss, and Attkisson subtly acknowledged that she was one of the managers she considered “ideologically entrenched.”

That may not be just her. There are certainly a group of managers in what they call the fishbowl of New York who are responsible. So, it's hard to say it's all at the guidance of her, but that she is executive producer of the show.

STELTER: The president of CBS News in the last couple years has been David Rhodes and his brother Ben Rhodes is a speechwriter at the White House. Do you think it had any effect on their interest or lack of interest on stories involving the administration?

ATTKISSON: In one or more conversations that David and I had, he was very much in tune with -- he told me at least -- the types of stories that I do, the types of journalism he thought we should be doing, and I would say we had a meeting of the minds on that that didn't translate to the broadcasts.

ATTKISSON: In general, there was a pattern of more -- many more stories in recent years being embraced if they were seen as being positive to government, the administration and even certain corporations, that if they were stories that were pitched that could be perceived as negative to government, administration and certain corporations. 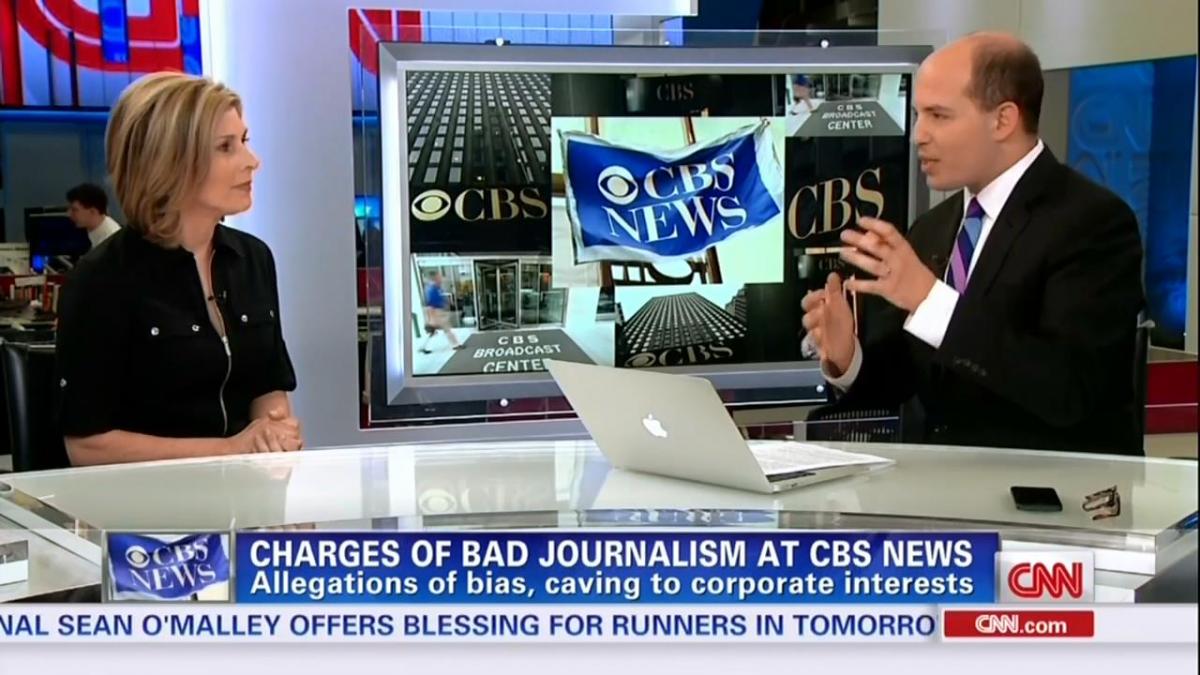 STELTER: And is that -- just to get the timeline here, is that after 2009 or is that at all times, including when a Republican was in the White House?

ATTKISSON: I don't remember having political troubles per se. You're asking me a question I really have to think hard about and I don't have the time to go through it right now. I would say, in general, I don't remember any of the same kind of problems when we had the last management of administration. Rick Kaplan was executive producer, Paul Friedman was vice president, Sean McManus was president of the news.

In that era, I proposed stories and no one ever asked me where they were going and what side they might come down on in the end, because we often didn't know. You know, we would cover a story and it ended up where it ended up.

I think the change now is, there are managers in New York who wants to know how the story is going to come out, and if it doesn't come out the way they like, for many different reasons, it will, as I said, die the death of a thousand cuts and probably not air.

Anyone who knows how Rick Kaplan felt about mixing news and politics for his golfing buddy Bill Clinton (and how Rick Kaplan came rushing to Dan Rather's defense) knows he wouldn't be cheering every tough Attkisson story today, either.

Stelter pressed harder than Howard Kurtz, having an extended conversation about Attkisson's critics to the Left and people who questioned her reporting on autism and vaccines. It began with Stelter asking about liberal bias like that was a rather amazing charge to make:

STELTER: What are the reasons, so far as you can tell, for why you had increasing amounts of difficulty getting on the air? We're talking about, as I mentioned earlier, a 21-year history at CBS. So, are there specific reasons you can cite for why you think you were having a hard time getting stories on?

ATTKISSON: We had a big -- an almost total change in management. In the time after Katie Couric left, the top managers who are very much in the stories of government waste and government oversight --

ATTKISSON: -- all of them left at one time.

ATTKISSON: You know, it's fairly well discussed inside CBS News that there are some managers recently who have been so ideologically entrenched that there is a feeling and discussion that some of them, certainly not all of them, have a difficult time viewing a story that may reflect negatively upon government or the administration as a story of value.

STELTER: So you're saying they are liberal or Democrats?

ATTKISSON: I don't know what their registered party is, I just know that the tendency on the part of some of these managers who have key influences has been they never mind the stories that seem to, for example, and I did plenty of them, go against the grain of the Republican Party, but they do often seem to feel defensive about, almost, personally defensive about stories that could make the government look bad. Even if it's something as simple as a government waste story that doesn't pinpoint anybody in particularly and it takes on both parties. It seems as though some of them were sensitive about any story that might appear as though it criticizes the government.

Stelter ended the interview by (intentionally or unintentionally) blurring Attkisson's voluntary resignation with Dan Rather's fierce attempt to hold on to his perch at CBS after he disgraced himself by using phony National Guard documents weeks before the 2004 election. What did Attkisson do that matches that, Brian?

STELTER: I want you to know, I shared portions of this interview with CBS ahead of time, hoping they would comment, and the network declined to respond directly. My impression is they want to go separate ways as quickly as they can. It's pretty much the same way the network treated Dan Rather after he departed a number of years ago.