Gross began by explicitly comparing the war on terror to the government’s war on gun rights: “As we think about the massacre at Sandy Hook in Newtown and other recent massacres, could you compare the toll of gun crimes perpetrated by Americans with acts of terrorism by Islamic extremists on American soil? We've done so much to protect against acts of terrorism.” Diaz was happy to answer this “excellent” soft pitch and complained “we have no war on guns”: 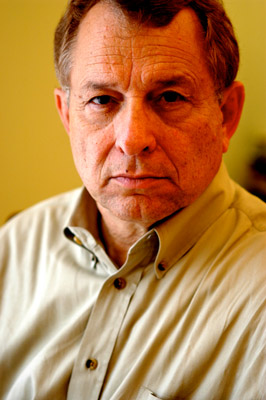 TOM DIAZ: That's actually an excellent comparison because every year in the United States, more people die from gunshot injury than have ever been killed in any terrorist act throughout the history of the recording of these acts, which goes back well into the 1960s. In other words, I'm saying that if you take all of the Americans who have ever died in any terrorist attack that's been recorded, more Americans die every year from gunshot injury.

It's even more shocking than that, I think. More Americans die every year in our own country from gunshot injury than people of any nationality totaled together in the word die of terrorism. Since September 11, 2001, we've spent several trillion dollars on so-called homeland security. We have made changes in our constitutional protections, particularly in the Fourth Amendment and the Fifth Amendment, against search and seizure and self-incrimination, that would have shocked people, shocked constitutional scholars before 9/11.

And yet we spend a tiny amount of money on public health concerning guns. We forbid the Center for Disease Control and Injury in Atlanta, part of the public health service, from actually researching gun safety. So we have seen terror as a great evil, and we've started a war on terror. We have no war on guns, and yet comparing the actual impact on Americans, it's staggering that we have this war on terror and spend so much money, and apparently don't care about gun death and injury.

And I say only apparently because I believe that Americans really are not aware of the extent of the problem.

The comparisons of gun-rights advocates to terrorists kept coming. Later, Diaz argued “What the gun industry has done is sort of appeal to the inner soldier, the insurrectionist feelings and high-tech desires to market these military-style guns.” The NRA also played to and “laundered” these “insurrectionist” desires:

DIAZ: I liked to say that the NRA is, it becomes a kind of laundering machine for the gun industry. And I'll explain what I mean. The gun industry would really appear to be too crass perhaps, and shocking to say, you know what, you need to buy our Bushmaster so that you can resist the government and kill bad people if you have to. So they don't say that. The NRA on the other hand has no problem kind of euphemizing this very same message and saying, we need our guns, we need to protect ourselves from tyrannical governments, the way they phrase it. And some of their material is really quite provocative and quite shocking.

Diaz also insulted soldiers as people who “do not take accurate aim,” but just spray bullets indiscriminately. The gun makers have compensated for our troops who are “not marksmen,” they just fire ambiguously:

DIAZ: It is one of a variety of assault rifles that militaries of the world developed when they realized that most soldiers do not, when they're engaged in combat, do not take accurate aim, do not fire at long distances, but rather just spray bullets in the general direction of the enemy at short to medium range.

When the military accepted this as a fact, that soldiers are not marksmen, and they tend to just fire in bursts at ambiguous targets, and in fact most battlefield injuries are the result of just being where the bullet is, not somebody actually aiming at you, the militaries of the world said, OK, we need a type of gun to give our soldiers that will do just that, which is spray enough bullets to kill and injure people more or less randomly in close to medium distance.

At the end, Gross announced that she invited on the NRA and the gun makers and the National Shooting Sports Federation, and they declined. Listening to the Tom Diaz interview would easily make you understand why they wouldn't fall into Gross's liberal trap. But taxpayers are forced to subsidize this liberal rot.