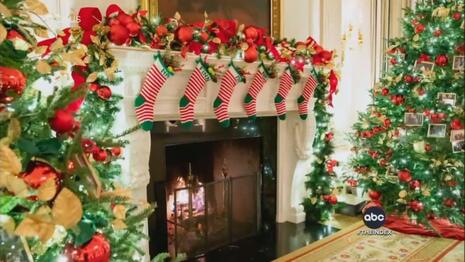 The networks had a lot of fun mocking the weird and awkward when it came to Donald Trump’s immediate and extended family. But as we’ve seen with the Hunter Biden laptop situation, they have NO interest in doing the same for the current President. So when Joe and Jill Biden cruelly, but officially, pretended one of their grandchildren didn’t exist, the networks stayed silent.

The networks on Monday hyped the White House Christmas decorations, cheerfully showing video of the trees, lights, and festivities. If you look at the picture above, you can see the stockings the Bidens hung for their six grandchildren. Except that they have seven grand kids. Not six.

There’s Naomi, Finnegan, Maisy, Natalie, Robert and one-year-old Beau. Who is missing? That would be Navy Jones Roberts, the daughter that Hunter had with Arkansas stripper Lunden Alexis Roberts. Considering that the networks have NEVER once mentioned the name of Lunden Roberts, we shouldn't be shocked.

It’s not a surprise that the White House wants to pretend this little girl doesn’t exist. As The Daily Mail reported in November of 2020:

Scandal-plagued Hunter, 50, settled the paternity case with Roberts for an undisclosed figure in March - rumored to be within the region of $2.5 million - when a DNA test proved he was the toddler’s ‘biological and legal father’.

The recovering drug addict has never met the child, never seen her photo and ‘could not identify the child out of a photo lineup’, according to court filings by Roberts.

Six stockings for seven grand kids sounds pretty cruel. But not to the networks. They all ignored it during coverage of the Christmas unveiling. On the November 29 GMA, Amy Robach hyped, “First Lady Dr. Jill Biden is revealing this year's White House holiday theme, Gifts from the Heart. There are 41 Christmas trees, more than 10,000 ornaments and we're told nearly 79,000 holiday lights.”

On the same day’s World News Tonight, David Muir gushed, “First Lady Dr. Jill Biden revealing this year’s theme: Gifts from the Heart.” On Monday’s CBS Evening News, Norah O’Donnell was thrilled: “The White House is all decked out for Christmas. Red gift boxes frame the east wing to have the executive mansion. There are 41 Christmas trees at the white house along with 10,000 ornaments. The theme for this year's decorations is gifts from the heart, inspired by people the Bidens have met in their travels.”

Any mention of the little girl not invited to Christmas? Nope. As The Daily Wire reported, news outlets either can’t count or simply have no interest in the mean stunt. Here’s the AP’s Darlene Superville. 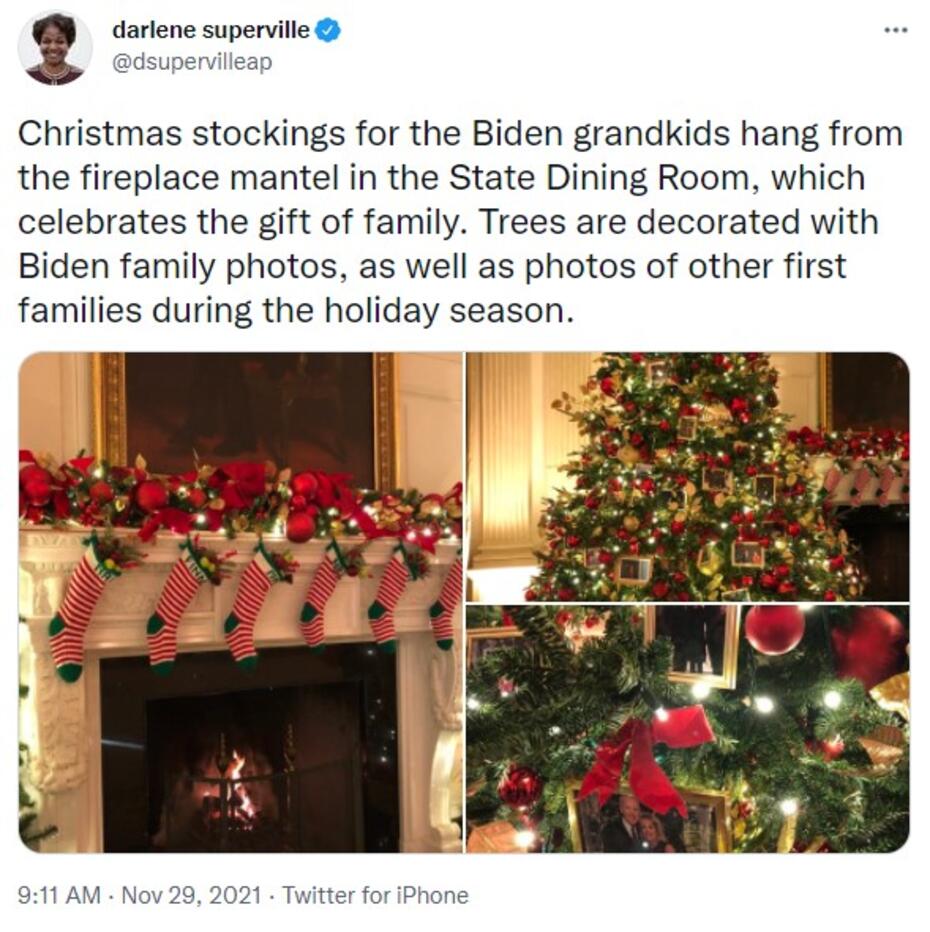 As the Daily Wire and the New York Post reported, Hunter’s stripper girlfriend was on his consulting firm’s payroll, according to the infamous laptop. The  Post wrote in June:

The former stripper who bore Hunter Biden’s out-of-wedlock child — and who he claims that he has no memory of meeting — was on his consulting firm’s payroll during her pregnancy, text messages retrieved from his laptop reveal.

But considering the media’s efforts to bury the laptop scandal, it’s no surprise that journalists want to ignore Joe and Jill Biden giving their seventh grandchild a lump of coal at Christmas.