CNN’s Lament: Biden ‘No Longer Gets Credit Simply for Not Being Trump’ 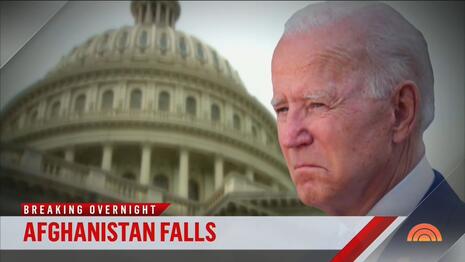 Afghanistan is descending into chaos, thousands of Americans trapped in the country and women and children terrified of an emboldened Taliban. But CNN has spotted another danger: “Biden no longer gets credit simply for not being Donald Trump.” Yes, that’s an actual sentence from a CNN.com analysis on the disaster of the last week.

Perhaps worrying that the President can't stand up to that simple level of scrutiny, the headline noted, "Biden's presidency is under scrutiny as never before over Afghan chaos."

White House reporter Stephen Collinson conceded this is all not going well for the Democrat: “President Joe Biden is struggling against an intensifying examination of his judgment, competence and even his empathy over the chaotic US exit from Afghanistan.”

Given how Democrat-friendly Collinson usually is, the Afghanistan disaster shows just how unspinnable the situation has become (at least for now). The CNN journalist conceded:

Biden is failing to adequately explain why he so badly failed to predict the swift collapse of the Afghan state. And his credibility has been sullied because his confident downplaying of the risks of the withdrawal has been repeatedly confounded by events.

It was then he lamented, “Seven months into his term, Biden no longer gets credit simply for not being Donald Trump.”

Collinson even warned Biden of future peril to his presidency:

Biden's defensiveness, imprecision and apparent changes of position hardly project confidence or competence during an extraordinarily sensitive crisis on hostile foreign soil. Anytime a commander in chief does not appear in control or is in denial of obvious developments is a moment that threatens to inflict political damage.

Shockingly, Collinson even dismissed the idea of blaming all this on Trump:

The issue is not even over the President's decision to leave a war that long ago lost public support.

Instead, he is being asked to answer for things that were in his power to influence: the poorly planned evacuation effort, the failure to speed up visa processing for thousands of Afghans and the missed opportunity to get US citizens out earlier.

For some context on this journalist, here’s what NewsBusters Executive Editor Tim Graham wrote of Stephen Collinson back in April:

Stephen Collinson is well-known among conservatives as the most hackneyed of the hacks at CNN. The CNN Politics Twitter account promoted his latest online essay with the words “President Biden to showcase his moderate radicalism in his big congressional address.”

Collinson argued "Biden's quiet radicalism is expressed through a huge pandemic rescue bill, a larger proposal that redefines the concept of infrastructure, and a massive health and child care blueprint.” In other words, a socialist blueprint

So it’s quite a feat to see yet another liberal stalwart slam the President. It shows just how dangerous the situation is, and how it may be unspinnable even for some liberal journalists. For now, that is. Give them some time, though, and liberal journalists will turn to the work of propping up Biden.