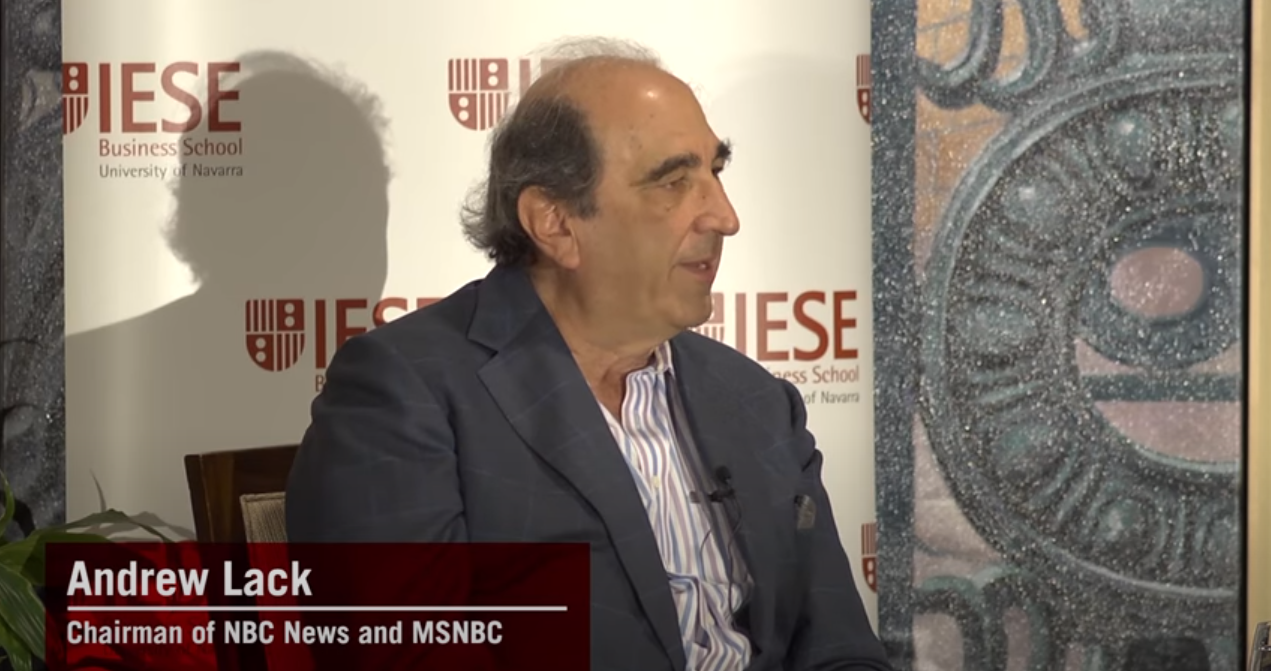 Usually, our NewsBusters FLASHBACK items showcase liberal news media examples a little older than a week. But this one is too good to forget. On April 27, NBC News President Andy Lack published a haughty op-ed for the network’s website Think. It was titled, “Journalism is under attack from coronavirus and the White House. But we're winning.”

One week after this op-ed was published, Lack was fired by NBC News.

In the column, Lack lectured:

In the last decade, the ugliest and most cunning threat to journalism comes from leaders in different parts of the world increasingly questioning not just the veracity of what is being reported, which isn't new, but the integrity of those who report it, which is. Some leaders have gone further and egged on their supporters to target and harass anyone they don't approve of in the media.

President Donald Trump came into office railing against many of the foundations of our democratic institutions, including a free press. Forty months into his administration, coverage of the coronavirus outbreak is the latest sign that — contrary to conventional wisdom — he hasn't laid a glove on serious journalism.

The day after the firing, investigative journalist Rich McHugh, formally of NBC News, confirmed that the network is under investigation by the New York Attorney General for sexual harassment. NBC, of course, is the network of disgraced alleged sex abuser Matt Lauer and the outlet that buried the Harvey Weinstein story. What was that about serious journalism?

As for what real reporting should be, the soon-to-be-fired executive explained:

Despite these challenges, what has become powerfully clear during this pandemic is that the heart of journalism has never been stronger. As ever, journalists are asking tough questions and going where the facts lead. Not looking to win any popularity contests — just doing what Woodward and Bernstein inspired my generation and the generations that followed to always do: seek the best obtainable version of the truth.

Tell that to the victims of Harvey Weinstein.

Journalism is under attack from [the] coronavirus and the White House. But we're winning.

At this dark hour, Americans are scared. They're hungry for accurate information and the unvarnished truth. Now, and in all the days to come, journalists will be there.

Some may be winning, but it sure doesn’t seem like the now-fired Lack.