Liberal View co-host Joy Behar on Tuesday defended Joe Biden against sexual assault allegations, lashing out against those who would suggest Biden step aside. She hypocritically whined about the left having to be “pure as the driven” snow unlike conservatives. The View host probably doesn’t want to be reminded of her noxious defense of “dog” Bill Clinton and of Ted Kennedy. Not exactly #MeToo saints.

But first, here’s Behar: “Somebody was writing a piece in The Washington Post about how [Biden] should step aside. Absolutely not. Absolutely not.... A half dozen accusers on the other side [for Trump]. I don't hear anybody saying Trump should resign.”

The Post op-ed that Behar was referring to is by Democrat Lyz Lenz and it’s headlined, “Biden should step aside. We can’t sacrifice another woman for political gain.” Lenz wrote, “Many Democrats are twisting themselves into rhetorical pretzels to justify ignoring Reade’s allegations

It happened with President Bill Clinton after the allegations of sexual misconduct from Juanita Broaddrick, Paula Jones, Kathleen Willey, Leslie Millwee and Monica Lewinsky. (In light of the #MeToo movement, Lewinsky has come to describe her relationship with Clinton as a “gross abuse of power.”)

Indeed, this is so. And one of those defenders of Bill Clinton was Behar. On January 5, 2016, Behar was confronted by token conservative Paula Faris with the rape and assault allegations against Clinton. Then-co-host Faris reminded: “Juanita Broaddrick, Kathleen Willey. They say that he [Clinton] either exposed himself to them, raped them or groped them.” Behar openly admitted her double standard: “He is a dog. Let’s face it.” She later declared, “But I still will vote for Bill Clinton because he votes in my favor.”

It wasn’t just Bill Clinton. Speaking of Ted Kennedy, who in1969 left a woman to drown in an overturned car, she justified: “Chappaquiddick. I mean, a girl drowns and he abandons her and she drowned and women still voted for Teddy Kennedy. Why? Because he voted for women's rights. That's why.”

On Tuesday, Behar fumed at the idea of dumping Biden: “The right-wing does not apologize. They don't mind being hypocritical. Why are we so pure as the driven snow? I mean really.”

On the #MeToo issue, one phrase that should be never applied to Behar is “pure as the driven snow.”

A partial transcript of the May 5 segment is below. Click “expand” to read more. 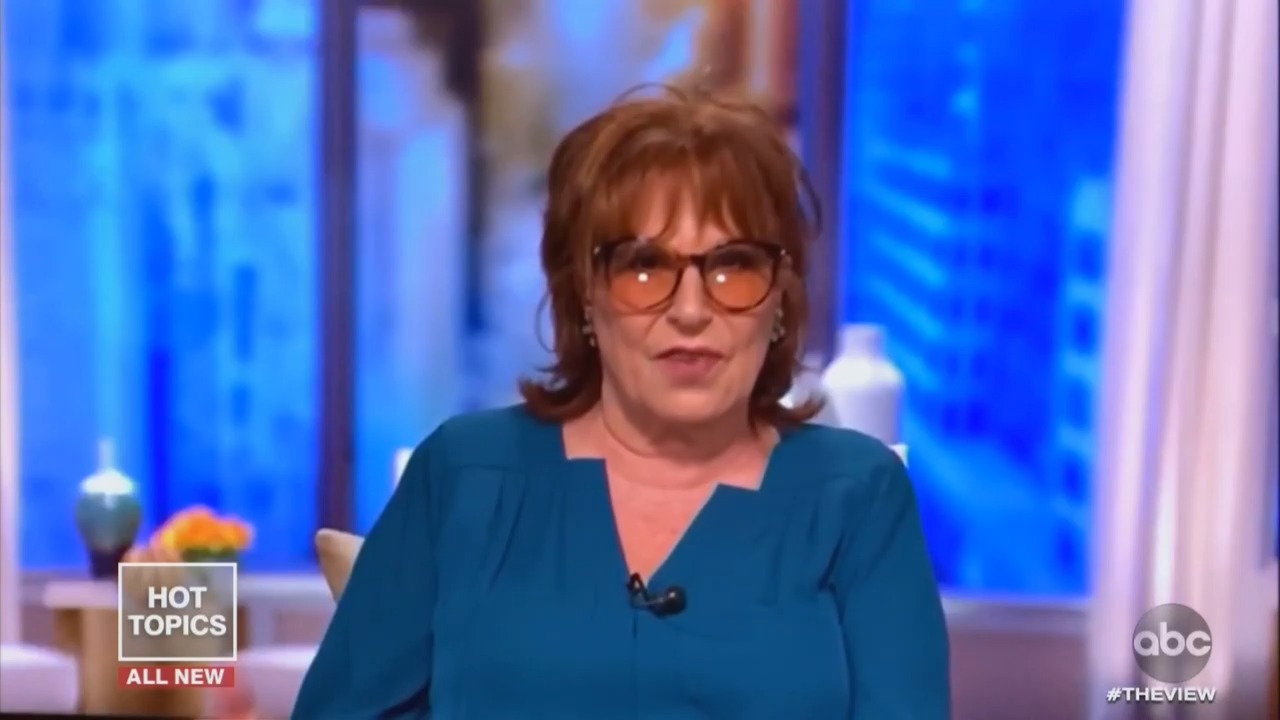 JOY BEHAR: Yeah. Well, I think he's done what he can do. He's already asked for the transparency. He's asked for an investigation. And that's basically -- What else can he do? He said he didn't do it. Now we need to look into it. That's the situation. You know, I have a question. When he was running for vice president, don't you think Obama would have thoroughly vetted this? I mean, President Obama, the first black president to ever been in the office in this country. He's already nervous that the country is going to turn on him because of his color. Don't you think he would do an incredibly thorough investigation of his vice presidential candidate? I mean, so there's that.

GOLDBERG: One would think.

BEHAR: One would think. As far as -- somebody was writing a piece in The Washington Post about how he should step aside. Absolutely not. Absolutely not. I mean, we have as you just pointed out, a half dozen accusers on the other side. I don't hear anybody saying Trump should resign. I only hear that from our side, or my side anyway. I'll speak for myself. Because I do think he should resign. He's incompetent and inept leader. He doesn't know what he's doing. That's basically it. I mean, the right-wing does not apologize. They don't mind being hypocritical. Why are we so pure as the driven snow? I mean, really. I still say we believe her until we don't believe her.