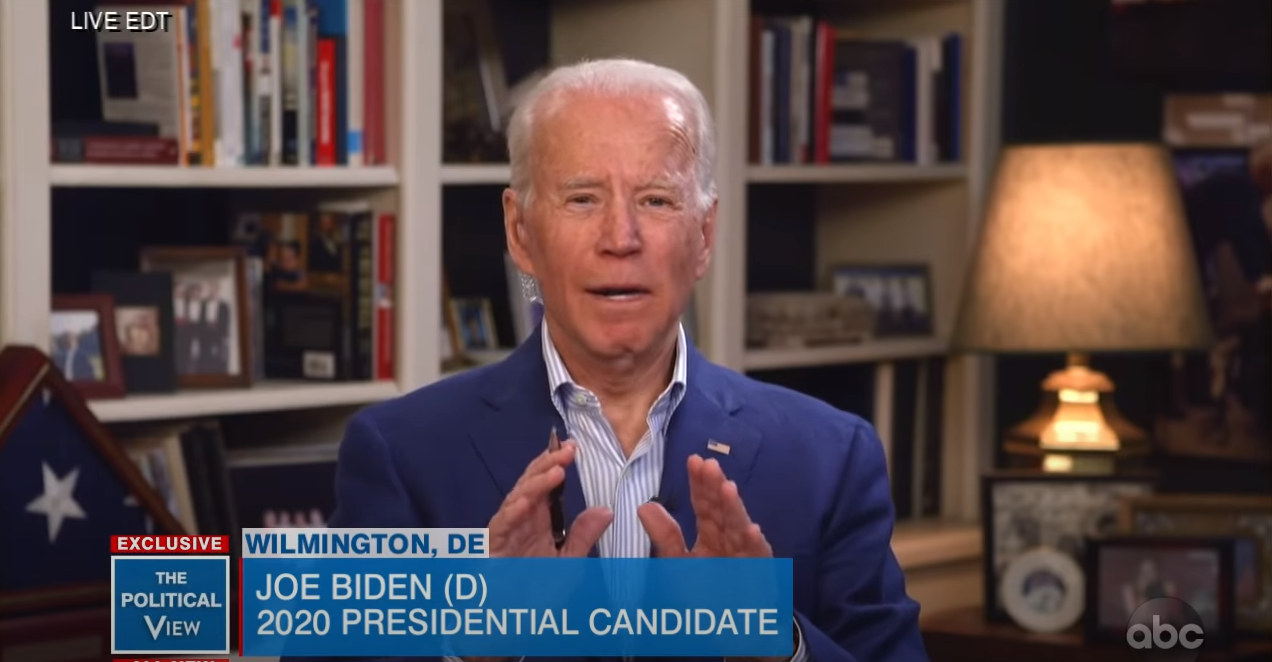 Almost three weeks after a woman accused presumptive Democratic presidential nominee Joe Biden of sexual assault, The Washington Post on Monday finally noticed the story and reported it on the front page. However, the 3000 word article offered extreme skepticism about the accuser that is not often shown if the alleged perpetrator is a Republican.

The headline on the front page of the print edition read: “Woman accuses Biden of sex assault,” as if it just happened. (The allegation broke on March 25.) The sub-headline began the skeptical tone that Tara Reade would endure. It announced, “[Biden's] campaign denies allegation from former Senate staffer.” Inside the paper, the A-14 headline offered another assist to the 2020 Democrat: “Then-supervisors say they heard nothing about an assault.”

Trying to justify just getting to this story, the Post’s Beth Reinhard, Elise Viebeck, Matt Viser and Alice Crites explained:

A California woman who last year said Joe Biden touched her neck and shoulders when she worked in his Senate office in 1993 is now accusing him of sexually assaulting her that year in a semiprivate area of the Capitol complex, an allegation the Biden campaign strongly denies.

The Washington Post has been examining Tara Reade’s allegation over the past three weeks, since she said on a podcast that Biden had pinned her against a wall, reached under her skirt and pushed his fingers inside her. At the time, she was a 29-year-old staff assistant.

Trying to balance this horrific accusation against Biden, the reporters typically brought it back to Donald Trump:

The former vice president has been accused of unwanted hugging and other physical contact, but The Post found no other allegations against him as serious as Reade’s. More than a dozen women, by contrast, have accused Trump of forced kissing, groping or sexual assault, and he has been recorded on audio boasting about grabbing women between their legs.

This sounds similar to a New York Times tweet so awful that it was quickly deleted. The Times official account offered this jaw-dropping take: “We found no pattern of sexual misconduct by Biden, beyond hugs, kisses and touching that women previously said made them uncomfortable.”

Biden’s accuser is a liberal Democrat and ardent Bernie Sanders supporter. She has some very weird beliefs about Vladimir Putin, calling him “compassionate” and “caring.” But weird ideas don’t negate serious accusations. The Post felt the need to undermine her account with this section:

After Reade went public with her account of harassment, she faced a backlash on social media. Her effusive praise for Russian President Vladimir Putin — she described him in a Medium post in December 2018 as a “compassionate, caring, visionary leader” — led to attacks that she was seeking to advance Russian interests.

#MeToo advocate Rose McGowan, an actress who accused Harvey Weinstein of rape, slammed the skeptical response by the Post: 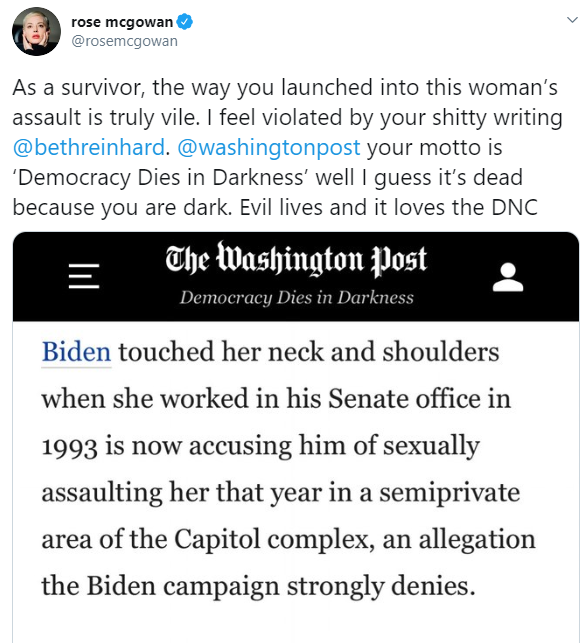 In contrast, The Washington Post in 2019 asked “where’s the outrage” for a sexual abuse accusation against Donald Trump. Writing in the Post’s then-free supplement The Express, political reporter Amber Phillips decried:

A woman has accused President Trump of forcefully sexually assaulting her, and powerful politicians on both sides of the aisle aren’t really that outraged. In fact, many of them don’t seem focused on E. Jean Carroll’s accusations at all, according to a Washington Post survey of top lawmakers this week.

The tone is a bit different than the opening for the (belated) story on Biden, wouldn’t you say?