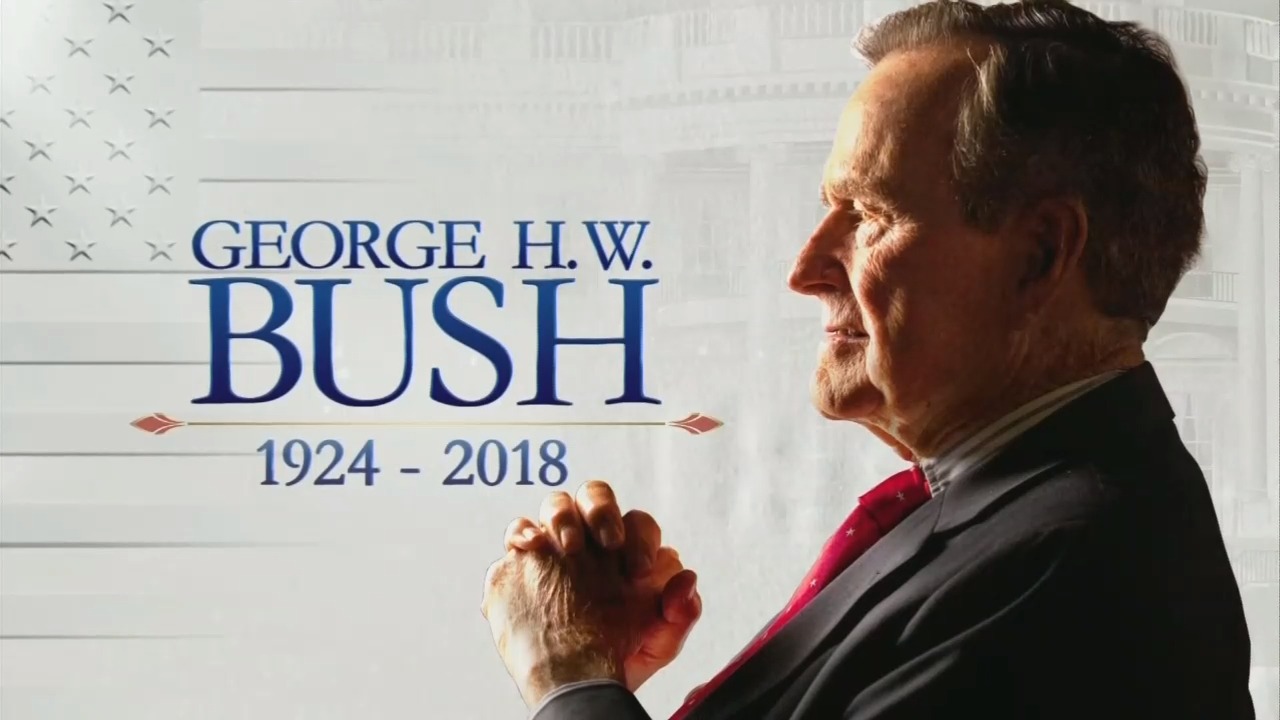 One year ago today, on November 30, 2018, George H.W. Bush passed away. And while there was some very positive coverage, MSNBC and CNN made sure to hammer the former President for “racial animus.” He was, after all, a Republican.

During live coverage on December 1, just hours after Bush’s death, MSNBC analyst Eddie Glaude insisted, “We have to bring up with Willie Horton.” Glaude sneered, “Dukakis was leading and then that ad started running. And the way in which he appealed to racial animus.”

Speaking of the just-dead President, Glaude trashed, “So, there’s a way in which he would do anything to get elected.” Finally, he managed some compliments: “His commitment to the country. We can disagree with the policies, but one thing we can't question it and that is his loyalty to the country.”

Susan Page of USA Today complained of Bush’s “more conservative position on civil rights when he was in Texas.” She hammered:

It is true that he was a part of a movement of the Republican Party that took advantage of situations.... It's one of the ways Republicans made inroads in Texas and across the south with those southern, those white southern Democrats to convince them to vote first for Ronald Reagan and for the Republicans who followed Reagan.

Over on CNN at 2am, the network credited the Horton ad with Bush's 1988 presidential victory:

JOHN KING: Bush and his allies made up the ground by attacking Dukakis as too liberal, soft on defense they said and soft on crime.

WILLIE HORTON AD: His revolving door prison giving furloughs to first-degree murderers not eligible for parole. One was Willie Horton, who murdered a boy in a robbery, stabbing him 19 times.

KING: The strategy worked. In the end, Dukakis lost 40 states and Bush was president.

(A portion of this article is adapted from a previous one I wrote here.)

Shortly after the announcement that Bush had died, AP tweeted this distasteful summation: “George H.W. Bush, a patrician New Englander whose presidency soared with the coalition victory over Iraq in Kuwait, but then plummeted in the throes of a weak economy that led voters to turn him out of office after a single term, has died. He was 94.”

It's since been deleted, but we saved a screen capture: 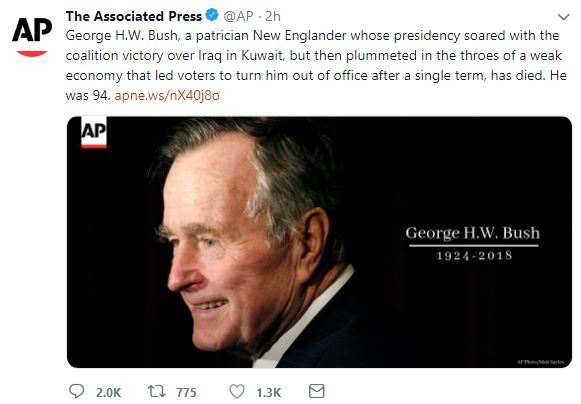 For more on that, see managing editor Curtis Houck's take here. And for more examples from our flashback series, which we call the NewsBusters Time Machine, go here.