FLASHBACK: Journalists Were Puzzled the LAST TIME Beto Bombed... Back in 2018 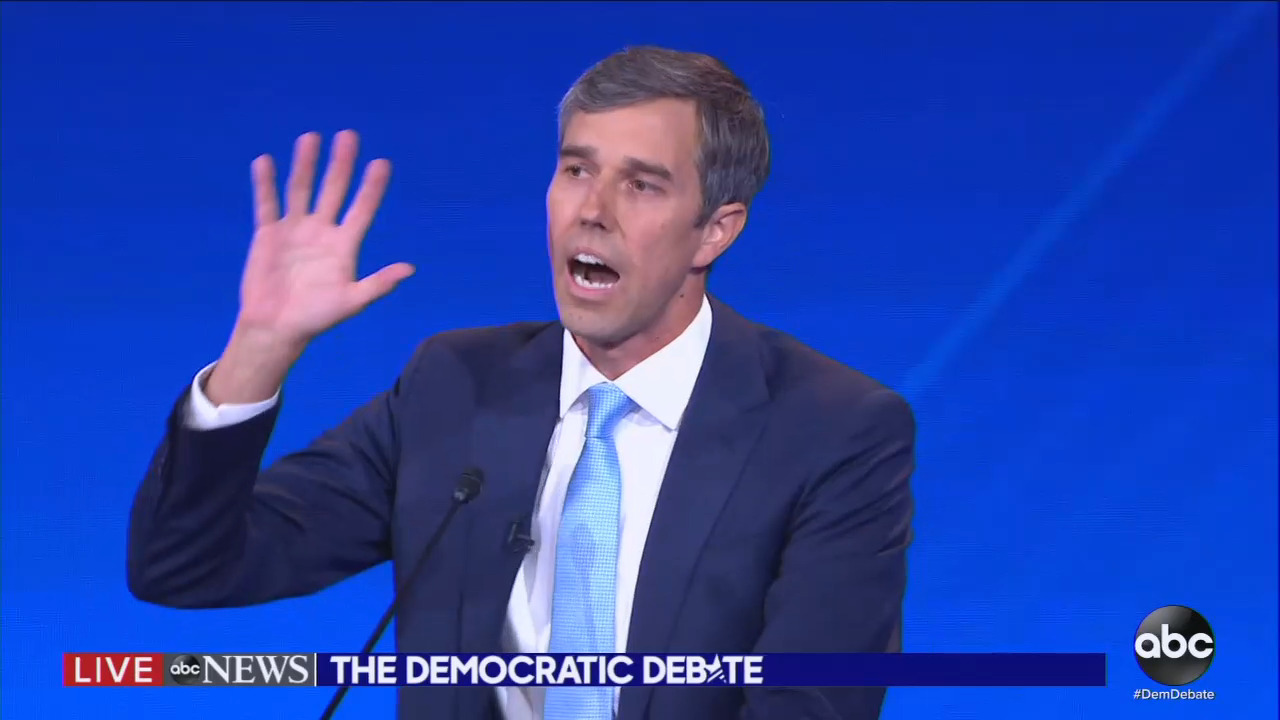 If it seems like journalists have been excited about Beto O’Rourke for years, they have. The 2020 presidential candidate announced on Friday that he is dropping out after cratering, hovering at 2.1 percent nationally. This is despite fawning media coverage. A look back at his last campaign, a run for the U.S. Senate against Ted Cruz in 2018, finds puzzlement at lack of success.

It was one year ago this week, on the October 29, 2018 edition of MSNBC Live, host Ali Velshi was confused: “O’Rourke has received a lot of national attention because of his charismatic campaign style. But it’s not clear if that national charisma can translate into Texas votes.” Reporter Garrett Haake was equally confused: “It is the Beto Paradox. There is all this energy around this candidate, he is raising a ton of money, but when we see the polls, it doesn’t translate.”

After offering several explanations, such a the conservative nature of Texas, Haake concluded, “So all of that is a long way of saying we are still trying to solve this puzzle of how that energy will translate into votes.”

O’Rourke ended up losing to Cruz and he did far worse in a presidential bid.

For more examples from our flashback series, which we call the NewsBusters Time Machine, go here. Below is a transcript of the October 29 segment. Click "expand" to read more. 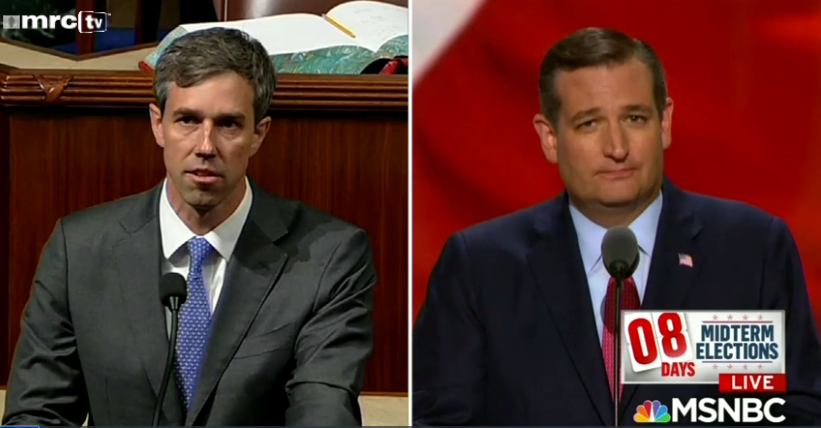 ALI VELSHI: Coming up, our road warrior blitz. With eight days to go until the midterms, we’re on the trail with Texas Democrat Beto O’Rourke, who’s looking to unseat Republican Senator Ted Cruz in one of the most closely watched races in the country. And with Cruz’s lead steadily shrinking, there’s a real possibility that O’Rourke could win a shocking upset next Tuesday.

ALI VELSHI: Alright, we’re entering the final full week of campaigning ahead of the midterm elections and the NBC News road warriors are out in force, reporting on key candidates and issues in states we’re watching next week. One hotly contested race is Texas, where Democratic Congressman Beto O’Rourke is trying to unseat incumbent Republican Senator Ted Cruz.

O’Rourke has received a lot of national attention because of his charismatic campaign style. But it’s not clear if that national charisma can translate into Texas votes. The latest Real Clear Politics average shows Cruz up by nearly seven points and a source with knowledge of the Cruz campaign’s internal polling tells NBC News the Senator’s lead is in the low double digits. However, a new Quinnipiac poll out today gives Cruz just a five-point lead over O’Rourke, and that is with a margin of error of plus or minus 3.5 points.

MSNBC’s Garrett Haake is traveling with O’Rourke, and he joins us now from the town of Lubbock. Garrett, make sense of this for us. The polls in this race were tight, then Cruz started pulling ahead, now the race might be tightening again. What do you make of it?

GARRETT HAAKE: It’s a wild race, Ali, that’s the bottom line. I’m in Lubbock, Texas, this is one of the reddest parts of the state. Donald Trump won this county with about 70% of the vote in 2016. But it’s also home to Texas Tech University, a huge university, lots of young people. And I’ve gotta tell you, they are fired up about Beto O’Rourke. We just finished a rally here, about a thousand people in this room behind me essentially screaming at the top of their lungs for the Congressman from El Paso.

It is the Beto Paradox. There is all this energy around this candidate, he is raising a ton of money, but when we see the polls, it doesn’t translate. That five-point poll you mentioned today, one of the closest margins that we’ve seen between O’Rourke and Cruz. So for his part, Beto O’Rourke says he does not employ a pollster on his campaign and he’s looking more at the early vote than the polling data. Here’s what he told me when I asked him about those polls this morning.

REP. BETO O’ROURKE [D-TX]: I don’t think these polls are on the minds of our supporters or of most Texans. We’re seeing early voter turnout that not just surpasses 2014, but in many counties, rivals 2016, a presidential year. This from a state that been ranked 50th, dead last, in voter turnout. So I think that folks are defying the party labels, the polls, the PACs, the outside groups, and they’re just getting after it and deciding the future of this state and of this country. And so, I’m grateful to be a part of it. I’m going to give it all that I’ve got. And I know that if each of us does that, on the sixth, we’re gonna celebrate a victory.

HAAKE: And, Ali, he’s not wrong about the early vote, it really has been extraordinary in Texas. More than three million Texans have already cast their ballots. There’s only about 15 million registered voters in the state. It’s a huge, huge number of these early votes. Now, that being said, the majority of those votes being passed are being cast by Republicans. What people around Texas will tell you, and what Beto supporters will tell you, is there are a lot of Republicans in their midst. Folks who, for a long time, maybe identified themselves with George Bush or with Rick Perry or with Mitt Romney, but who don’t see themselves in Donald Trump’s Republican party and who are willing to vote for Beto. So all of that is a long way of saying we are still trying to solve this puzzle of how that energy will translate into votes. And we’re going to be watching this one right down to the wire, Ali.

VELSHI: Yeah, I suspect we will be a week and a day from now still trying to solve that puzzle. But we have you there trying to give us clues, so thank you, Garrett. Always good to see you in your home state of Texas.