This MSNBC Regular Slimes Revolutionary Flag on Nike Shoe: Like a ‘Swastika’

According to New York Times opinion contributor Michael Eric Dyson, the Revolutionary War-era flag at the heart of a controversy with Nike is just like a “swastika” or burning a cross. MSNBC featured Dyson the day before the Fourth of July to slime the Betsy Ross flag as a symbol of hate.

Talking to host Hallie Jackson, Dyson excoriated the flag and offered outrageous comparisons: “Symbols matter too. Why don't we wear a swastika for July Fourth?... It makes a difference. The cross burning on somebody's lawn. Why don’t we have a Nike, you know, celebration of the cross?”

Justifying Nike’s move to not sell the shoes, Dyson (who used to guest host on MSNBC) insisted, “It's amazing to me the people that people that cry the loudest about PC are the ones who didn’t show up when the offense first occurred, who didn't defend the people who were victims of white supremacy or racism or sexism or misogyny.”

In a story airing just before Dyson’s appearance, reporter Stephanie Gosk referred to the “so-called Betsy Ross flag.” She noted that the flag “has been flown at some nationalists and American Nazi rallies. Some say it celebrates the time of slavery.” She noted that Ted Cruz is “renewing calls for a Nike boycott.” 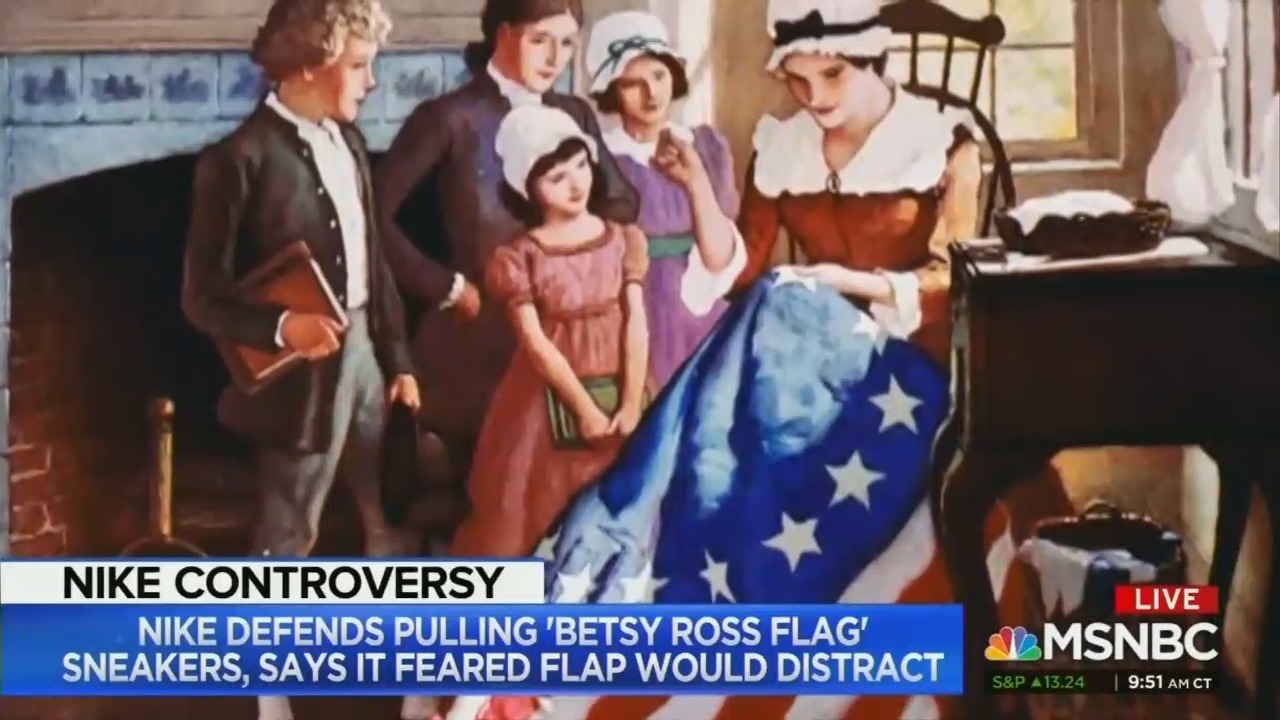 HALLIE JACKSON: Nike and Collin Kaepernick are back in the center of the culture wars. The latest over these sneakers which featured an early American flag. Look at them here, 13 stars representing the original 13 colonies. That was until Nike pulled them because to some that represents a symbol of hate and slavery. Others defend it as as a patriotic symbol of the revolutionary war.

JACKSON: What do you make of those who say, “Why let those, sort of, right-wing, white supremacists groups win?” Why not reclaim the flag, if you will? 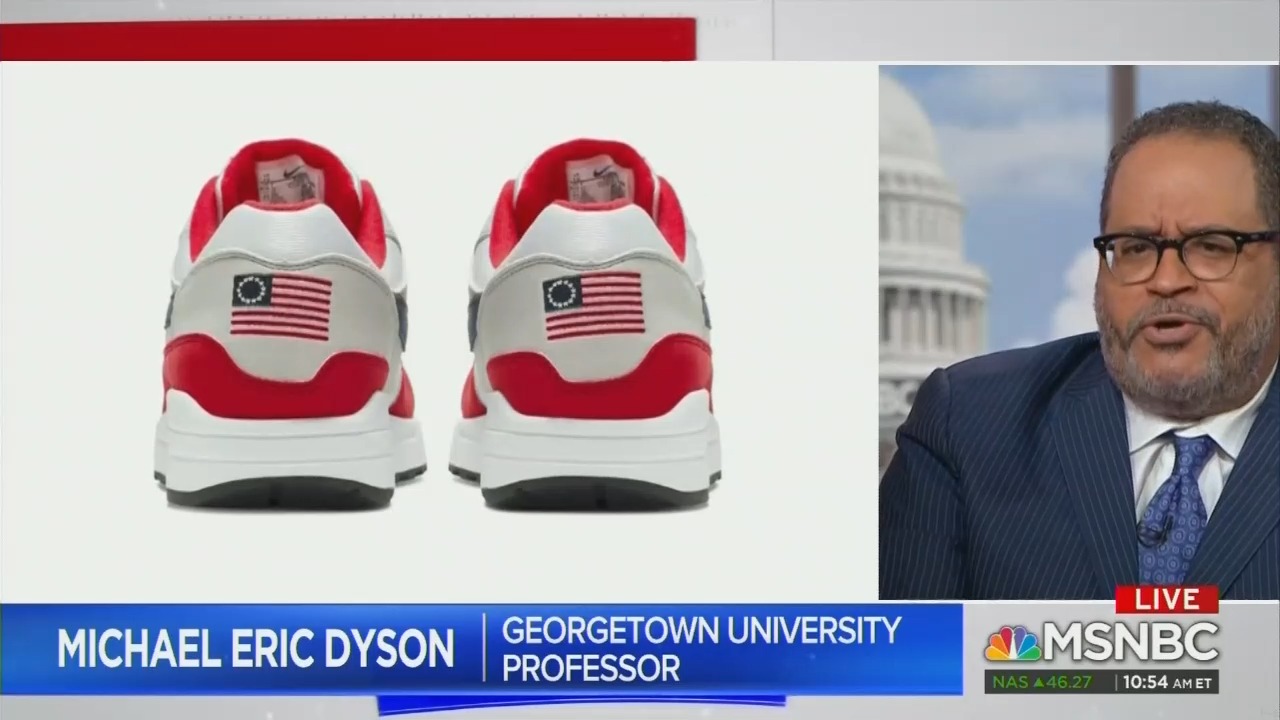 MICHAEL ERIC DYSON: That would be beautiful. I don’t hear anything coming from the right about that. I don’t hear them saying, “This is not — ”

JACKSON: And you think the onus is on the right to do that?

DYSON: Well, yeah, because the left is responding. They're saying this flag is problematic. They are giving their interpretation. It's similar to what the Confederacy has done. They've lost the war but they won the battle of interpretation. This is waging a war of interpretation on the landscape of American popular culture for the collective mind set of America. People have their right to weigh in as they choose. But the reality is that  this flag has represented something that's offensive and if people want to he claim it, do so. It's like the argument about the statues. The statues are there for education. Hmm, I don’t hear people talking about Robert E. Lee as a moment of educating us about the efficiency viciousness of white supremacy. So, were that to occur, it would be great. It just hasn't happened.

JACKSON: What about the argument that some have made that this is PC culture run amuck, if you will? If Nike wants to put this flag on their shoe, why are people so upset about it?

DYSON: Yeah, because words matter. Symbols matter too. Why don't we wear a swastika for July Fourth? Because, I don't know? It makes a difference. The cross burning on somebody's lawn. Why don’t we have a Nike, you know, celebration of the cross? Well, because the those symbols are symbols of hate. So, we can take PC culture back. It's amazing to me the people that people that cry the loudest about PC are the ones who didn’t show up when the offense first occurred, who didn't defend the people who were victims of white supremacy or racism or sexism or misogyny. But now pop up and say, “Hey, let's not be too PC.” If you haven't fought the battle, If you haven’t celebrated the process, you can’t acclaim the product. So, at this point I think people need to be honest about it and say, “It’s not a matter of PC.” There are many within communities of color who understand complexity, complication. You can’t have it the way you want it. But something so glaring and so apparent, that has to be dealt with.