WashPost Trashes ‘Gaffe’-Prone Melania: She Is ‘Just Plain Bad at This’ 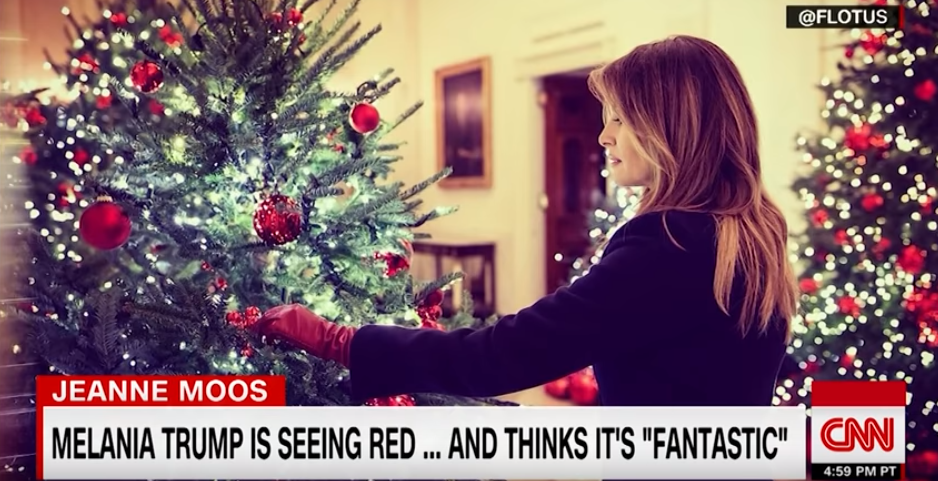 The Washington Post on Thursday published a nasty, dismissive attack on Melania Trump, mocking the “gaffe”-prone First Lady and insisting she is just “just plain bad at this.”

In the kind of attack not seen on other first ladies (or at least Democratic First Ladies), columnist Monica Hesse tried to make some sort of conversation about the role of the position: “Every time Melania Trump makes another odd gaffe, I can’t help but see it as a useful thing for gender equality.”

Proving that nothing is beyond politics, Hesse referenced a horror movie in relation to the White House’s new Christmas decorations:

This week, her office unveiled the White House Christmas decor, which included a roomful of blood-red trees that looked like leftover props from The Babadook— and let me tell you, Melania has definitely given us a useful conversation.

After citing Twitter attacks on the First Lady, Hesse move onto a discussion of why her cookies aren’t up to par:

Sure, there were ways to explain it. Maybe the cookies were mild because the former model avoids rich foods. Maybe the recipe was nonspecific because Melania mixes the ingredients by instinct. The more obvious explanation, though, is the one exemplified by the terrifying arboreous formation currently looming in the White House’s East Colonnade: Melania is just plain bad at this.

The Post journalist then circled back to excoriating the White House decor: “And, yes, a few days ago, she apparently inspected a gantlet of murderous trees and some janky-looking wreaths made of Be Best pencils, and her reaction was, Looks good!”

Instead of sending out contorted messages trying to prove Melania is great at the job — her spokeswoman explained the first lady’s absence by saying she wanted “to let the decorations speak for themselves” — the White House should go with what appears to be the truth: This isn’t her thing. She doesn’t care.

Imagine such a nasty, critique from the liberal media on, say, Hillary Clinton or Michelle Obama.