Liberal MSNBC journalist Chris Hayes admitted reality on Tuesday and tweeted that haranguing people about global warming is a “ratings killer.” This is the same man who once starred in an ad where he biked to work in order to save the planet. Now, he can’t be bothered.

After tweeting about the “disaster” that is climate change, he was called out for not doing stories his MSNBC show, All In. Hayes responded by lamenting how warming stories harm his ratings: 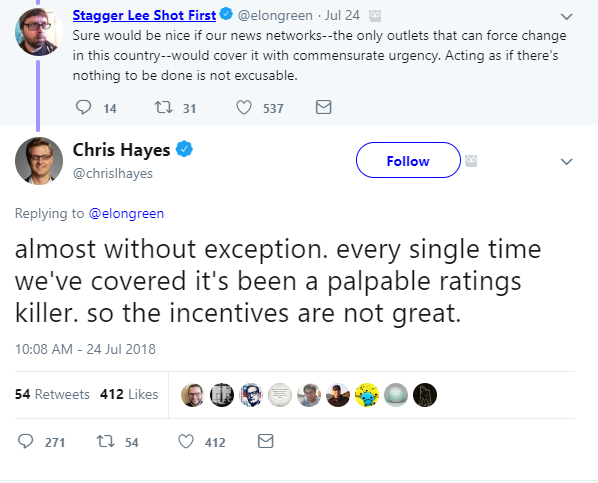 In another tweet, he responded to angry liberals by talking about “audience incentives” and “traffic stats.” The MSNBC base was not pleased: 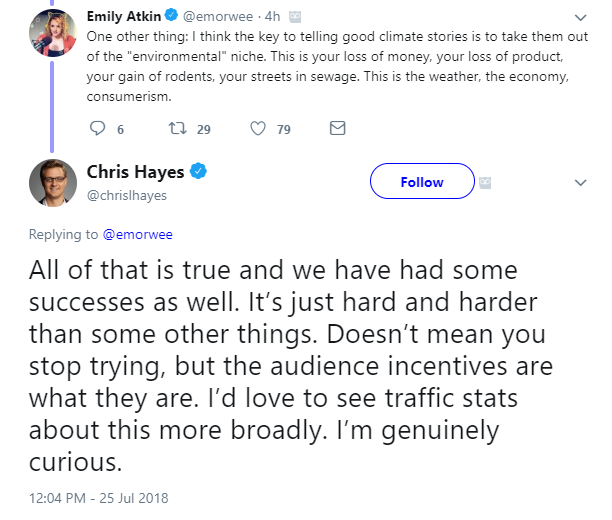 Apparently, Hayes was more concerned (and less ratings-conscious) in 2012 when he starred in a commercial riding his bicycle to work at MSNBC. In the spot, Hayes called climate change the “biggest governing challenge I think we have ever faced":

Climate change is the biggest governing challenge we face. It's the biggest governing challenge I think we've ever faced. One way or another, we're going to have to dramatically reduce the amount of carbon we're putting in the atmosphere and the scale and scope of that undertaking is every bit as transformational as the industrial revolution or the transition to the digital age.

One of the people who angrily lectured Hayes was Erin Biba. She hyperbolically slammed Hayes for being “complicit in the death of millions.” Unsurprisingly, she’s a journalist.