Is someone trying to save the CNN app from embarrassingly bad reviews? In the wake of the cable network appearing to threaten a Reddit user who created a video of Donald Trump punching the CNN logo, the average of Apple reviews for the CNN app plummeted to a one star rating. Now, the average has mysteriously disappeared. In place of the ratings is this note: “We have not received enough ratings to display an average for the current version of this application.” 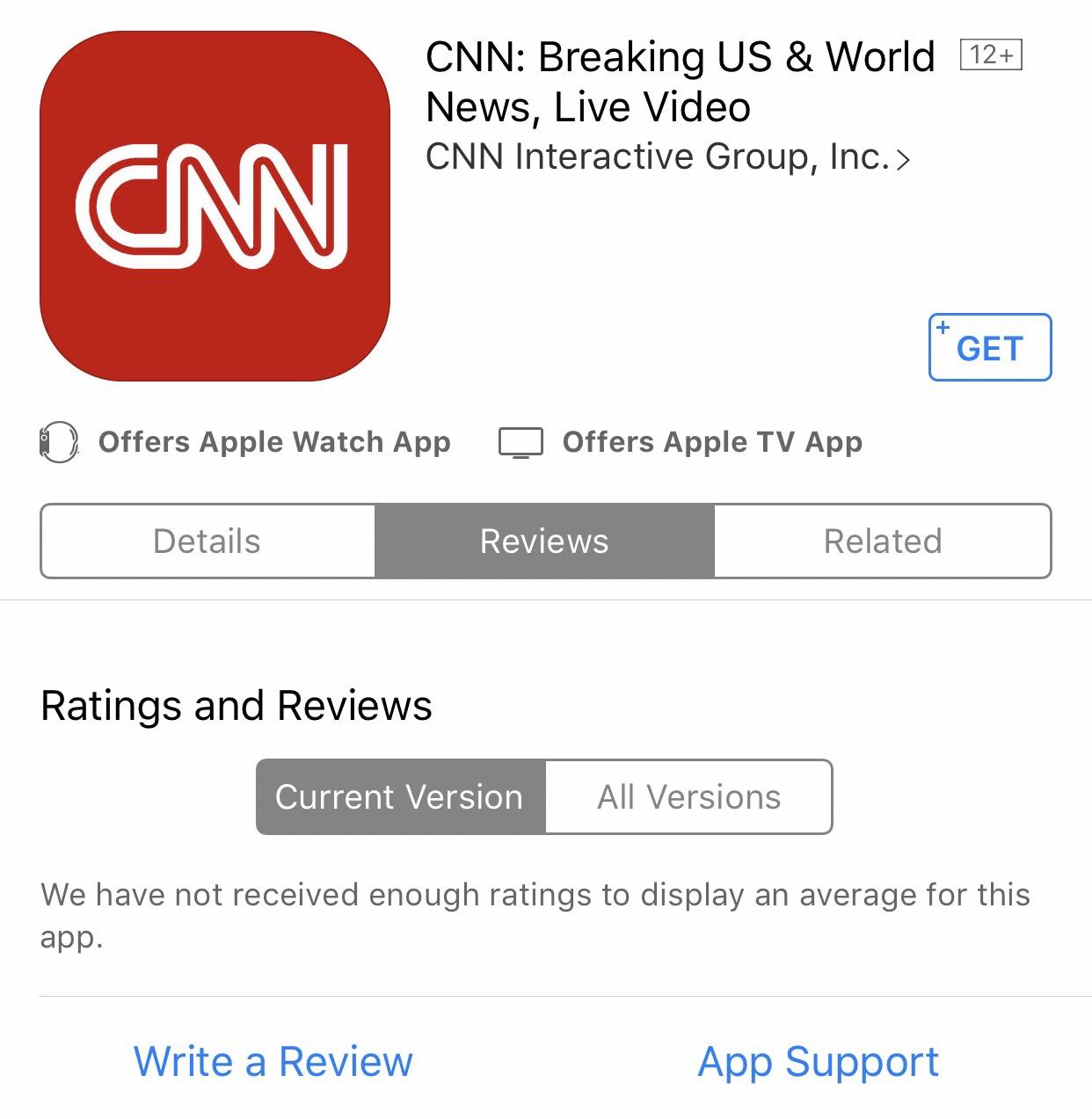 A look at other apps, such as BBC, NPR and The Guardian all have the starred ratings system intact.. CNN Politics, a separate app, still currently has its reviews in place. It stands at one star for the current version. The website Big League Politics found that a similar deletion has occurred on Google Play:

CNN is currently under fire from people across the political spectrum for its frothing anti-President Trump coverage and for blackmailing an online Meme creator into apologizing and refraining from making any more memes showing Trump beating up icons representing the CNN network.

Currently, the android version of the CNN app still has its reviews. The Daily Caller explained how CNN’s have tanked:

CNN plummeted to a one-star rating on Apple’s app store just days after the network published an article that appeared to threaten to publicly identify an anonymous Reddit user who made a video depicting President Trump body-slamming the CNN logo.

Out of 3,215 total ratings awarded to the CNN on the app store, 3,063 of them were one-star ratings. Angry users flooded the app with negative ratings on Wednesday and Thursday, with many of them outraged over CNN’s coverage of Reddit user HanAs.

If you are interested in making sure there are enough reviews of the CNN app for the rating system to return, go here.