Desperate to make some sort of historical connection, ABC and MSNBC over the weekend devoted a whopping four hours to prime time documentaries on Watergate. Aging documentaries aren’t exactly the first choice of these outlets, but as Robert Redford made clear on MSNBC, Saturday, America is close to a second Watergate: “Leaks. Secret tapes. Special prosecutors and presidential paranoia. When I hear those words today, they have a familiar echo to me.”

In his new introduction to All the President’s Men Revisited, the actor explained why MSNBC was re-airing a three-year-old documentary (made for the 40th anniversary of Watergate): “It struck me as prophetic and worth repeating today. We thought Watergate changed America and our political process. But did it?”

Get it? It’s timely because Trump is Nixon. Or something. In case the comparison isn't totally obvious, Redford wrote an op-ed for the March 31 Washington Post titled: “45 years after Watergate, the truth is again in danger.” 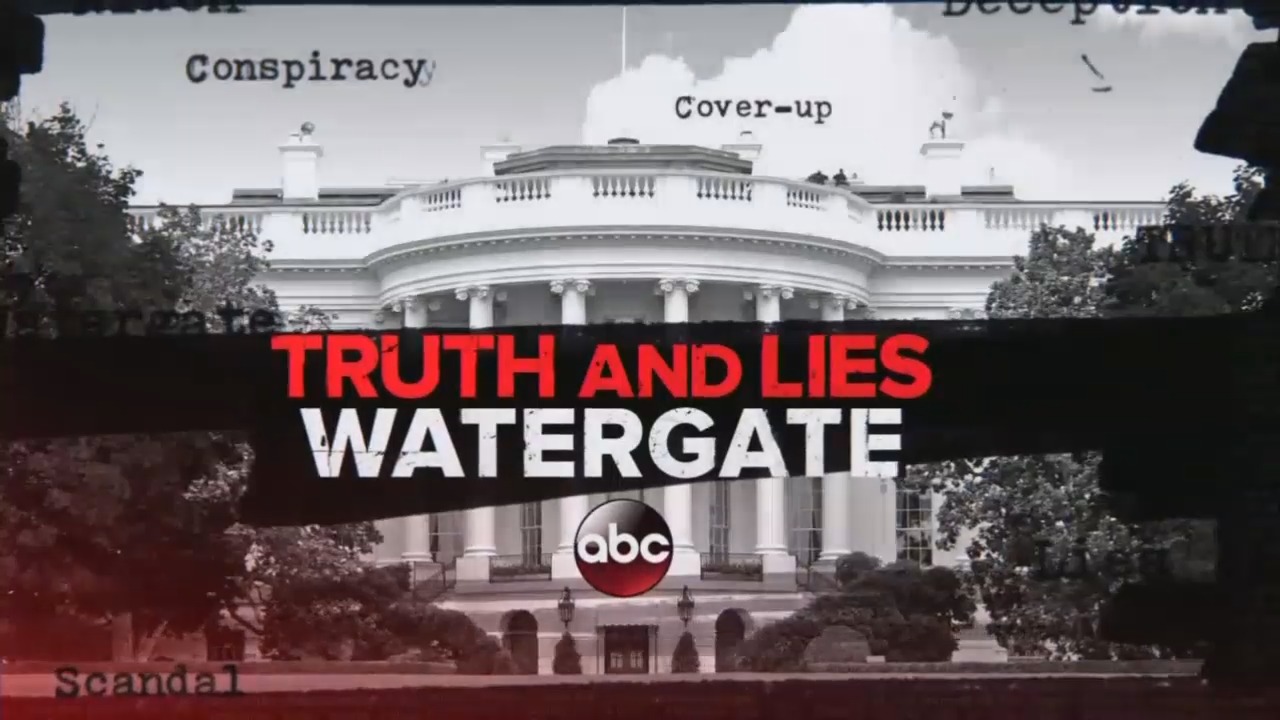 On Friday night, ABC aired a two-hour 20/20 special entitled, Watergate: Truth and Lies. This was slightly more subtle than MSNBC’s Trump comparison. The current President was not alluded to. Yet, it included interviews with questionable journalists such as Dan Rather. He complained, “This crisis basically was spawned and grew out of one man, Richard Nixon.” (Surprise, Rather thinks Trump is the new Nixon.)

Much of the special devolved into simple Nixon bashing:

TIMOTHY NAFTALI (Fmr. Director, Nixon, Presidential Library): Although Richard Nixon was never indicted, the evidence on the tapes and in the documents make it clear that there was a criminal in the White House. 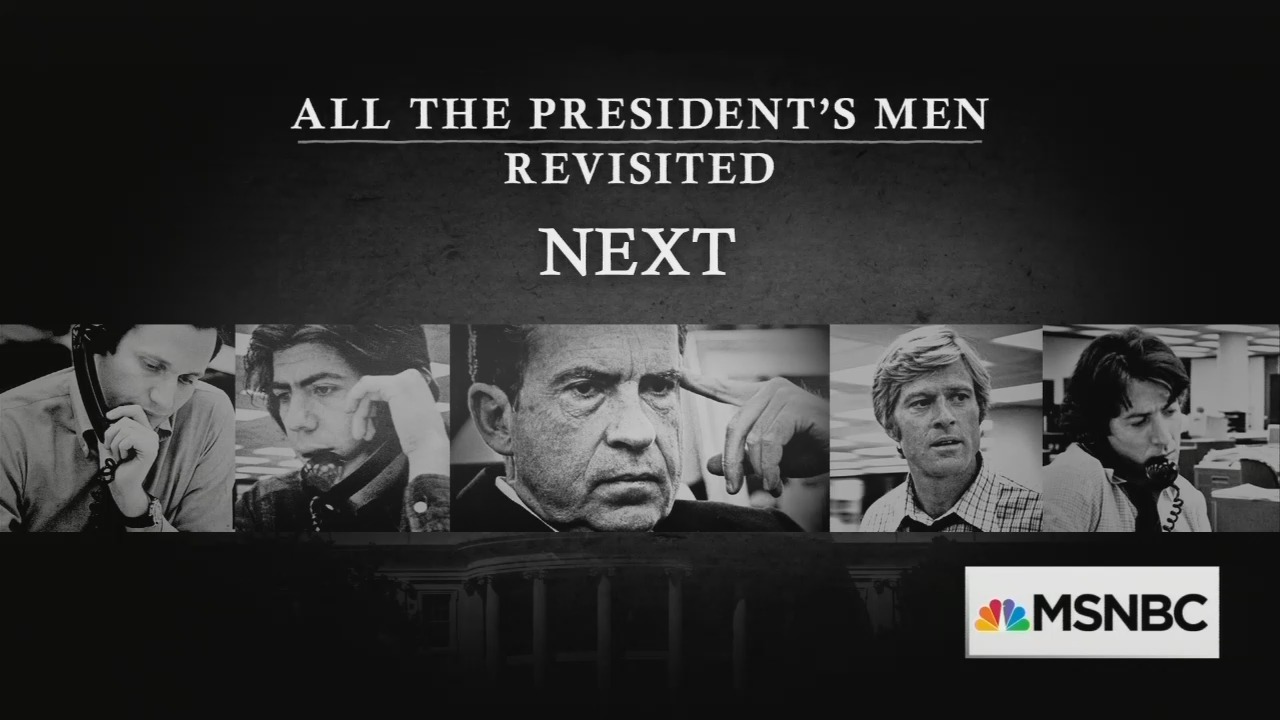 JILL WINE-BANKS (Special prosecutor’s office): When the president has no morals and is willing to lie, those are dangers for society. We can't allow the President not to regard facts as essential.

On May 23, the editor of The Washington Post convicted Trump, saying the Russian investigation “feels like” Watergate.

On May 21, CBS’s Bob Schieffer marveled over the “parallels” between Trump and Watergate.

A transcript of the MSNBC introduction is below: 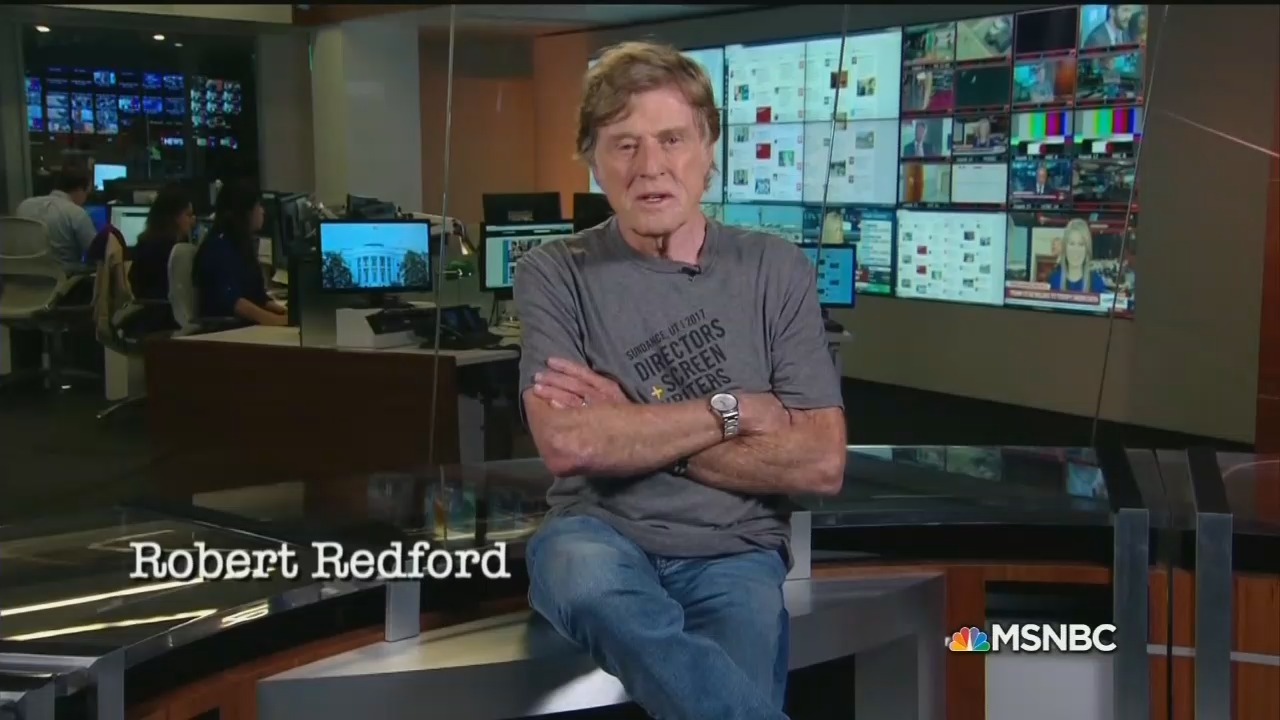 ROBERT REDFORD: Leaks. Secret tapes. Special prosecutors and presidential paranoia. When I hear those words today, they have a familiar echo to me. Forty years ago, I made the movie All the President's Men about how Washington Post reporters Bob Woodward and Carl Bernstein chased the Watergate story from break-in to cover-up to the first president to resign his office. The story of the scandal stayed with me. And a few years ago I produced a documentary about Woodward and Bernstein's detective story to uncover the truth. And it struck me as prophetic and worth repeating today. We thought Watergate changed America and our political process. But did it?