On April 9, 2016, the Boston Globe journalists imagined the horrific, future world of April 9, 2017. The Globe put together a fake news front cover with Donald Trump as president. One year later, the headlines haven’t aged well.  This one slimed: “U.S. soldiers refuse orders to kill ISIS families.”

Another predicted, “Markets sink as trade war looms.” Not exactly. According to MarketWatch, “Trump is enjoying the Dow Jones Industrial Average’s best performance in the initial 30 days of a presidential term since Franklin D. Roosevelt in 1945.” 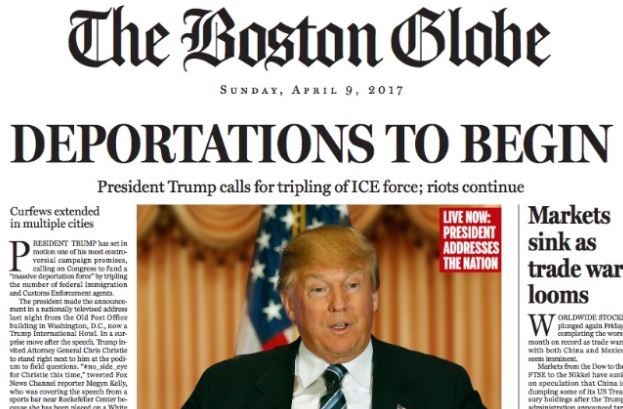 The chart with the faux article showed the Dow falling to 9,912. In the real world, not the liberal journalist fever swamp, it’s currently over 20,000. 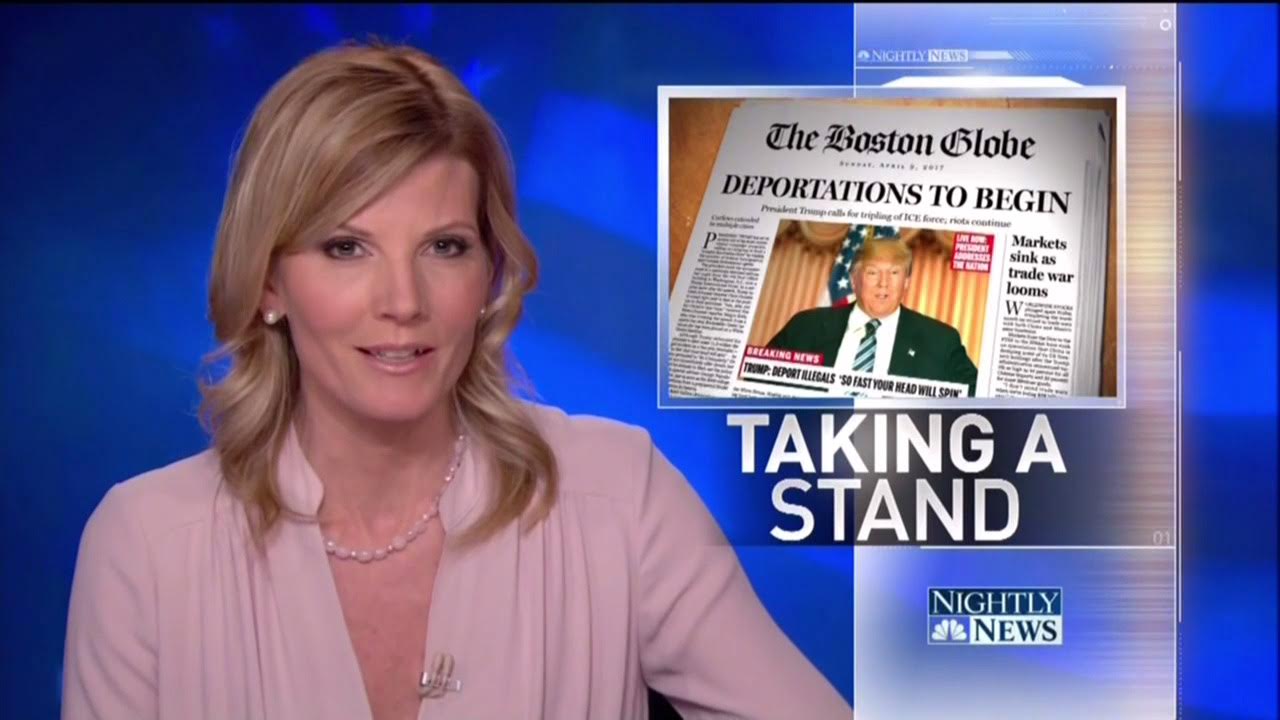 Another worried about “riots continuing” as “curfews extended in multiple cities.”

The effort was an editorial stunt designed to generate anti-Trump publicity across the media, and it worked: ABC, NBC and CNN all ran actual news stories trumpeting the Globe's make-believe headlines.

A real (as far as it goes) op-ed accompanied the fake front page. The Globe hyperventilated, explaining the predictions:

DONALD J. TRUMP’S VISION for the future of our nation is as deeply disturbing as it is profoundly un-American.

It is easy to find historical antecedents. The rise of demagogic strongmen is an all too common phenomenon on our small planet. And what marks each of those dark episodes is a failure to fathom where a leader’s vision leads, to carry rhetoric to its logical conclusion. The satirical front page of this section attempts to do just that, to envision what America looks like with Trump in the White House.

It is an exercise in taking a man at his word. And his vision of America promises to be as appalling in real life as it is in black and white on the page.

Maybe the Globe's writers should leave the fake headlines to the Onion. As for their prognosticating skills, Back to the Future Part 2 seemed more accurate.