Talk about denial. Liberal entertainer Rosie O’Donnell is still refusing to accept that Donald Trump will actually become president. On New Years Day, the celebrity tweeted in all caps: “DONALD TRUMP IS MENTALLY UNSTABLE.” She added, “LESS THAN 3 WEEKS TO STOP HIM AMERICA.”

Stop him? The electoral college has already voted. Just what does O’Donnell mean? She didn’t clarify. In another tweet on January 2, O’Donnell “Impeach Trump begins now.” Her Twitter page is pull of anti-Trump rantings. 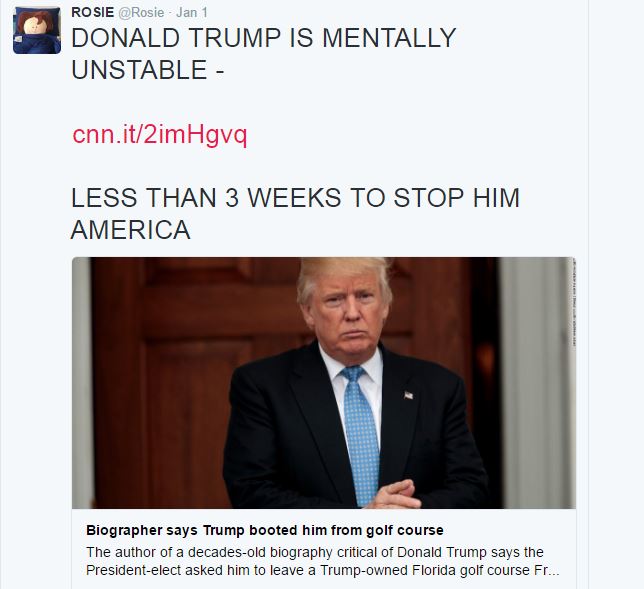 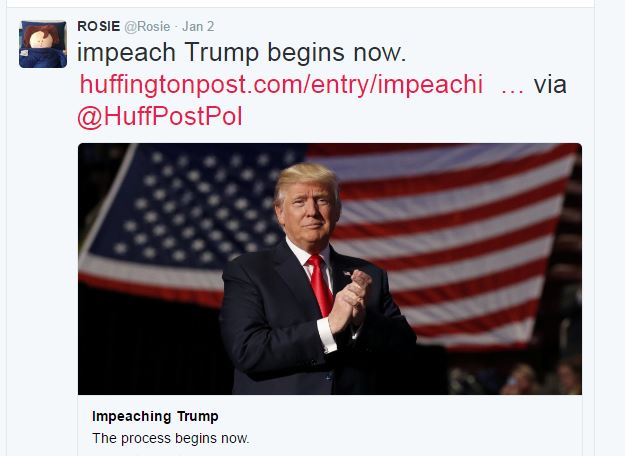 O’Donnell, a former co-host of ABC’s The View, in 2006 insisted, “Radical Christianity is just as threatening as radical Islam.”

She is also a proponent of 9/11 conspiracy theories.