Journalists still haven’t lost their devotion to the Kennedys. The Today show on Thursday hailed a new documentary on John F. Kennedy Jr. as highlighting “America’s royalty” and a “prince.” Previewing I Am JFK Jr., Savannah Guthrie lauded, “A new documentary sheds light on the life and love of America's prince nearly two decades after his tragic death.”

Reporter Sheinelle Jones raved, “He was the son of Camelot, born into American royalty and dubbed America's prince.” She insisted that the documentary shows “the fascination with him lives on years after his tragic death.” 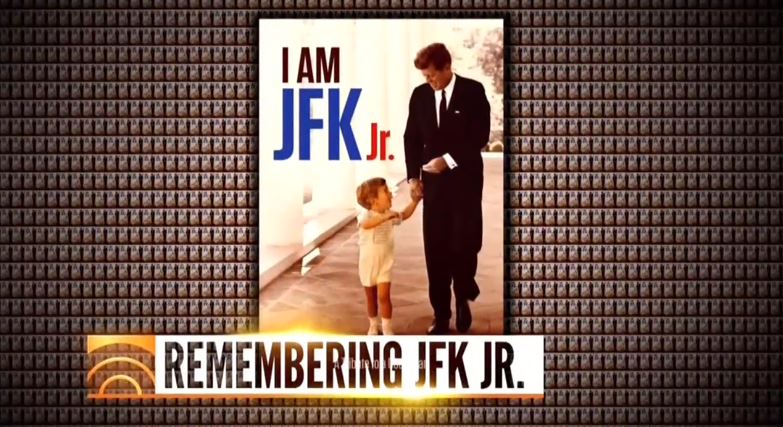 On September 15, 2008, as Ted Kennedy campaigned for Barack Obama, then-ABC reporter Claire Shipman said the Kennedys were “the closest thing we have in this country to political royalty.”

On February 16, 2015, NBC’s Today heralded “striking” 50-year-old pictures of JFK. Of course, reporter Jones included the same tired quote, this time from a RR Auction House executive Bobby Livingstone: “I believe the Kennedys to America are the closest thing you have to a royal family. And here they are back stage. Incredible.” 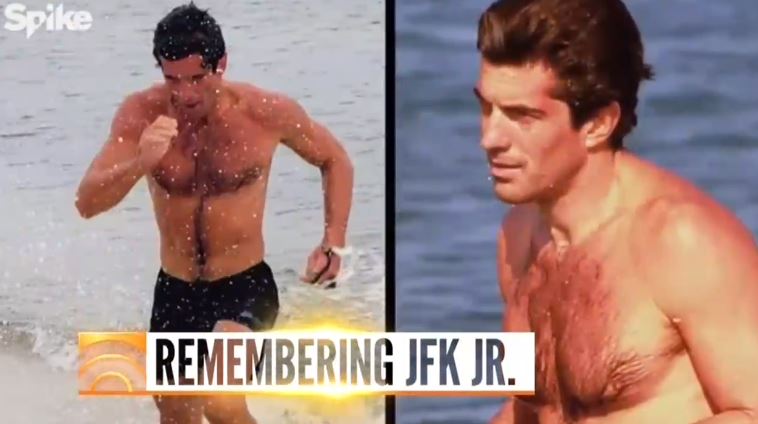 MATT LAUER: This Saturday marks 17 years since John F. Kennedy Jr. died in a plane crash off the coast of Martha's Vineyard, along with his wife and her sister. 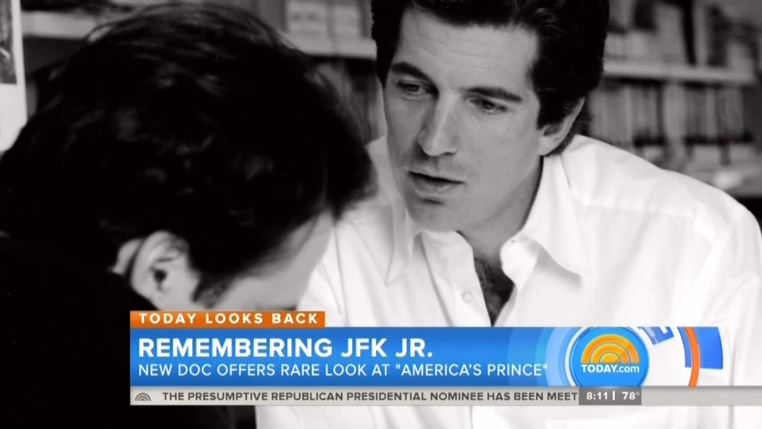 GUTHRIE: Now, a revealing new documentary is taking a closer look at all too short life and Sheinelle has got more on it. Sheinelle, good morning.

SHEINELLE JONES: Good morning to you. I Am JFK Jr. takes viewers inside Kennedy’s life with stories from people who knew him well and as it shows the fascination with him lives on years after his tragic death.

JONES: He was the son of Camelot, born into American royalty and dubbed America's prince.

JOHN F. KENNEDY: There is this great weight of expectation and anticipation.

JONES: Now, 17 years after his death, John F. Kennedy Jr. is the subject of a revealing new spike TV documentary titled I Am JFK Jr. Offering a rare glimpse inside his life.

UNIDENTIFIED: He said, “You know, I've been thinking. Everybody expects me to be a great man. I wonder if it wouldn't be a much more interesting challenge to see if I could make myself a good man.

DERIK MURRAY (I Am JFK Jr. producer and director): This guy grew up in the shadow of greatness. Everybody knew who he was, but really and truly no one actually knew who he was and we wanted to tell that story.

JONES: That story told through antidotes from people that knew Kennedy well, including bold-faced names like Robert DeNiro, Cindy Crawford and Mike Tyson.

MURRAY: Consistently through the film, all of these people weighed in on the character of John Kennedy Jr. and that character was loud and clear. This is somebody they wanted to spend time with. They were proud to call their friend, their brother.

JONES: Matt Berman, who served as creative director at Kennedy’s George magazine, wrote the definitive book on his former boss called JFK Jr., George and Me. Berman was not part of the documentary but remembers his friend's one of a kind personality.

MATT BERMAN: He had a way of disarming everybody. It was easy to be around him because he knew how to break the tension. The more people I meet as I go on in life, I compare them back. I’m like, “There’s nobody like that.”

MURRAY: We already had an interesting comment from someone that knew John very well. I watched the movie. I feel like you captured his spirit. I just spent 90 minutes once again with my best friend.

JONES: The people we interviewed also talk about what John's life might be like today. What he might be doing and how a man who lived his entire life in the public eye would react to social media. They both said the same thing that he would probably love it. By the way, "I Am JFK Jr. Will debut on Spike TV August 1 after a limited theatrical release next Wednesday.