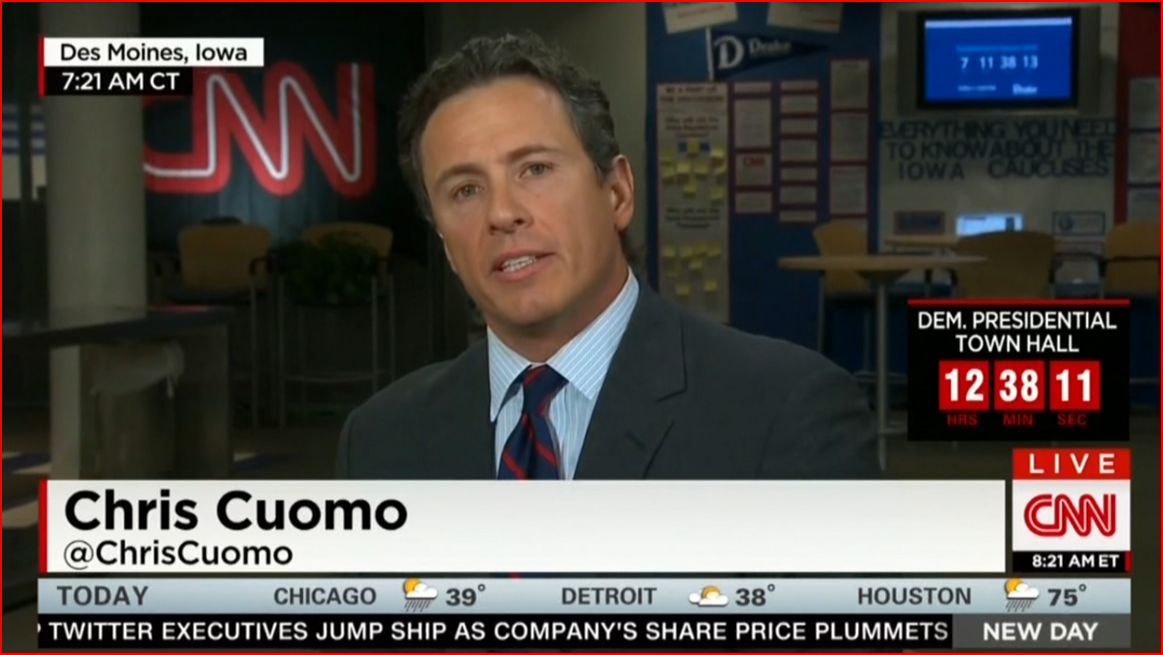 Given CNN anchor Chris Cuomo’s long history of liberal spin, viewers of Monday’s town hall forum with the Democratic candidates shouldn’t have high hopes for the host. After all, this is the same man who admitted that reporters “encouraged” socialist Bernie Sanders to enter the race. Cuomo, the brother of New York’s current Democratic governor and the son of another Democratic governor, has also acted as a journalistic shield for Hillary Clinton.

In contrast, the New Day co-host has grilled the Republican field, telling Ben Carson that the GOP is "anti-science.” He also delighted in Ted Cruz “being hoisted on his own petard" and battled with Marco Rubio, informing the presidential candidate that his views on abortion are “backward-looking.”

Here are some of the worst examples of Cuomo’s liberal outbursts for the 2016 campaign:

“We, and a lot in the media, were encouraging of Bernie Sanders getting in the race, because the senator from Vermont does provoke a lot of passion from the left part of that party. We thought that that would be an interesting mix of ideas because, certainly, the Clintons are more known for the centrism that they present to the Democrats.” 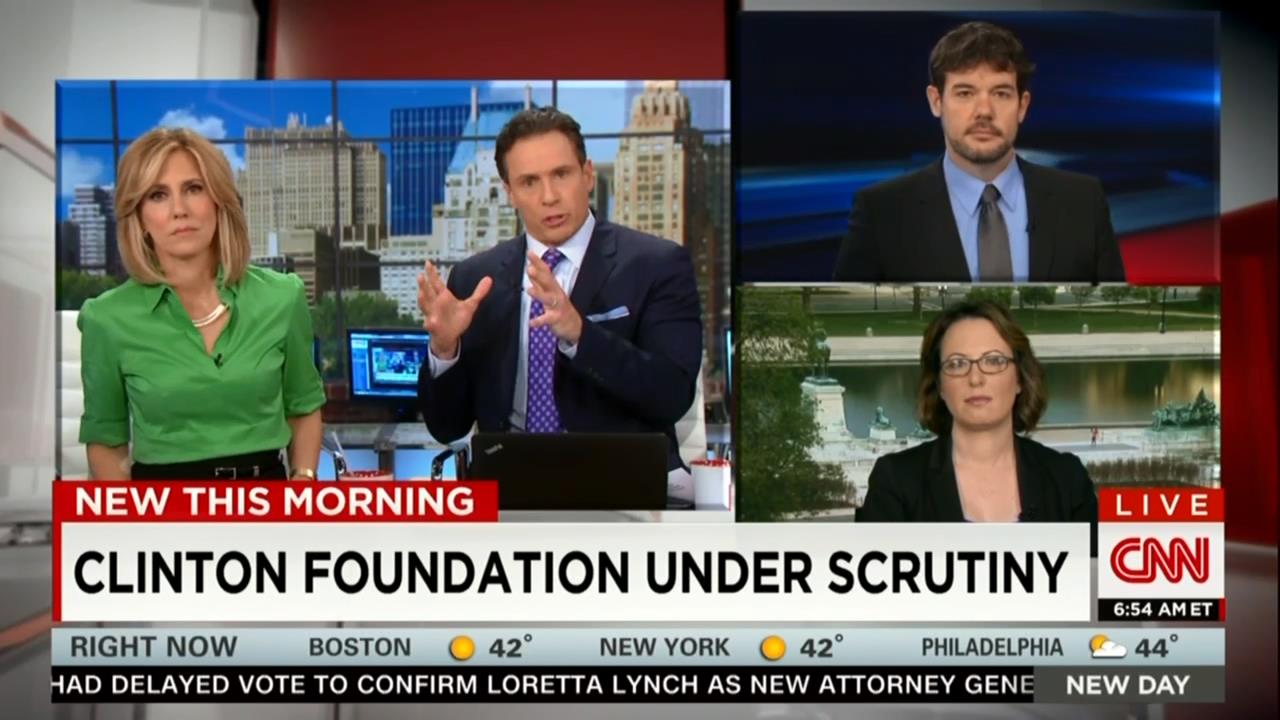 “The Clinton book was widely dismissed — about the money that goes into the CGI [Clinton Global Initiative]. And then — you know, the left is pushing back hard on this book — saying, there’s nothing there....Examples that have come out so far in your paper were not that impressive.” 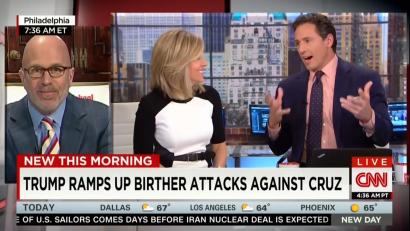 Gleeful at Ted Cruz “Being Hoisted on His Own Petard”

“Politically, what’s happening to him [Ted Cruz] is called being hoisted on his own petard. He was the divider. That was what his role was. ‘I don’t like these other Republicans. I don’t like these people coming across the border. I don’t like what’s going on with Obama’s birth certificate.’ Now, it’s being used on him by Trump who plays by even looser rules than ordinary politicians do.”

“Do you feel any sense of regret about how you characterized what was going on at Planned Parenthood after the attack in Colorado? Because of what the man said, which seems as though he was influenced by some of the rhetoric that was coming out of you and others that painted a very ugly picture, an unfair one, about Planned Parenthood?”

“It seems as though the Republican Party has a problem with science, that they’re always pushing back against science.”

“Let's take your position as you present it this morning. To not have a carve-out for rape and incest is also something that seems very backward-looking in terms of the cultural mores that we have today. “

Honorable mention unrelated to the 2016 campaign season:  In 2015, Cuomo lectured the chief justice of the Alabama Supreme Court on the subject of God, rights and man:

CNN Anchor: “Our Rights Do Not Come from God”

Alabama Chief Justice Roy Moore: “Our rights contained in the Bill of Rights do not come from the Constitution; they come from God. It’s clearly stated-”