Abrams blasted, “El Chapo could vet the story before they published it.... I think that is an outrage.” However, speaking of Penn’s elaborate efforts to talk to the man linked to numerous murders, the journalist declared, “As a legal matter, you cannot convict someone for just hiding your effort to meet with someone.”

Co-host Robin Roberts marveled, “People are just baffled going, he did nothing, absolutely nothing wrong?”

Of course, before ABC’s journalists show too much outrage. Good Morning America is co-hosted by George Stephanopoulos. He secretly donated $75,000 to the Clinton Foundation, hiding it from his bosses and viewers. On May 15, 2015, Stephanopoulos apologized: “I should have made additional disclosures on air when we covered the foundation and I now believe directing personal donations to that foundation was a mistake." 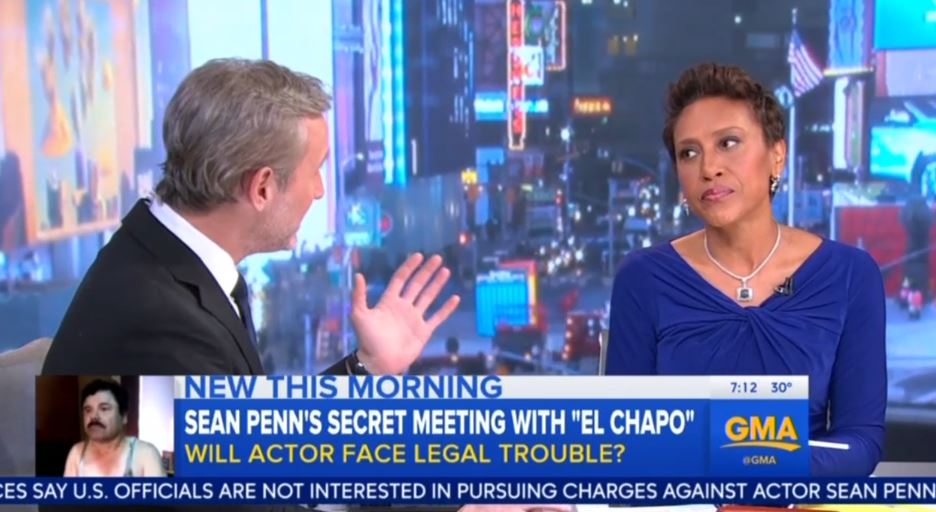 The Penn essay on RollingStone.com included this disclaimer explaining the ethically-dubious way in which the magazine scored the interview with Joaquín Guzmán Loera, the man known as El Chapo:

Disclosure: Some names have had to be changed, locations not named, and an understanding was brokered with the subject that this piece would be submitted for the subject’s approval before publication. The subject did not ask for any changes.

Penn’s interview included such softballs as these: 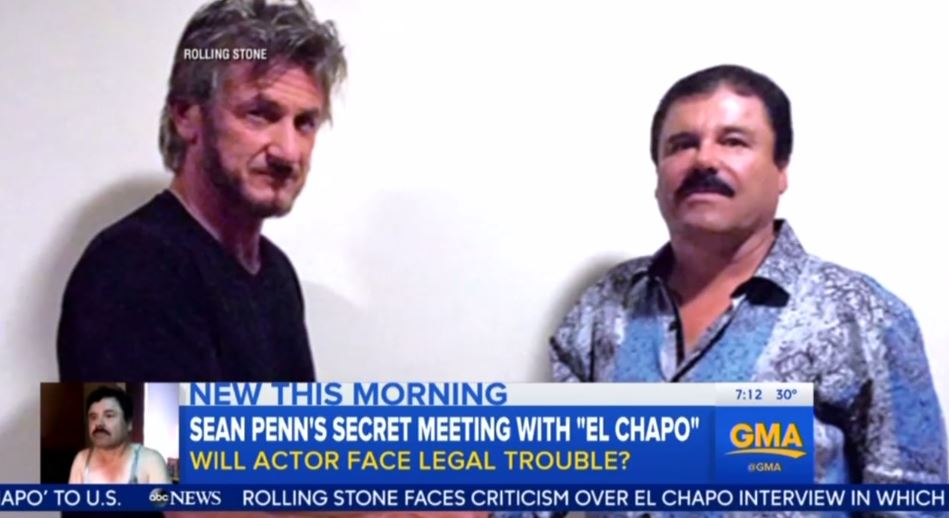 It’s as though Penn was doing an Access Hollywood interview with another celebrity.

A transcript of the January 11 segment is below:

ROBIN ROBERTS: Dan Abrams is here with more on this. So, is Sean Penn in any legal trouble whatsoever?

DAN ABRAMS Based on what we know right now, probably not. To convict him of something like harboring or concealing a fugitive, you would need evidence that he actually helped him. Aided him. Gave him money. Sheltered him. Not just to say he met with him. Now, they may want to call him as a witness. They may want to ask him questions. And if el Chapo had not been captured yet, there would be a lot more pressure on Sean Penn and Rolling Stone to answer questions.

ROBERTS: Sean Penn admitted that he went to great lengths to conceal the interview, dumping his cell phone. People are just baffled going, he did nothing, absolutely nothing wrong?

ABRAMS: Well, see, look, I think he did something wrong here. In particular, I think Rolling Stone did something wrong here, journalistically, which is to say that El Chapo could vet the story before they published it. I think that is an outrage. But as a legal matter, you cannot convict someone for just hiding your effort to meet with someone. Journalists have interviewed Osama bin Laden before. And there have been other examples like that. Journalistically, I think a problem. Legally, as based on what we know, probably not.