Despite the fact that numerous Republican presidential candidates have condemned Donald Trump’s call to ban all Muslims from entering the country, an MSNBC political analyst tried to connect it to all members of the GOP. Actor and liberal radio host Sam Seder appeared on Monday’s All In and began, “What Donald Trump was saying is obviously repugnant and antithetical to American values, and it.”

He added, “The groundwork for that has been laid by years of Republican rhetoric, including even the premise that people have to be worried about being blown up.” All In host Chris Hayes echoed this sentiment: “This is a logical extension of something that Marco Rubio, Jeb Bush and a whole bunch of people were saying just last week.”

Apparently, any concern about Syrian immigrants or the danger it might pose is the same as Trump’s call for a total ban. At one point, Seder sneered, “We gotta stop Muslims from coming from Syria because of refugees? I’m sorry. That plays into an irrational fear.”

Despite what the liberals at MSNBC would have people believe, most Republicans have rejected Trump’s plan. Former Vice President Dick Cheney said it “goes against everything we stand for and believe in.” Speaker of the House Paul Ryan repudiated it, saying, “This is not conservatism.” Senator Marco Rubio referred to it as “offensive” and “outlandish.” 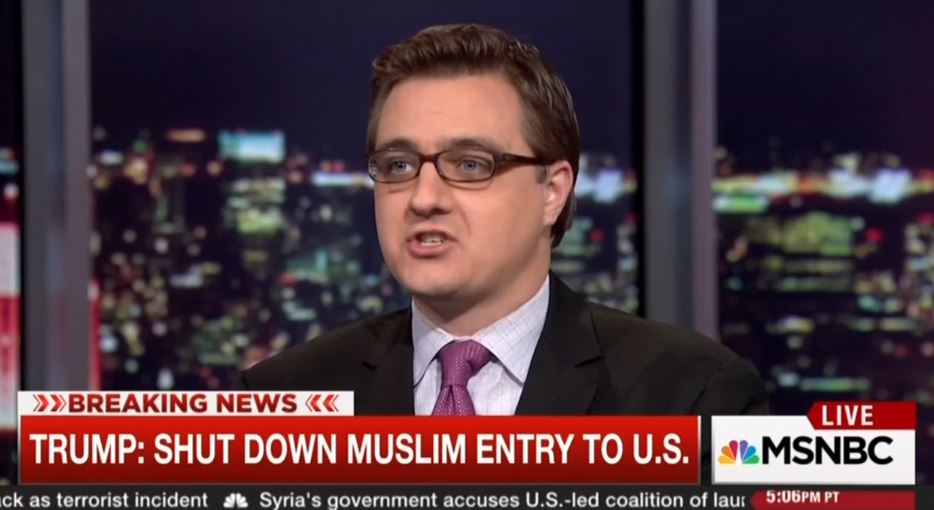 CHRIS HAYES: I will say that, you know, this idea about the, sort of, what the American populace wants right now —  part of the issue here is the other candidates have opened the door that Donald Trump is walking through. I just —  just so that we're clear, it was just a few days ago that a lot of candidates, not just Donald Trump, including Jeb Bush, the establishment moderate, was proposing a religious test for refugees. So, if the logic is, Muslims are too dangerous to let in as refugees, well, then why should —  why stop at refugees? This is a logical extension of something that Marco Rubio, Jeb Bush and a whole bunch of people were saying just last week. 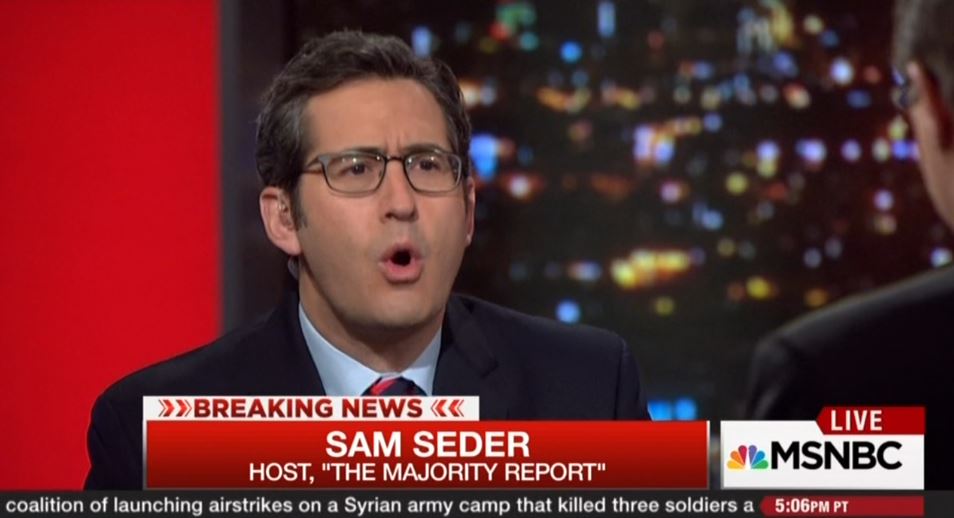 MICHAEL STEELE: Sam, it's not a question of whether I want to or you want to legitimize it. This is what people are feeling. Do you spend any time talking to people in the real world?

SEDER: Of course I do, Michael. I do Yes. In fact, I do every single day. I walk amongst regular people.

STEELE: Maybe, But then why are you diminishing that?

STEELE: Why are you admonishing regular people. Why are you diminishing it? Why is it somehow so foreign to you to think people actually believe and feel that? And where does that come from, number one?

SEDER: I think it’s quite possible this type of fear can be ginned up. We don’t know who’s coming into this country? We gotta stop Muslims from coming from Syria because of refugees? I’m sorry. That plays into an irrational fear.