Crude Kathy Griffin: ‘I Wouldn’t Let’ Ben Carson ‘Give Me a Pap Smear’

PBS is the place for crude pap smear jokes, apparently. Liberal comic Kathy Griffin appeared on the Tavis Smiley show, Tuesday, to assail several of the Republican presidential candidates. As Smiley laughed, she mocked, “Dr. Ben Carson, I wouldn't let that guy give me a Pap smear.”

In October, Griffin reversed her nasty joke: “I would love to give every single one of the Republicans running right now, including Carly [Fiorina] a Pap smear....I will do it personally.” On September 16, during a Republican debate, she predictably insisted, “These candidates all need a Pap smear right now!

On Tuesday night, she told Smiley, “I mean, something is just in the water. And Marco Rubio is, like, secretly scary." Of Donald Trump, Griffin snarled, “Once a week, just for fun, I send out a tweet just to Donald Trump and I say something like, ‘You are not qualified to be president. So, why don't you just get my coffee [Expletive deleted].’”

Unsurprisingly, PBS anchor Smiley laughed through the comic’s jokes and offered no challenge to her rage. 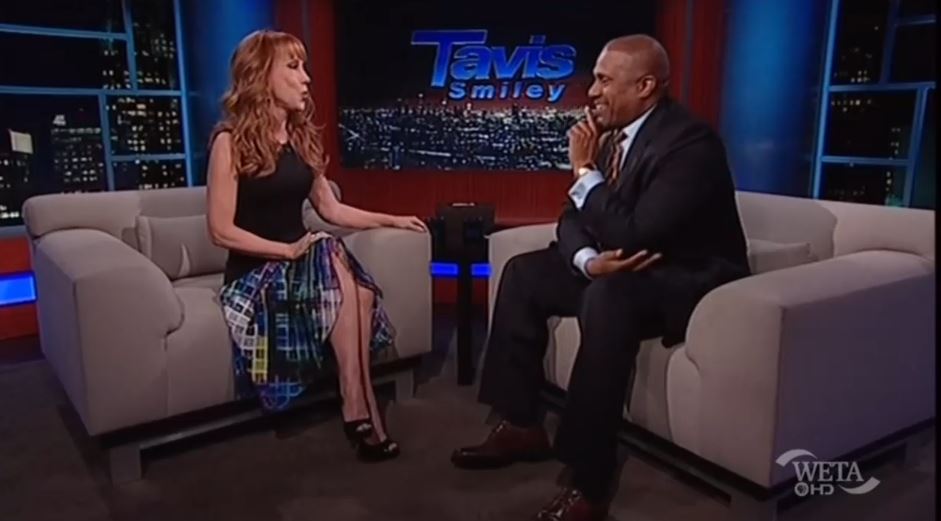 TAVIS SMILEY: What do you make of Donald Trump —

KATHY GRIFFIN: Well, he's ridiculous. I’ve met him several times. And so, in my act, I try and bring the personal. So, I don't tell knock knock jokes or the differences between cats and dogs. I tell my own experiences with these people. So, I’ve met the Donald several times. He is such a tool. It's ridiculous. In fact, go ahead, tweet me, like I care. I love the way he is like the Amanda Bynes of presidential candidates. Remember when Amanda Bynes was melting down and tweeting people? So, once a week, just for fun, I just send out a tweet just to Donald Trump and I say something like, “You know, you are not qualified to be president. So, why don't you just get my coffee [Expletive deleted].” And maybe one of these days I’ll get lucky and he’ll tweet me back. But, you know, he is very arrogant and ridiculous and he went to Wharton. He is smart in one area. But, you know, we can’t send him anywhere. Like, he be the president of 56th and 5th. 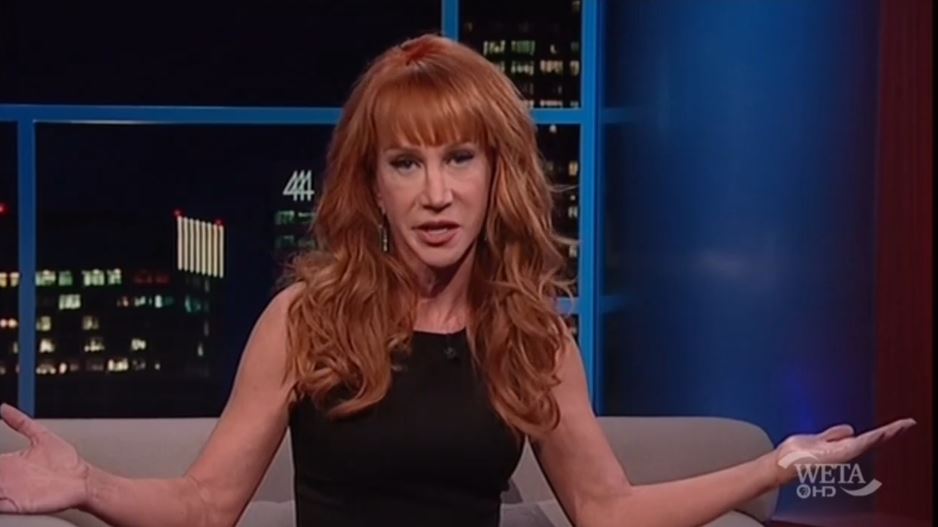 GRIFFIN: But he can't be president of the United States. And Dr. Ben Carson, I wouldn't let that guy give me a pap smear. I mean, I’m sorry.

SMILEY: What do you make of that though?

GRIFFIN: I mean, something is just in the water. And Marco Rubio is, like, secretly scary. And so, I’m sure the PBS viewers would all, you know, they’ll probably send letters. It’s PBS, frankly.