The week of July 13 to 19 saw increased violence between Israel and the Palestinians, an act of terror as a plane was blown out of the sky in Ukraine, and simmering tensions between Mexico and the United States over a border crisis. With that as a backdrop, the networks skipped White House Press Secretary Josh Earnest's July 14 claim that Barack Obama has "improved the tranquility of the global community."

The journalists at NBC, CBS and ABC, so far, have ignored the remark, offering no skepticism. NBC viewers wouldn't have known about the comment if they watched last week's Nightly News or Today. Yet, if they stayed up to 12:37am on July 16, they would have seen Late Night host Seth Meyers mock, "Yesterday, White House Press Secretary said that President Obama has brought tranquility to the global community. And that's good, Josh. You should always open with a joke." [See below for video of Earnest's original comment and Meyers's joke. MP3 audio here.] 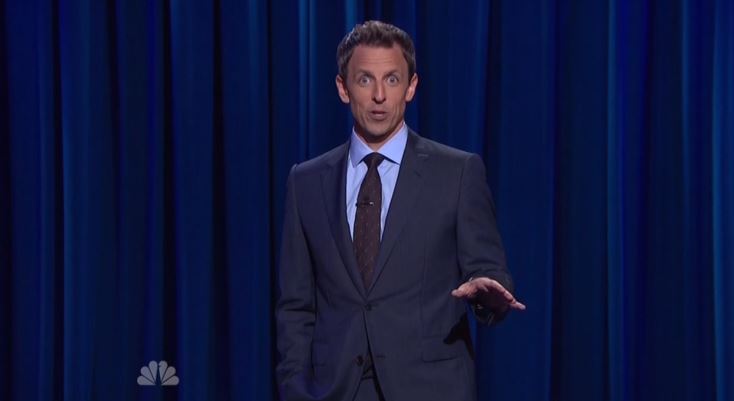 During  the press briefing, Fox News's Ed Henry recounted the problems in Gaza, Syria, Iraq and Iran. He wondered, "How does the White House react to the notion that the President is a bystander to all these crises?"

JOSH EARNEST: I think that there have been a number of situations in which you've seen this administration intervene in a meaningful way, that has substantially furthered American interests and substantially improved, uh, the, uh, the you know, the tranquility of the, of the global community.

As the week went on – and a Malaysian jet was shot down, possibly by Russian-backed separatists– it didn't occur to network journalists to play this clip and question the assertion in it. 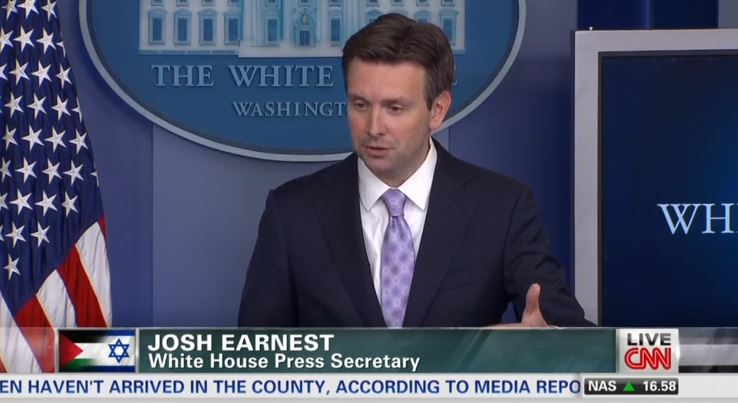 The quote did make it briefly to CNN. On the July 16 edition of CNN's Wolf, Jim Sciutto played the clip of Earnest and observed, "This week, the White House raised eyebrows seeming to gain broad foreign policy victories in the region."

He also summarized many of the growing international problems:

JIM SCIUTTO: In Libya, warring militias bombarded Tripoli's airport, as the government considers asking for international troops. In Iraq, politicians took a first step towards a new government, even as ISIS militants bulldozed barriers along the Iraq-Syria border and celebrated the takeover of Iraq government buildings. And the neighboring Syria, ISIS is flourishing as the civil war wages on. The U.N. now urgently sending in humanitarian aid.

On a week that was anything but "tranquil," network journalists should have offered more skepticism.