NBC pulled reporter Ayman Mohyeldin from Gaza after the journalist witnessed an Israeli air strike that killed four children. Mohyeldin also made some derisive comments about Israel on his Facebook page, writing, "The #US State Department Spokesperson just said that #Hamas is ultimately responsible for #Israel shelling and killing 4 boys who were cousins aged 9-11 because Hamas didn't accept the #ceasefire. Discuss among yourselves."

Before reporting for NBC, Mohyeldin worked for Al Jazeera. On Tuesday, he parroted Hamas's denial that they use human shields, saying, "They definitely reject the labeling of using civilians as human shields....Hamas military wing people that we've been speaking to and others...they will say that this is the nature of the battlefield that they have to fight in." 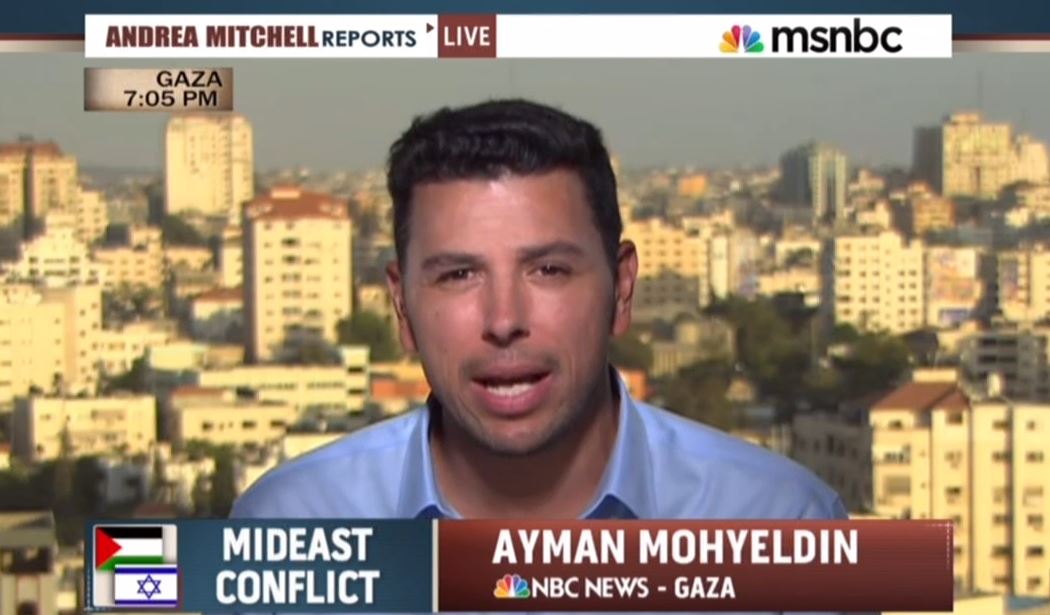 On July 2, Mohyeldin accused Israel of intentionally firing on journalists: "Israeli police firing at crowds of Palestinian protesters and journalists who were clearly marked as such. Despite us yelling that we were journalists they still fired at us and threatened to shoot us if we didn't leave."

On Wednesday, after talking to Mohyeldin, host Andrea Mitchell wondered, "How long can Israel withstand this kind of international pressure?"

Left-wing journalist Glenn Grenwald lamented the removal of the NBC reporter and denounced criticism of him as coming from "neocon" sites.

Mohyeldin personally witnessed the air strikes that inadvertently killed four youths in Gaza and had been talking to the children before their tragic deaths.