ABC has officially announced that one of the vacant spots on The View will be filled by Catholic-bashing, anti-vaccine conspiracy theorist Jenny McCarthy. In a statement, creator/co-host Barbara Walters gushed, "She can be serious and outrageous. She has connected with our audience and offers a fresh point of view. Jenny will be a great addition to the show as we usher in an exciting new chapter for The View." Last week, token conservative Elisabeth Hasselbeck departed the show for Fox News.

The former Playboy model wrote a book in 2012 deriding Catholicism, complaining that it "has pervaded my life since birth and confused the f--k out of me for about the same time" and whined that "I had to give up giving s--t up for Lent." She has derided Jesus Christ as nothing more than a "Justin Bieber" phase in her life. 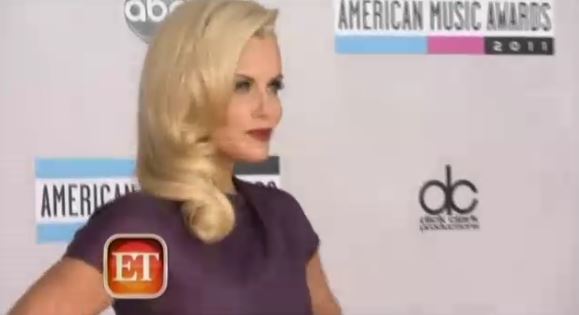 In an October 13, 2012 column, the Media Research Center's Brent Bozell exposed the hateful stories McCarthy recounted in her book:

McCarthy’s weighty tome starts in a somber Mass from when she was six, in which "Father Colin" can’t seem to utter the words of the Eucharistic Prayer because there’s a persistent squeaking noise. We’re told the priest grew frustrated and yelled "What is that noise?" McCarthy’s family and their neighbors/enemies the Baruchs angrily blame each other with fake smiles "through clenched teeth." McCarthy remembered the hubbub disturbed "Dad’s usual nap time," and a few other sleepyheads. "I think some parishioners were actually drooling."

The punch line at the end of this tale, if you believe any of this? Little Jenny came to church without any underwear and loved the squeaking noise of her bare buttocks on the wooden pew. Then she stood up and twirled her dress and showed everyone her naughty bits.

This is who ABC has chosen to replace the program's lone conservative?

In addition to spewing disgust for the religious, the former nude model– notably not a doctor and someone with zero scientific experience– has led a crusade against childhood vaccinations. Despite there being no connection between autism and vaccinations, McCarthy has pushed this falsehood for years.

The TV personality's claims have been debunked in liberal outlets such as Huffington Post. Science writer Cara Santa Maria explained:

It doesn't help that well-known figures like Jenny McCarthy continue to spread anti-vaccine rhetoric. There's even a website called JennyMcCarthyBodyCount.com. It claims that even though she's not directly responsible for the thousands of preventable illnesses and hundreds of preventable deaths since 2007, if her campaign against vaccination caused even one preventable death, that's one too many.

So, why is ABC giving her a platform to push conspiracy theories? Are Barbara Walters and the producers of The View now anti-science?