Cocky Journalists Declared ObamaCare Would Be Upheld, Maybe by a 8-1 Vote

Although no one knows how the Supreme Court will rule, Thursday, on ObamaCare, journalists over the past few months have dismissed and derided the concept that the President's signature legislation could be declared unconstitutional. CNN's Jeffrey Toobin predicted an eight-to-one vote upholding the law. Former New York Times Court reporter Linda Greenhouse said that Americans who think the law is unconstitutional are "wrong."

Appearing on the March 23 Situation Room, Toobin hyped, "I actually think that Chief Justice Roberts and perhaps even Justice Scalia and Justice Alito might join Justice Kennedy in upholding the law." He added, "In striking this law down, it would really be a big change in constitutional law, and I'm not sure this court is ready to do it."

On March 19, Toobin appeared on Starting Point and rejected the anti-ObamaCare argument as  "weak":

ANCHOR SOLEDAD O'BRIEN: So the bottom line is, is making people buy health insurance a legitimate use of the power of Congress?

JEFFREY TOOBIN: Correct, and the challengers in these laws have said, ‘No, this is not something Congress can do.’ What I wrote in The New Yorker this week, what I think is that basically that is a really weak argument, in that the United States Congress has been regulating health care for years, has been involved in this market for years, and this is a perfectly ordinary use of Congress’s power.

(Once he heard oral arguments, Toobin reversed himself. The journalist declared the Obama position a "train wreck" and suggested it would be shot down.) 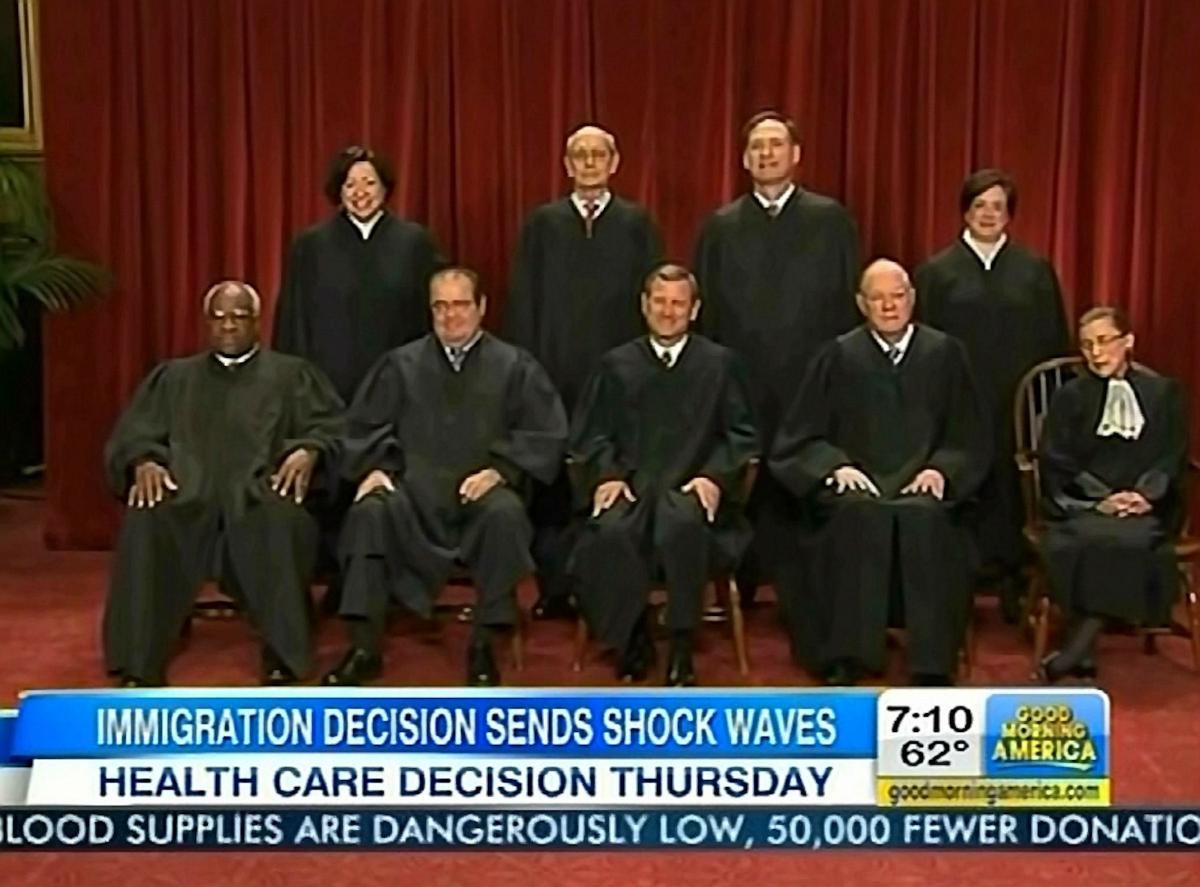 In a March 21, 2012 blog posting, ex-New York Times Supreme Court reporter Linda Greenhouse wouldn't even entertain the idea that the law could be rejected:

LINDA GREENHOUSE: About half the public apparently believes that the Affordable Care Act’s individual mandate is unconstitutional.... I’m here to tell you: that belief is simply wrong. The constitutional challenge to the law’s requirement for people to buy health insurance — specifically, the argument that the mandate exceeds Congress’s power under the Commerce Clause — is rhetorically powerful but analytically so weak that it dissolves on close inspection. There’s just no there there.”

After the oral arguments went poorly for the White House, the tone turned ugly:

Smug justice. I admit I lost my temper on Wednesday. The arguments in the Care Act cases may be funny to Justice Antonin Scalia, the bully that he is, but they aren’t funny to the single father who will avoid bankruptcy because of the law, or to the millions of others who will benefit from the Medicaid expansion or from the provision that allows young people to stay longer on their parents’ health care plans.
— Andrew Cohen, “chief analyst and legal editor for CBS Radio News,” in #7 of “13 Final Thoughts About the Health Care Arguments” posted March 30 at TheAtlantic.com.

Appearing on the Daily Rundown, March 30th, NPR's Nina Totenberg complained, "[But] because of the Bush appointments, which were very, very, very conservative, the Court has become so much more conservative."

If the Supreme Court strikes down all or part of Obamacare, Thursday, will these journalists admit they weren't quite the constitutional experts they claimed to be?

For quotes about how the Supreme Court might rule, see the April 2 and April 16 editions of Notable Quotables.