Speaking Truth to Power? Jon Stewart Back in 2000: I'm a 'Socialist'

Roger Ailes was right. Earlier this week, the Fox News president made waves by asserting that Jon Stewart confessed to being a "socialist" while the two were in a bar once. Outlets such as Huffington Post and Mediaite reported the story as an accusation or an open question. It isn't. Appearing on CNN in the year 2000, the comic openly explained his ideology.

After a caller on the December 15, 2000 Larry King Live asked about being objective, Stewart conceded, "I think I would say I'm more of a socialist or an independent." He added, "No one would ever I think watching our show think that, boy, that guy is just leaning so far right." [See video below. MP3 audio here.]

For all the attention Stewart gets about speaking truth to power, the comedian told King: "I mean, your personal prejudices always get involved in the job."

Earlier in the segment, the then-CNN anchor told Stewart, "I think you're a Democrat, Jon."

The humorist prefaced his "socialist" comment by agreeing, "I think that's probably correct."

A transcript of the December 15, 2000 exchange can be found below:

CALLER: Everyone talks about you at school.

KING: At school. I don't want to get into that. What's your question.

CALLER: I was wondering, is it hard to make political jokes and not be on, like, either side?

KING: You can't be for either side. 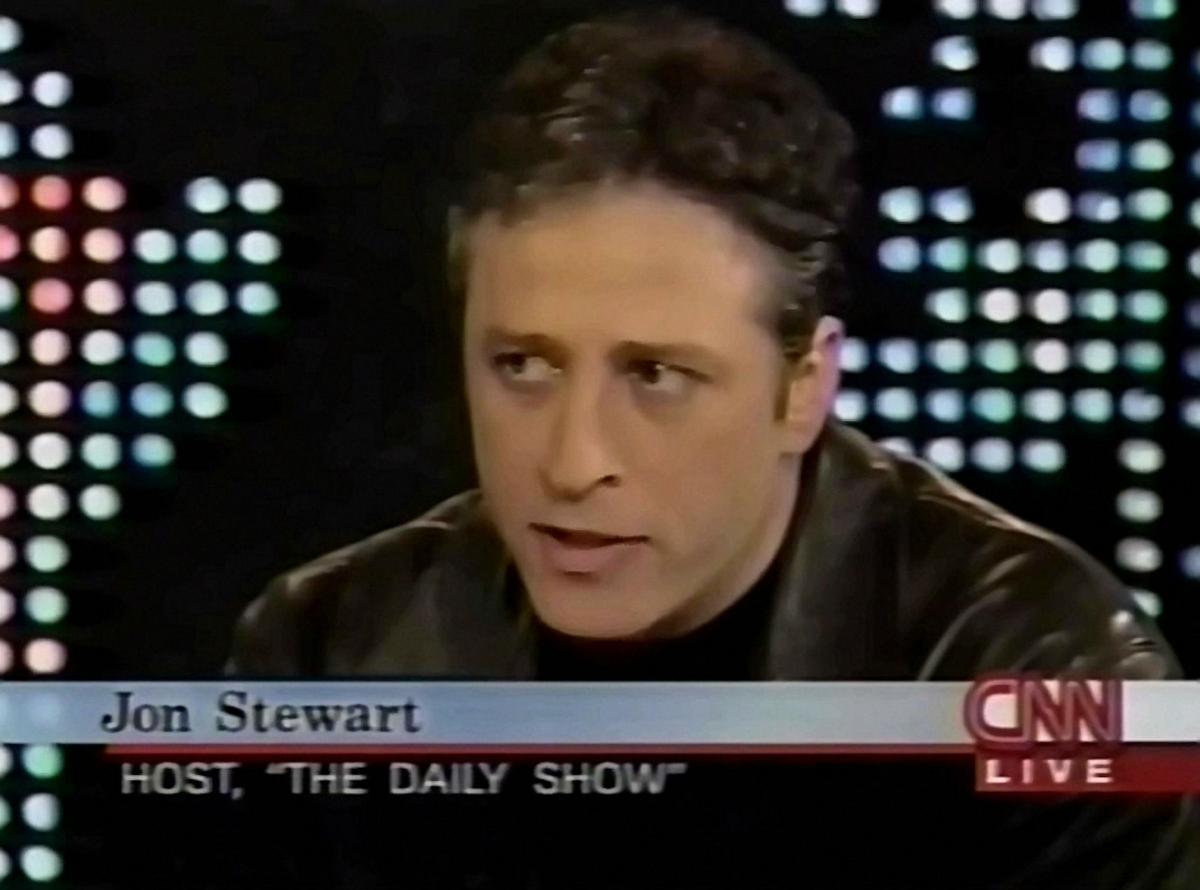 JON STEWART: No, that's not true. I mean, I think you -- most people can't hide their political.

KING: I think you're a Democrat, Jon.

STEWART: I think that's probably correct. I think I would say I'm more of a socialist or an independent. But, yeah, I mean, no one would ever I think watching our show think that, boy, that guy is just leaning so far right.

KING: But you would knock the Democrats-

KING: -when a prime opportunity occurred.

STEWART: No, I always -- you know me. I've got the Mark Twain thing. What did he say?

STEWART: Humor comes first, and I have that. I never met a man I didn't like -- that wasn't him, was it?

KING: He said that. You didn't believe that, did you?

STEWART: No, I didn't. But yes, clearly. I mean, your personal prejudices always get involved in the job.