ABC's Brian Ross on Friday investigated a $500 million government loan to a car company that is now operating in Finland. Ross highlighted how Vice President Joe Biden in 2009 claimed this would create jobs in America. Yet, the Good Morning America reporter left out a key component for the network version of the story: Fisker, the European car company involved, have ties to big Obama campaign bundlers.

Ross began the segment by explaining to viewers: "[Henrik] Fisker got a federal loan two years ago of more than $500 million, with Vice President Joseph Biden saying the company would employ auto workers in his home state, Delaware." Yet, the 500 jobs created are in Finland, not the United States.  [See video below. MP3 audio here.]

However, while ABC, in partnership with the Center for Public Integrity, should be commended for covering this story, the GMA version left out an important connection. This information did appear in Ross' online version of the story at The Blotter:

Kleiner Perkins partner John Doerr, a California billionaire who made a fortune investing in Google, hosted President Obama at a February dinner for high-tech executives at his secluded estate south of San Francisco. Doerr and Kleiner Perkins executives have contributed more than $1 million to federal political causes and campaigns over the last two decades, primarily supporting Democrats. Doerr serves on Obama's Council on Jobs and Competitiveness. Doerr has not replied to interview requests since March.

Former Vice President Al Gore is another Kleiner Perkins senior partner. Gore could not be reached for comment.

Also absent on GMA is any indication of the similarities between the Fisker case and Solyndra. Ross broke the Solyndra scandal. Then, ABC promptly began to ignore its own scoop.

Ross' Fisker story will be featured again on Friday's World News and Nightline. Perhaps the Obama campaign bundler connection will be made there.

A transcript of the October 21 segment, which aired at 7:09am EDT, follows:

ROBIN ROBERTS: We have now an ABC News exclusive. Brian Ross has been investigating a car company that received big government funding to make very expensive electric cars of the future and put thousands of Americans to work building them. But so far, those cars are being made overseas. And our Brian Ross, you investigated. What's going on here, Brian? 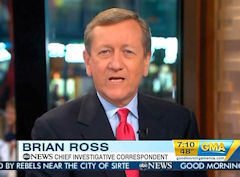 BRIAN ROSS: Well, good morning, Robin. The Obama administration has used taxpayer money to place what is essentially a billion-dollar bet on electric cars. And this morning, we have a first look at one of them. A car that for its sleek design and energy efficiency, is also raising questions about whether it could be end up as another taxpayer boondoggle. It's called the Karma, the result of a $170 million federal loan to the Fisker car corporation. It's made by Henrik Fisker, a famed European auto designer who took ABC News for a test drive in one of the first of his half electric/half gas vehicles to come off the line.

HENRIK FISKER: You can hear it's very quiet. But, you hear a little bit the noise.

ROSS: Priced at $97,000, it's all luxury. So quiet, that artificial engine noise is pumped through speakers so pedestrians can hear it coming. Fisker got a federal loan two years ago of more than $500 million, with Vice President Joseph Biden saying the company would employ auto workers in his home state, Delaware. 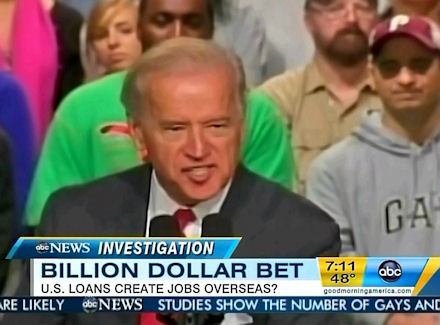 ROSS: And so far, the money has helped to create some 500 auto assembly factory jobs. But they're not in the United States. Rather here, at this plant in Finland. While U.S. taxpayer money is being spent only on American design and parts, Fisker says, he decided, with government approval, to assemble his fancy car in Finland because no U.S. facility, he says, would do it, even with so many american auto workers laid off.

ROSS: You think that's a good use of U.S. taxpayer money?

ROSS: Fisker says his plan is to eventually produce a cheaper, compact version of the car at the plant in Delaware, where he says there will be thousands of jobs. But the company has had delays and won't start production here until at least next year. Should taxpayers worry about that money, the $500 million-plus that has been guaranteed?

FISKER: No. I don't think you need to worry about it.

The first Fisker Karma was delivered to Leonardo DiCaprio. And Fisker says as more cars are shipped to the U.S. from Finland, Americans will come to appreciate what he has created. The Department of Energy said it knew the cars would be assembled in Finland and that's why they couldn't have been made in the U.S. A spokesman said, ultimately, if Fisker is successful, it will mean thousands of jobs in this country. There's lots of questions about this. And we'll have more of our investigation, conducted with the Center for Public Integrity tonight on World News and Nightline, Robin.

ROBERTS: Well, good. Because, as you said there's so many questions. And people want some answers. I know you'll find them.