Joy Behar Calls on Trump to Resign: 'He Cannot Handle Any of the Stress'

During Thursday’s edition of The View, the panel weighed in on CNN's lawsuit against the Trump administration for revoking White House Correspondent Jim Acosta’s “hard pass.” The panel rushed to Acosta’s defense, in addition to spouting the usual talking points about how Sarah Sanders is a liar.

Co-host Joy Behar took it one step further, saying that “he cannot handle it, he cannot handle any of the stress that he’s going through right now” before adding “I think Trump needs to resign soon because I’m worried about his health.” Behar concluded her rant by quipping “get out” in an inaudible tone as co-host Sunny Hostin erupted into laughter and the crowd responded with thunderous applause.

Not surprisingly, this is not the first time the hard-left co-host of The View who once proudly wore a shirt with the word “resist” on the air, has called for President Trump to resign. Last year, when Minnesota Senator Al Franken came under fire for inappropriate behavior with women, Behar defended Franken and said that “if Franken needs to resign, then Trump needs to resign because he’s just as guilty of harassing women and he has 16 accusers so far.”

The View has served as a powerful ally of members of #TheResistance, seeking to remove President Trump from office by any means necessary. Last summer, “Impeach 45!” architect Maxine Waters appeared on The View, where she suggested that both President Trump and Vice President Pence should be impeached, an idea that Behar agreed with. The antics of The View co-hosts led Tucker Carlson to proclaim that The View “has recently warped from a breezy daytime show into a font of deranged propaganda.” 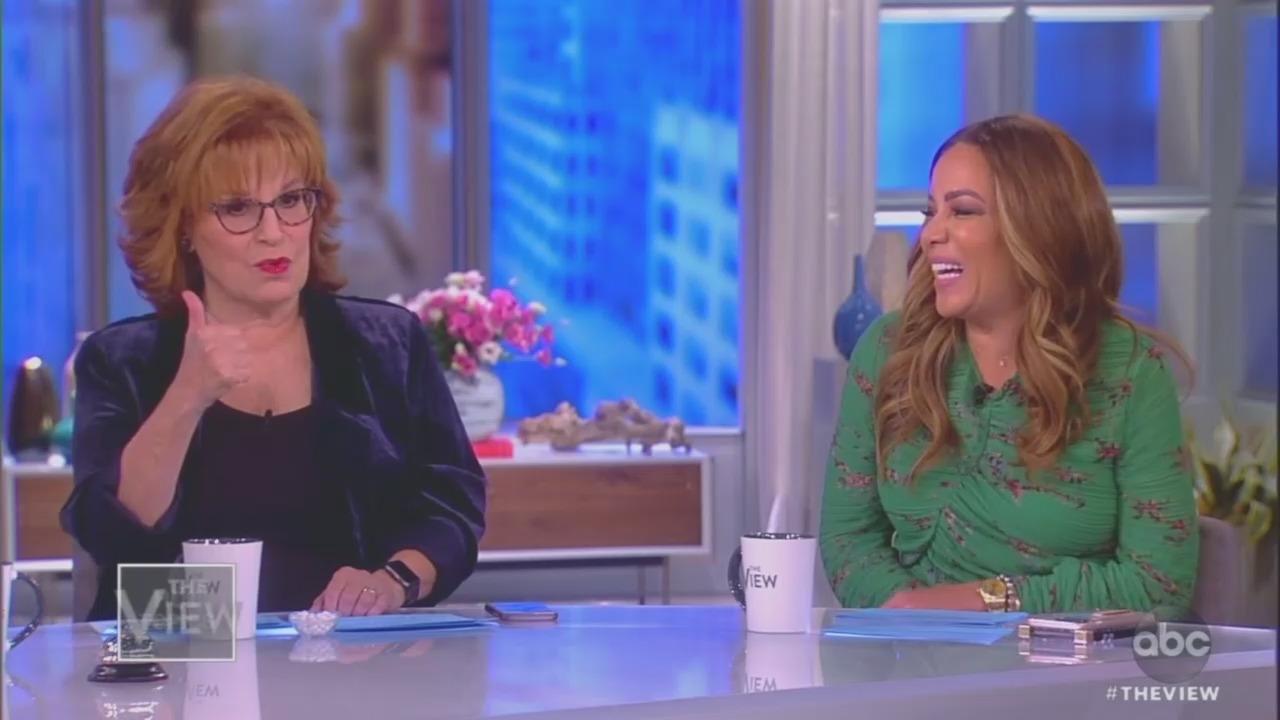 WHOOPI GOLDBERG: Hey, welcome back. You know, the media is rallying around CNN’s lawsuit against the White House for pulling Jim Acosta’s press pass including you know who’s go-to network, Fox News. Now that has to be a little shocking to him. Do you think that he’ll start calling them the fake news now too or does he really need someplace to go?

ABBY HUNTSMAN: I’m not surprised at all. You guys know this, I worked at Fox for a number of years. And there are two divisions, there’s the opinionated and then there’s the news division. And I think what they’ve proved time and time again is they are not a mouthpiece for the White House. I’m talking about the news side. Bret Baier, Martha MacCallum, Shep Smith. I know these people. They are the best in the business and I think what message they were sending is we care about the First Amendment. We care about democracy and we want to make that loud and clear and frankly if it’s a Democrat in the office next time around you want to make sure that you keep that consistent because that could happen to somebody else.

SUNNY HOSTIN: I think probably what also…not forced them but, you know, move them to do it is because he also…Trump said after pulling Jim’s pass, he said as far as I’m concerned I haven’t made that decision, meaning pulling others. It could be others also. And I think people started thinking, oh my goodness, what if our Cecilia Vega gets pulled because ABC News is also supporting Jim and supporting CNN.

JOY BEHAR: And he turned on her one day.

HOSTIN: Yes. And, you know, what if it happens to Peter Alexander, what if it happens to Shep? So I think that’s where it’s coming from but what I found very interesting in reading some of the briefs and listening to, reading about the arguments, remember the White House and Sarah Sanders in particular said he, Jim Acosta struck that young girl.

GOLDBERG: Yeah. He assaulted her.

HOSTIN: That he assaulted her.

HOSTIN: Sort of disseminating that doctored video. That argument was not made at all in court.

BEHAR: Well, you know we’ve never, we’ve never seen press conferences like these, the ones that he has. And some people say well when he attacks one of the reporters or when Sarah Sanders lies, which she does for the President, that they should walk, all walk out. I don’t think that would work because they’ll say, good, we don’t have to be accountable to the press.

HOSTIN: Yeah. They can’t do that.

BEHAR: But what I, what would suggest to them and it’s probably not original but if one of them asks a question and they don’t get their answer, the next one should ask, the next one, the next one. Answer the ques…the freaking question!

HOSTIN: They’re certainly more united together and I do wonder what this judge is going to do because the question really is, can the White House just summarily do something like this and really that’s not the standard.

GOLDBERG: Well, here’s the problem because he’s pissed, according to what he was arguing, because he’s rude. He said Acosta’s rude and is it freedom of the press when somebody comes in and starts screaming questions and won’t sit down? Uh, look…

BEHAR: Well, he doesn’t answer them.

GOLDBERG: …the bottom line is the press’s job is to press you.

GOLDBERG: It’s their job. That’s what they’re supposed to. They’re not always nice, and neither are you, okay? So let’s put it, let’s put it in perspective.

BEHAR: I never connected the word press before until you just said that.

GOLDBERG: But that’s what they’re supposed to. That’s their job. Jim Acosta pressed everybody. That’s his job.

HOSTIN: Yeah,  that’s what people forget about Jim. I mean, he was…you know, he covered the war in Iraq from Baghdad. He also…his father is a Cuban refugee and he actually went to Cuba on Cuban soil and pressed Raul Castro about the human rights violation. This is what he does and this is what every great reporter does. You speak truth to power and you ask those questions. And this President just doesn’t like it.

GOLDBERG: What he does not like is he does not like to be asked questions he doesn’t want to answer, and quite honestly, we don’t care as the American public whether you like answering. No President wants to be pressed. None of them.

HOSTIN: No. Obama has said he didn’t like the White House…

GOLDBERG: Well, no because you want it to be a smooth ride but that’s not the real world. That’s their job, and if you can’t handle it, get out of the kitchen, man.

BEHAR: The man cannot…He needs to…I think that Trump needs to resign soon because I’m worried about his health.

HUNTSMAN: One of the things I love about this country is the balance of power and thank goodness we have a balance of power but the role of the press and the role of the White House because you need both to survive and we need a healthy system that works. But I was going to mention Reagan because looking back, there were a number of exchange between Ronald Reagan and the press and you know what he did? He kind of had fun with it. He would make jokes and he would take it a different place. You’ve got to be savvy with them…

HOSTIN: Bush did the same thing.

HUNTSMAN: You’ve got to learn how to work with them and work it to your favor.

GOLDBERG: You have to have a sense of humor to recognize that.

HUNTSMAN: Sense of humor. Be self-deprecating.

GOLDBERG: We’ll be right back.