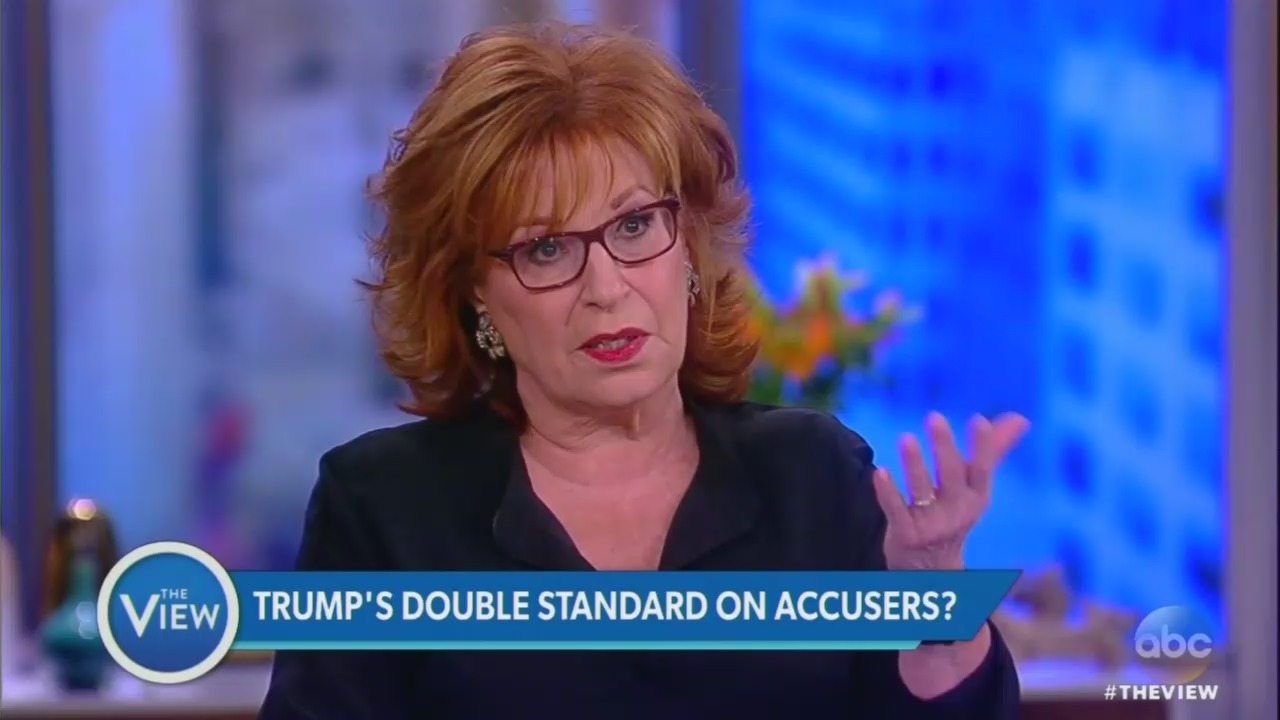 Last week, television and radio host Leeann Tweeden shared her story of being violated and harassed sexually by Minnesota Democratic Senator Al Franken, in 2006, while the two were doing a USO tour together in Afghanistan. Monday, another woman came forward accusing Franken of grabbing her behind while posing for a photo in 2010. Already liberals in the media were out ready to squash the stories as insignificant slips that can in no way tarnish the character of the sitting Democratic Senator.

On Monday’s The View, host Joy Behar didn’t seem too bothered by a second woman coming forward with allegations of misconduct against the sitting Democratic senator. She barely offered any judgment, like the rest of the panel, instead turning the subject to the allegations against Trump.

Host Whoopi Goldberg started off the segment acknowledging a second woman had accused Franken of inappropriate behavior: “She says that he inappropriately touched her while posing for this photo at the Minnesota state fair in 2010 while he was senator. Now, is this going to continue to create a fervor. Do you think there are more folks out there? Should he resign? What should he do?”

I thought it was an odd thing. I have no reason not to believe the girl. In 2010 I had another show on CNN's channel HLN. I asked Franken to come on. I know him very well. He said I can't come on your show yet because I have to make sure I'm not funny. I'm a senator now. I've got to be serious. So I can't believe that he was so -- what's the word -- careless as to do something like that when he was the senator already, having been so cautious about being funny.

A little while later she defended Franken again, saying the claims against him very totally different than the ones against Alabama Senate candidate Roy Moore:

“His accusations are not exerting power over these women. That’s a very big distinction,” Behar defended Franken again.

“I honestly think you can’t put Roy Moore in the category, when you’re talking about someone with underage girls, I don’t think you can put that just in an ‘assault’ category,” host Sara Haines agreed that Franken couldn’t be compared to Moore.

As she always does, Behar deflected blame from the Democrats and brought the conversation back to Trump.

“If Franken has to resign, then Trump needs to resign, because he's just as guilty of harassing women and he has 16 accusers so far,” Behar quipped to audience applause.

But host Sunny Hostin claimed Clinton had been punished enough, (despite profiting lucratively from his foundation and wife’s involvement in politics once he left the White House?)

She went on to laughably argue that the media hadn’t covered Trump’s accusers enough.

“Why haven’t we heard more from these women? Why aren’t people talking about it?” she asked.

While Behar and Whoopi suggested that Trump had intimidated the women into silence.

“It's a little suspicious that we haven’t hear much from them,” Behar stated.

“If you recall, I do believe, There was sort of a kind of veiled threat of lawsuits and quite honestly, listen, we're hearing a lot of different stuff from a lot of different people. I think probably a lot of these women don't want to be judged anymore,” Whoopi argued.

She suggested Trump’s accusers “stand with signs” of protest at Trump’s next speech.

“Maybe,because he felt comfortable enough bringing up the accusers of Bill Clinton maybe the next speech he gives they should just stand with signs,” Whoopi said.

“He doesn’t want to sue them because if he sues them, they will really be telling things that he doesn’t want out there, and that’s why he hasn’t done it.” 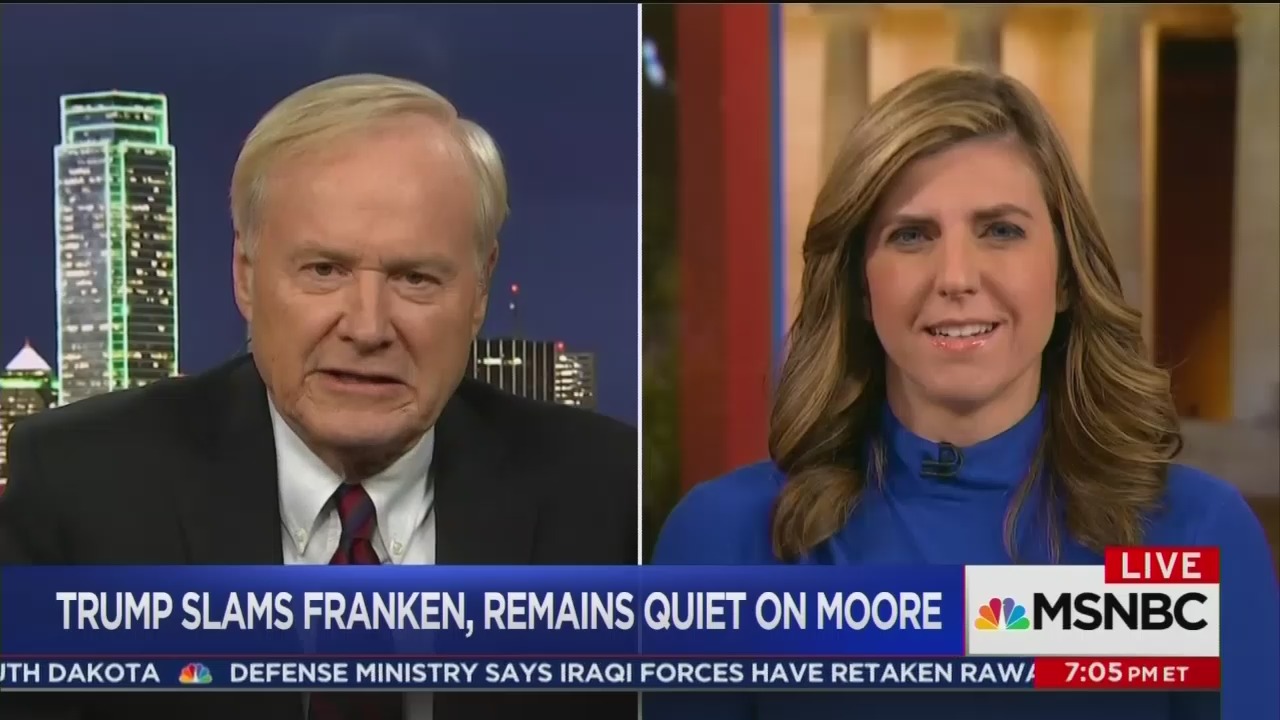 Matthews lamely claimed that Franken was “satirizing” Leeann Tweeden in an “embarrassing” joke on his show last Friday. He also claimed that President Trump’s tweets against Franken were even worse than what Franken did, saying he “outgrossed Franken by a mile:”

I don't know where to start here. Shannon, this is -- you know, the way the president played this was so gross. It wasn't like he said, “there's the guy caught in a terribly embarrassing and off manner satirizing, he's touching this woman while she's sleep. Then he suggested this bill Cosby allegation that he's groping her. He outgrosses Al Franken by a mile in his own imagination. What do you think?