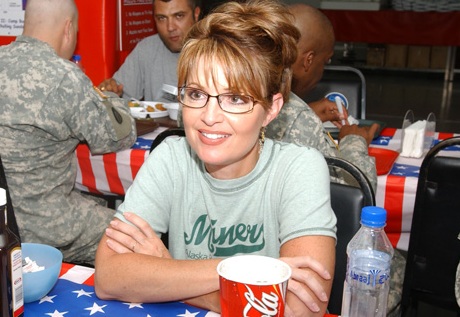 In their latest article analyzing the extramarital affairs of the deplorable Governor of South Carolina, Mark Sanford, the Associated Press demonstrates once again that the word ‘logic’ has somehow become lost in translation.

In a piece entitled, Sanford’s extramarital affair a problem for GOP, the AP gleefully discusses the topic of Sanford’s misdeeds and their potential effect on the Republican Party – a valid analysis.  However, it takes no more than two paragraphs before the author dispenses with the aforementioned term ‘logic’, and decides instead to inexplicably link and attack several other GOP governors who have nothing to do with this affair.

First up in the crosshairs of the AP is Louisiana Governor Bobby Jindal, whose worst transgression seems to be that he dared formulate a response to President Obama’s first budget address.  The article reads:

If only Jindal had prepared by carrying an entourage of 12 teleprompters, perhaps he would have been less cringe-inducing than the ever eloquent Obama.  Hindsight, as they say, is 20/20.

…to Texas Gov. Rick Perry's suggestion that his state might secede…

Then, using Dissociated Press reasoning, Perry and Jindal are lumped into the same category as the adulterous Sanford through this statement:

GOP governors — including those said to be eyeing a potential 2012 presidential bid — haven't exactly looked like the political grown-ups many party strategists had promised.

As far as I can tell, Jindal and Perry have been dubbed non-grownups simply for voicing their opinion.  How that equates to adultery, currently escapes me.

The AP article then goes for the early knockout blow by attacking the liberal media’s favorite source of derangement syndrome – you guessed it - Alaska Governor Sarah Palin.  She gets hammered (and remember this is supposedly an analysis of the Mark Sanford affair) with this blast:

And none has had a rockier go of it than the party's best-known governor, Alaska's Sarah Palin. The 2008 GOP vice presidential nominee has been dogged by ethics complaints and has engaged in public feuds with Levi Johnston, the former fiance of Palin's teenage daughter, Bristol, and the father of Bristol's infant son, and with late-night comic David Letterman.

Palin, whose vice presidential bid sparked a devoted grass-roots following across the country, has also angered GOP leaders in Washington for poor communication and for canceling appearances at party events and fundraisers.

Finally, in the fifth paragraph, the AP decides to actually start analyzing the Sanford affair; almost as if they felt it mandatory to interject the Jindal/Perry/Palin derangement early on in the article.

More appropriate links could have been made, but NewsBusters isn’t a forum willing to stoop to the AP’s level, listing off every Democratic Governor who has confessed to an affair in an attempt to turn the spotlight away from the actual issue.  It is merely an opportunity to point out that if the MSM wants to analyze Mark Sanford's affair, then by all means, the man deserves such treatment.  But throwing others into the fray because they have the word ‘Republican’ prefacing their title simply defies logic.