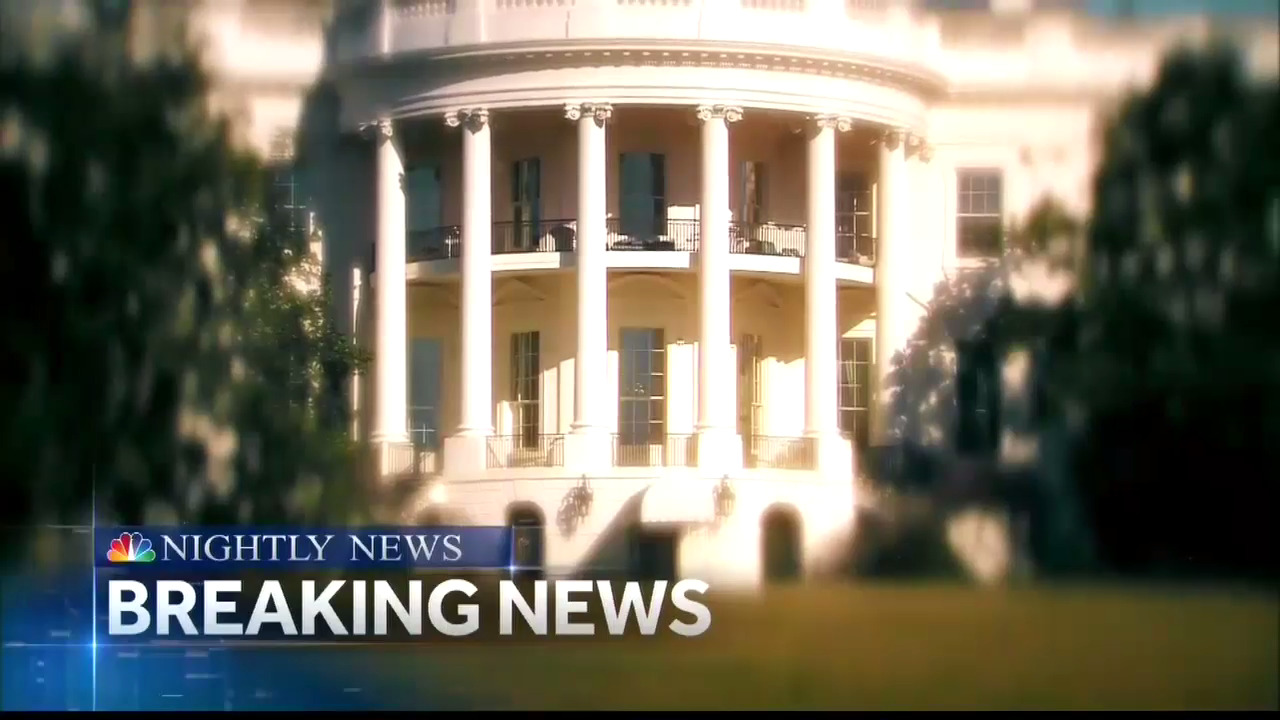 How much has the media’s obsession with the ongoing Russia investigation smothered the rest of the Trump policy agenda? A Media Research Center study of every broadcast network evening newscast in the five weeks since the appointment of special counsel Robert Mueller on May 17 found a whopping 353 minutes of airtime devoted to the Russia probe, or 55 percent of all coverage of the Trump presidency during those weeks.

The study also found one-third (34%) of the networks’ Russia coverage was based on anonymous sources, some of which later proved erroneous.

For this report, MRC analysts reviewed all 364 evening news stories — totaling nearly 640 minutes — that discussed President Trump or other top administration officials. Of those, 246 were full reports focused solely on the administration; the rest were brief, anchor-read items (36), or stories about other topics that included some mention of the administration (82).

The Russia investigation was by far the dominant topic in these stories, totaling 353 minutes of airtime, or more than half of all Trump coverage during this period. The Russia story was featured or mentioned in 171 evening news stories (126 full reports, seven brief, anchor items and another 38 mentions in stories on other topics).

ABC’s World News Tonight was the most enraptured by the Russia story, devoting 134 minutes to the investigation, or nearly two-thirds (63%) of all of its Trump news during this period. The CBS Evening News churned out 124 minutes of Russia news (54% of its Trump coverage), while NBC Nightly News spent a total of 95 minutes talking about the investigation (48% of its overall Trump coverage).

In contrast, the top policy issue during these five weeks — the debate about the President’s decision to withdraw from the Paris climate treaty — drew just 47 minutes of coverage. Top legislative items were almost completely lost during these weeks, with just 17 minutes spent on competing bills to repeal and replace ObamaCare, five minutes on efforts to boost the economy and create more jobs, and a meager 47 seconds on tax reform.

Without question, the President’s own comments about the Russia investigation, including his ubiquitous tweets, supplied the networks with a rationale for some of this coverage, but it’s not as if reporters felt compelled to cover all of Trump’s utterances. On the subject of infrastructure improvements, for example, the President spoke on camera at a variety of public events in early June, but the networks offered a mere three minutes of airtime — 1/100th as much as they spent on the investigation.

Our analysts found that one-third of all of the Russia/Comey stories (58 out of 171) relied at least in part on unnamed, anonymous sources for crucial information. Of course, these sources are only anonymous to viewers, not the reporters who talk to them. But their anonymity means viewers can’t weigh the information against any agenda — partisan or otherwise — that may contribute to the source’s motive in secretly talking to journalists. And in cases where the information turned out to be false, the anonymous source remains happily hidden from public view, sharing none of the blame for misleading the audience.

So what did TV viewers learn from the networks’ secret sources? CBS correspondent Jeff Pegues on May 17 offered nothing more than speculation about why then-Trump transition advisor Michael Flynn talked in December to Russian ambassador Sergei Kislyak: “CBS News has learned that investigators believe Flynn may have been acting on orders from someone else.” (Italics added for emphasis.)

All of the networks used anonymous leaks to make it sound gravely important when word came that there would be questions posed to the President’s son-in-law, as NBC’s Peter Alexander did May 25: “Multiple U.S. officials tell NBC News tonight that Jared Kushner, the President’s son-in-law, one of his closest advisors, has come under FBI scrutiny in the Russia investigation....”

On June 8, NBC’s Pete Williams used anonymous sources to briefly float a guilty-sounding tidbit about Attorney General Jeff Sessions, which he promptly dismissed: “Investigators tell NBC News the FBI was looking at whether Sessions had a meeting he didn’t disclose last year with Russia’s ambassador at a Washington, D.C. hotel. Justice Department officials have since said there was no such meeting.” 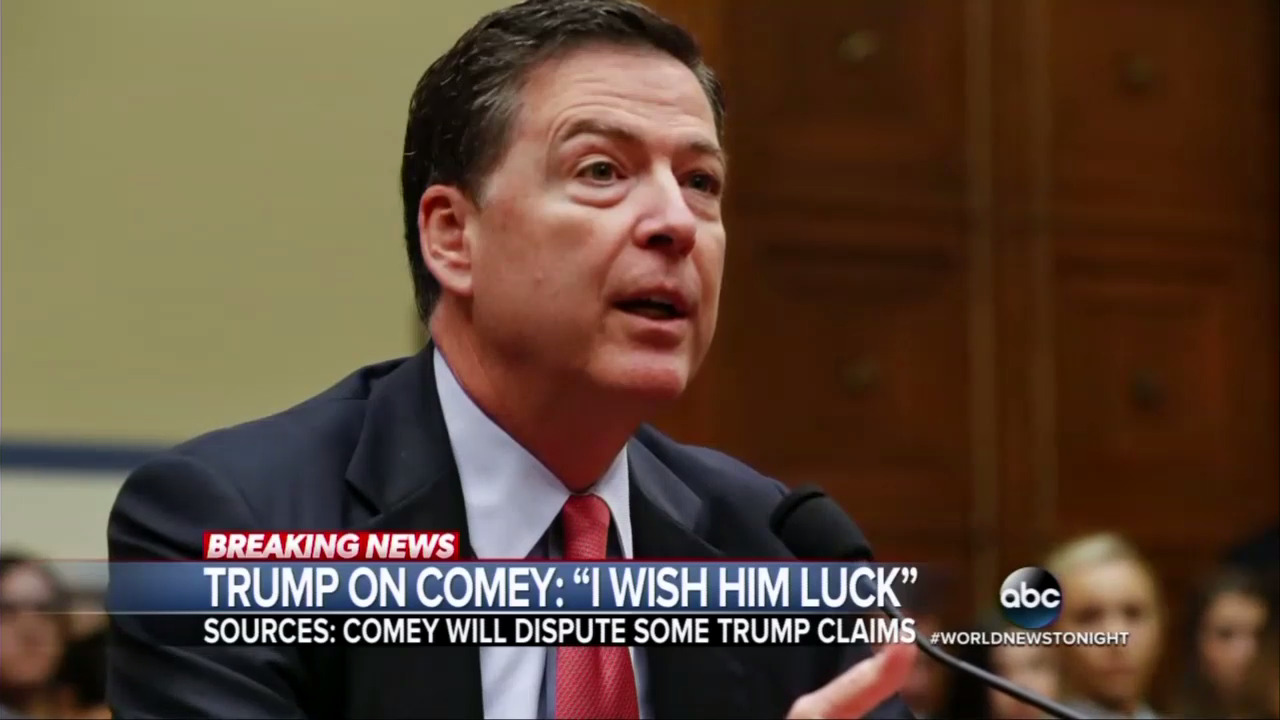 Moments later, correspondent Jon Karl made the reveal: “Tonight, a source familiar with Comey’s thinking tells ABC News that the former FBI director will directly contradict what the President wrote in the letter telling him he was fired: ‘I greatly appreciate you informing me, on three separate occasions, that I’m not under investigation.’...According to our source, Comey will dispute that.”

An on-screen headline reinforced the point: “Sources: Comey Will Dispute Some Trump Claims.”

The next day, a transcript of Comey’s testimony was released showing the exact opposite, that Comey would support Trump’s statement. Without any reference to their misreporting from the previous evening, anchor David Muir on June 7 told viewers Comey “will acknowledge that he did tell the President that he was not under investigation, personally, on multiple occasions.”

Correspondent Jon Karl also made no reference to the earlier, faulty report, as he read the response from Trump’s attorney, Marc Kasowitz: “Kasowitz says the President feels completely and totally vindicated.”

TV’s obsession with the Russia investigation flies in the race of what the public says it actually cares about. According to a Harvard-Harris poll released late last week, “a majority of voters believe the Russia investigations are damaging to the country and are eager to see Congress shift its focus to healthcare, terrorism, national security, the economy and jobs.”

Given the disconnect, it should be no surprise that half of all voters see the media as biased against Trump, compared to only four percent who think the media are pro-Trump, according to a recent Rasmussen poll, with two-thirds of Republican respondents (68%) saying media coverage of the President is “poor.”