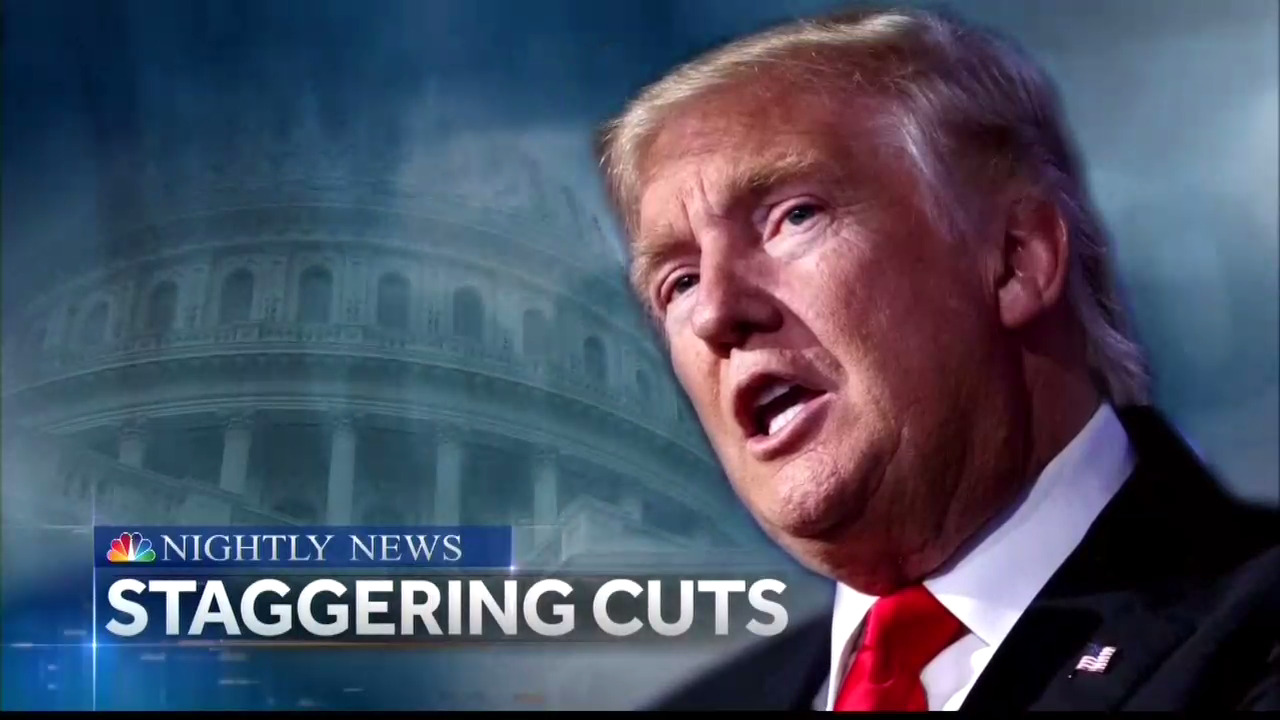 In covering the President’s proposed budget this week, network reporters unanimously claimed it “cut” or even “slashed” federal spending. An MRC analysis of ABC, CBS and NBC morning and evening news coverage since Monday (May 22) finds that not a single reporter ever told viewers that overall federal spending would actually RISE under President Trump’s planned budget — just not as much as forecast under the budget baseline Trump inherited from President Obama back in January.

In 13 news stories from May 22 to May 25, network journalists made 30 references to “cuts” in federal spending, either referring to specific programs or more generally. While the budget was not released until Tuesday morning, the coverage began on Monday, with ABC’s Mary Bruce warning viewers on Good Morning America that the budget “will reportedly slash these safety nets by $1.7 trillion, including massive cuts to Medicaid, food stamps and other anti-poverty programs.” 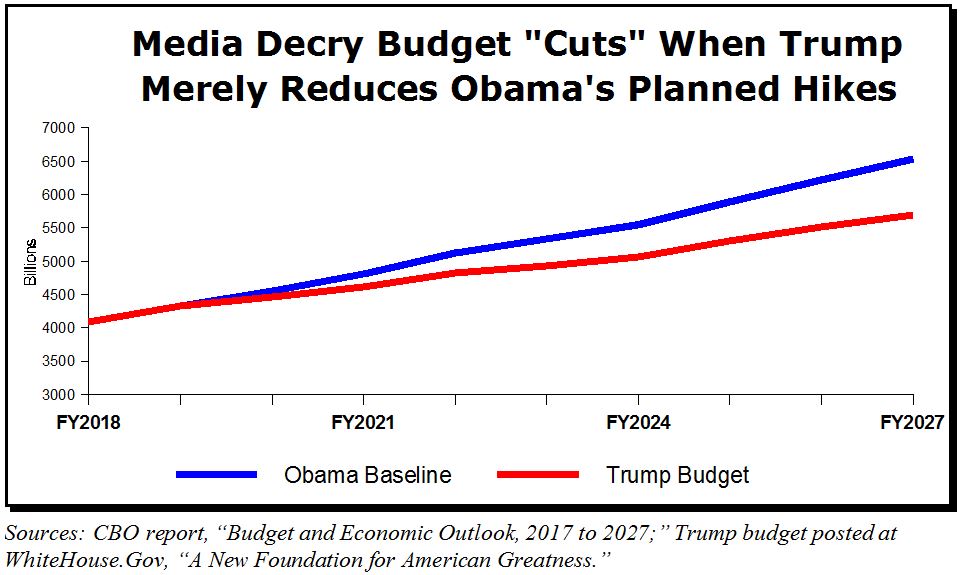 The only way journalists can claim Trump is cutting spending is by comparing his plans to the baseline of federal spending, which incorporates even bigger increases over the next decade. If spending proceeds as assumed by the last Obama budget, spending in 2027 would be $6.548 trillion, or about $800 billion more than Trump now recommends.

It’s accurate to say that Trump plans to reduce the extravagant increases in spending incorporated in current law, and some programs will see an actual reduction in their spending (after years of increases under Obama). But to repeatedly suggest that there will be “deep cuts” or some kind of “slashing” of federal spending creates a false narrative designed to bully politicians into backing away from a responsible spending plan.