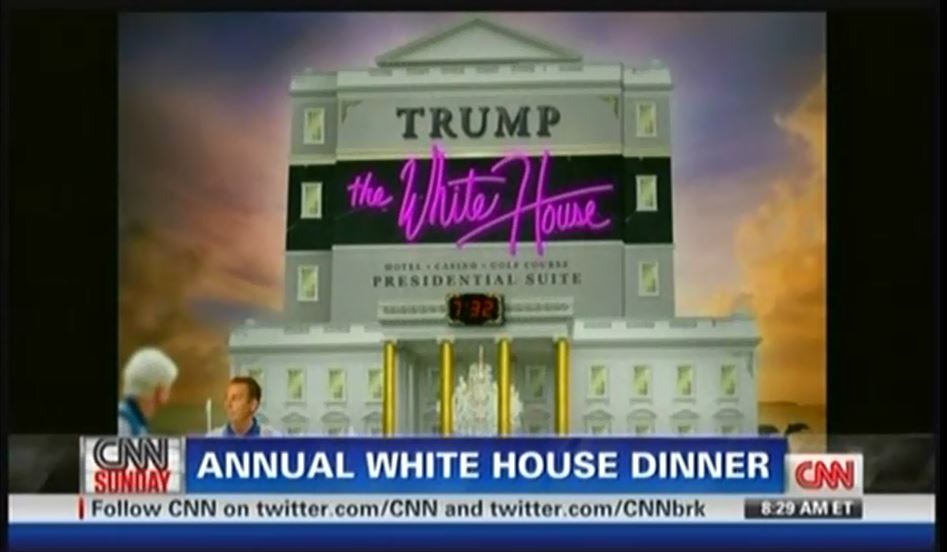 President Trump is skipping this year’s White House Correspondents’ Association Dinner, but that hasn’t stopped the media from nevertheless hyping the event. At that same dinner on April 30, 2011, journalists thought it was hilarious when then-President Obama and comedian Seth Meyers lampooned Trump from the stage, while the billionaire businessman sat in the audience.

The media loved it, making it the highlight of their coverage later that night and the next morning. “Did you notice Donald Trump’s reaction?” a giddy Don Lemon asked on CNN just moments after the dinner concluded.

“Obama was pretty funny with those jokes,” AP entertainment editor Alicia Quarles praised on MSNBC, while she thought “Trump seemed a little bit pretty upset.” Back on CNN, comedienne Lizz Winstead declared that the fact that Trump did not laugh at Obama’s jokes is “why he will never be President.”

Comedian Pete Dominick, another CNN panelist, agreed: “Tonight we learned that he has less facial expressions than a cadaver....It was really, really gratifying for a lot of people to see him humiliated.”

All three broadcast networks played up the evening during their newscasts the next day. “It’s called the White House Correspondents’ Dinner, but last night, you could have called it ‘The Donald Trump Birther Roast,’” ABC’s David Kerley smirked on Good Morning America.

On CBS’s Face the Nation, then-host Bob Schieffer ran one Obama put-down of Trump during the opening credits, and then used another to set up a roundtable discussion, dissolving into a fit of on-air laughter over Obama’s punch line that he would be kept awake at night if he faced the sort of decisions Trump made as host of Celebrity Apprentice.

Former Bush White House speechwriter Michael Gerson told Schieffer that he saw a strategy behind Obama’s decision to jab at Trump: “Anything done to humiliate Donald Trump may make it more likely for him to run.”

If that was indeed the plan, Democrats got their wish in 2016.