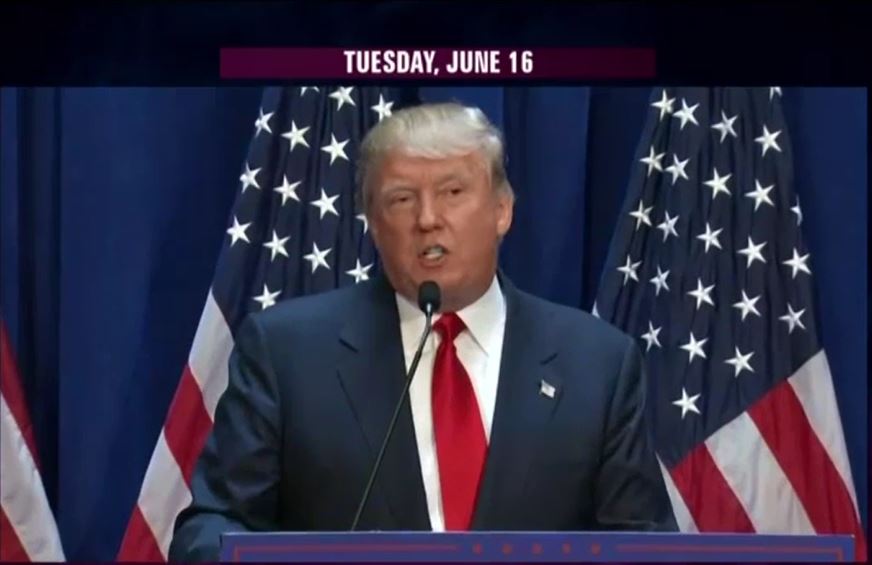 When Donald Trump announced his presidential campaign on June 16, 2015, the savants in the news media weren’t just skeptical — they were openly disdainful of the man who will be sworn in as America’s 45th President at noon tomorrow.

Reporters sniffed that Trump’s campaign was a “carnival show” which threatened to turn the GOP primary race into “a joke.” CNN’s Jeffrey Toobin called Trump a “fool,” NBC’s Chuck Todd blasted him as “a political streaker,” and pundit after pundit insisted the real estate mogul had no chance of winning.

“Can we stipulate for the purposes of this conversation that Donald Trump will never be President of the United States?” Mike Barnicle proclaimed on MSNBC’s Morning Joe less than 24 hours after Trump’s campaign kick-off.

Trump’s candidacy was cast as more entertaining than important. NBC relegated it to the third slot on the June 16, 2015 Nightly News, after stories about a fatal balcony collapse and tropical storm. CBS pushed it down to the sixth slot, while ABC’s World News Tonight made it the ninth item of the night, 13 minutes into the 30-minute broadcast.

In contrast, when Barack Obama announced his presidential bid on February 10, 2007, both ABC and NBC led their evening broadcasts with the news, even though it had been anticipated for months. (CBS was pre-empted that Saturday night.)

Looking at the tone of coverage immediately after Trump’s announcement (June 16-17, 2015), correspondents and pundits alternated from laughing at Trump to declaring that he had no chance of winning. Minutes after Trump finished speaking, CNN commentator S. E. Cupp dismissed it “a rambling mess of a speech...I was howling. Howling.”

On MSNBC, host Andrea Mitchell snootily asked the former Democratic Governor of Pennsylvania Ed Rendell: “Do you have any doubt that this is anything more than a carnival show?”

Over on CNN, noontime anchor Ashleigh Banfield teased an upcoming segment on Trump’s announcement by asking if it was “hilarity run amuck,” while that night on MSNBC’s The Last Word with Lawrence O’Donnell, GOP consultant Steve Schmidt admitted to “laughing out loud” while listening to clips of Trump’s speech.

The next day on CBS This Morning, an obviously amused Norah O’Donnell relayed that “some Republicans say they’re worried Trump will turn the campaign into a circus,” while the subsequent story by correspondent Nancy Cordes echoed how “party leaders worry Trump’s presence will turn the primary into a joke.”

On the June 16 edition of Bloomberg’s daily political show With All Due Respect, co-host John Heilemann announced: “I do not hate Donald Trump, but I do not take him seriously. I thought, you know, everything that was garish and ridiculous about him was fully on display....Will it get him anywhere close to becoming the nominee or the President of the United States? I think not.”

Many of the 2016 presidential candidates entered the race as long shots, but Trump was the only one to face an onslaught of immediate declarations that he would never win. “He can’t win, but he can get a lot of votes,” columnist E. J. Dionne, a former Washington Post and New York Times political reporter, predicted on MSNBC’s The Last Word.

Over on CNN, the Huffington Post’s Mark Lamont Hill agreed: “Of course he’s not going to win.” CBS correspondent Cordes echoed: “No one expects Trump to get close to winning the nomination.”

The morning after Trump’s announcement, NBC’s Today show relegated the news to a 23-second brief, but made sure to include this insulting sentence: “America’s largest Latino civil rights organization called Trump ‘an exceedingly silly man.’”

That night, NBC’s evening newscast featured a rare narrated piece by Meet the Press moderator Chuck Todd, who unloaded on Trump: “On the one hand, he’s a late-night joke....On the other, he’s the proverbial skunk at the garden party. How does the Republican Party handle a political streaker who knows how to get attention?” 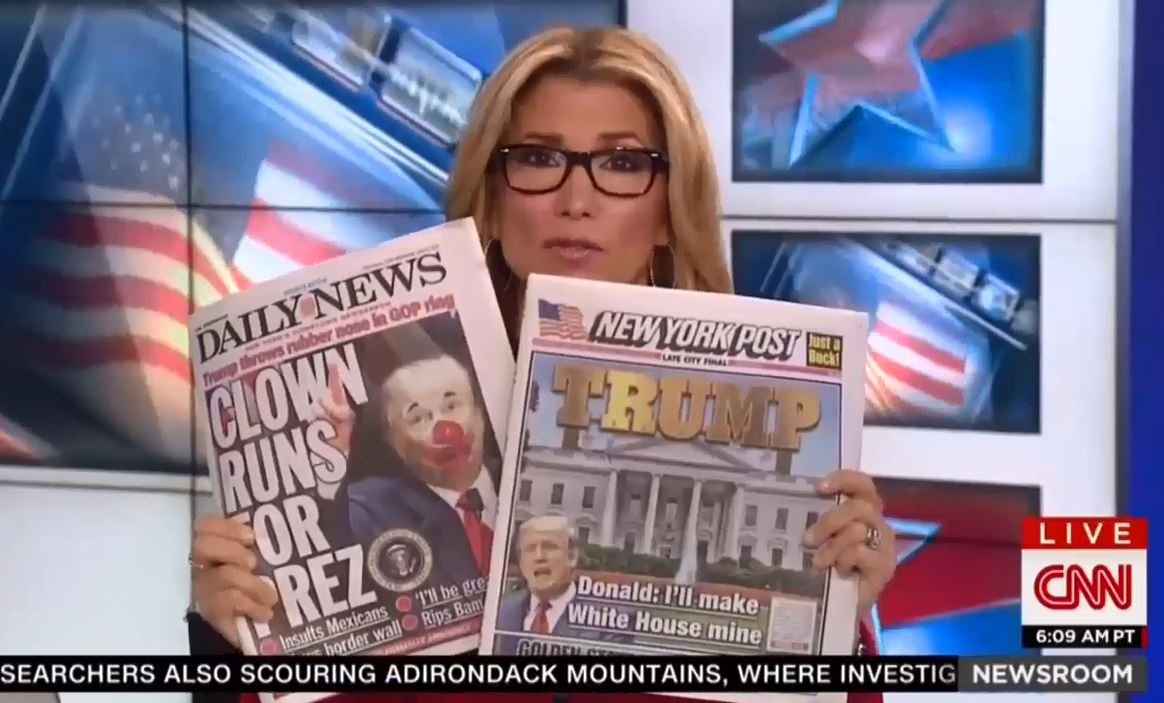 Talking about the announcements one day apart of Jeb Bush and Donald Trump, CNN’s Carol Costello openly fretted how “sad” it was that the media were covering Trump. “Sadly, the biggest buzz surrounds Donald Trump,” Costello rued before displaying the New York Daily News cover showing Trump as a clown.

But in a fit of self-awareness on the June 17 edition of Bloomberg’s With All Due Respect, co-host Heilemann acknowledged the liberal media’s disdain for Trump: “For the national press corps and other elites, Donald Trump’s campaign is a pure vanity exercise, and a target ripe for outright mockery, or low-level derision.”

In fact, that’s exactly how the establishment viewed Trump 18 months ago, and why they felt so confident in their predictions that he couldn’t possibly win.

Trump’s victory in November, and his inauguration tomorrow, are just the latest reminders that the media’s political coverage is often seriously distorted by journalists’ smug confidence in a liberal world view that blinds them to the facts in front of them.