Year-End Awards: The Biggest Obamagasms of 2015

Last week, the Media Research Center announced our “Best Notable Quotables of 2015,” with MSNBC weekend host Melissa Harris-Perry “winning” Quote of the Year for objecting to the phrase “hard worker,” as somehow a violation of the rules of political correctness. (Thanks to our 39 judges who patiently reviewed dozens of quotes to select the very worst of the worst.)

Over the next few days, we’ll present the most outrageous of this year’s Notable Quotables as a way to review the worst media bias of 2015. Today, the winner and top runners-up of our “Obamagasm Award,” for journalists who get thrills and tingles when they think about Barack Obama. The full list of winners can be found at www.MRC.org. 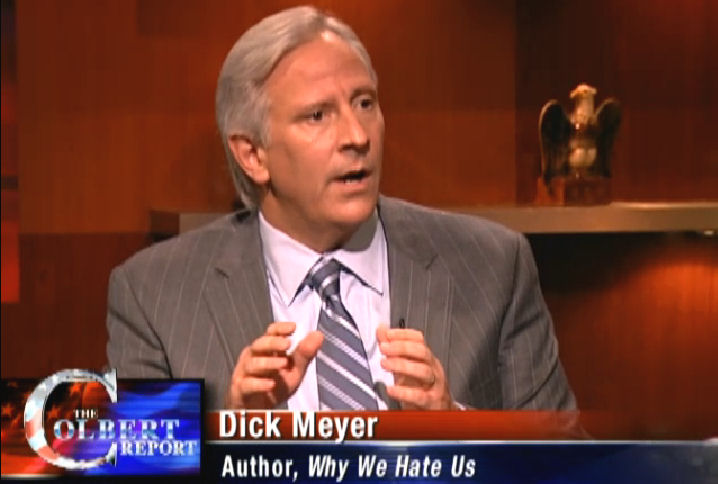 Winning this category: longtime CBS News producer Dick Meyer, now the Washington Bureau Chief for Scripps News, who wrote a July 16 Decode DC op-ed lecturing Americans that they should “appreciate” what an “exceptional President” Obama has been:

“Americans are lucky to have Barack Obama as President and we should wake up and appreciate it while we can. President Obama will go down in history as an extraordinary President, probably a great one....It would be a morale booster and a sign of civic maturity if more Americans appreciated what an exceptional President they have right now. It could be a long wait for the next one.”

Placing second, the original “thrill up my leg” journalist, MSNBC Hardball host Chris Matthews. Back on July 22, he was outraged at a quip from Marco Rubio aimed at Donald Trump: “We already have a President now that has no class.” Matthews seethed:

Placing third, MSNBC host Lawrence O’Donnell, who on February 3 cited Obama’s literary confession of using marijuana and cocaine as a model for other presidential candidates who might be asked about their use of illegal drugs:

“Long before he was running for President, he had written the answer in a book called Dreams from My Father. It stands today as the finest literary work ever authored by a President of the United States. The book doesn’t contain the whole truth of Barack Obama’s life. Books can’t do that, but it is, by far, the most honest and open book, and artful book, ever written by a President.”

Finally, another MSNBC host, Rachel Maddow, on July 14 lavished praised on Obama’s much-criticized nuclear deal with Iran, suggesting it was an “achievement” that will prove Obama worthy of the Nobel Peace Prize he received in 2009:

“We don’t know if the Iran deal is going to work. If it does, it will be the major foreign policy achievement, not only of this presidency, but of this American generation. At which point, people in the not-too-distant future will look back at this presidency, they’ll look back at this President and they’ll say, ‘Oh, of course they gave him the Nobel Peace Prize. Of course they did.’”

Tomorrow: the “Damn Those Conservatives Award.” The full report, with 10 categories plus the judges’ selection of Quote of the Year, is available at: www.MRC.org.