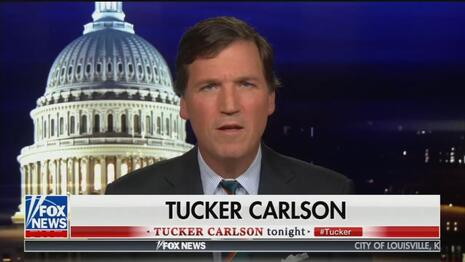 For several years, the Fox News Channel has given executives at liberal rival networks MSNBC and CNN nightmares by consistently topping the ratings across American cable television.

Now, however, the FNC has broadened its dominance to include primetime numbers from the three major broadcasting networks all the way from Memorial Day through Labor Day while setting new records as well.

According to an article written by Jake Lahut, a reporter for the Business Insider website, Fox News was the most-watched channel during the summer, topping ABC, CBS and NBC despite the fact that those three networks were available in more households, according to information from Nielsen Media Research.

As if that news wasn’t good enough, Lahut noted that Tucker Carlson Tonight, Hannity and The Ingraham Angle attracted an average of 3.5 million viewers each night, topping even the numbers of major sports events returning as restrictions due to the coronavirus pandemic eased.

The numbers speak for themselves as CBS drew 3.28 million viewers, NBC attracted 2.97 million, ABC had an audience of 2.6 million, and Fox Broadcasting got 1.38 million. “Dominating cable ratings is nothing new" for the Fox News Channel, Lahut noted, “but edging out all of the major networks and any other competition with the return of sports … is a new record for them.”

The strong numbers even extended into The Five, an early evening program featuring five hosts reflecting on the news of the day.

Fox Corporation Chairman and CEO Lachlan Murdoch stated that advertising revenue has not been an issue despite several companies pulling their advertisements from primetime hosts who have come under scrutiny.

Another strength for Fox is the fact that the channel has several other outlets, including Fox Business, Fox Nation and Fox News International, as well as many popular social media platforms.

In addition, FNC programs have regularly devoted more coverage to rioting, looting and violence in American cities, ranging from Washington, D.C., to Chicago and even Seattle.