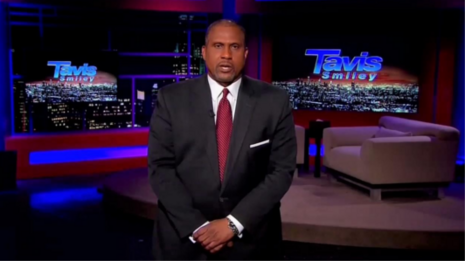 In a case that has dragged on for more than three years, a judge has ordered former TV host Tavis Smiley to pay $2.6 million to the Public Broadcasting Service for having several affairs with subordinate employees.

According to an article posted by Gene Maddaus, a senior media reporter for Variety, the judge also awarded PBS an additional $702,898 that corporate underwriters had paid to Smiley’s company for those seasons.

A Washington, D.C., jury found in March that Smiley had breached the morals clause in his contract following a three-week trial. The jurors heard deposition testimony from six women who accused Smiley of misconduct.

The reporter also stated that PBS suspended Smiley’s show after hiring an outside firm to look into complaints of sexual misconduct. The journalist explained:

One woman testified at the trial that Smiley made numerous sexual advances. When she rebuffed him, he said, “I’m tired of you telling me no. I’m tired of you rejecting me,” according to her testimony. “I’m going to show you what happens to people when they reject me.”

The woman ended up leaving her job, and was paid $325,000 to resolve a sexual harassment complaint.

Of course, Smiley sued the network in February of 2018, and PBS then countersued. The jury rejected Smiley’s claim that PBS had violated his contract by canceling his show.

In her ruling, Williams also denied the TV host’s bid to reduce the jury award.

Another female employee, Maddaus stated, testified she had a consensual relationship with Smiley, but once -- when she turned him down for sex -- he reminded her that he was her boss. “I felt like my job was in jeopardy and that if I didn’t do what he wanted sexually, I would lose my job,” she testified.

It came as no surprise when this woman was later fired, and she testified that she believed it was because others in the office learned of their relationship.

Another woman was a paid guest on Smiley’s show, and she said that she had “some intimate connections” with him, but he refused to have her back on the show after she turned him down for sex. The three other women testified about Smiley’s use of crude language at work, his anger, his habit of yelling at subordinates and other issues.

As NewsBusters reported in early March, the former talk show host was suspended by PBS on December 13, 2017, as a result of trying to distance itself from the ongoing #MeToo sexual harassment scandal.

This is the same Smiley who in 2017 mused over “self-loathing” women who vote for Donald Trump.