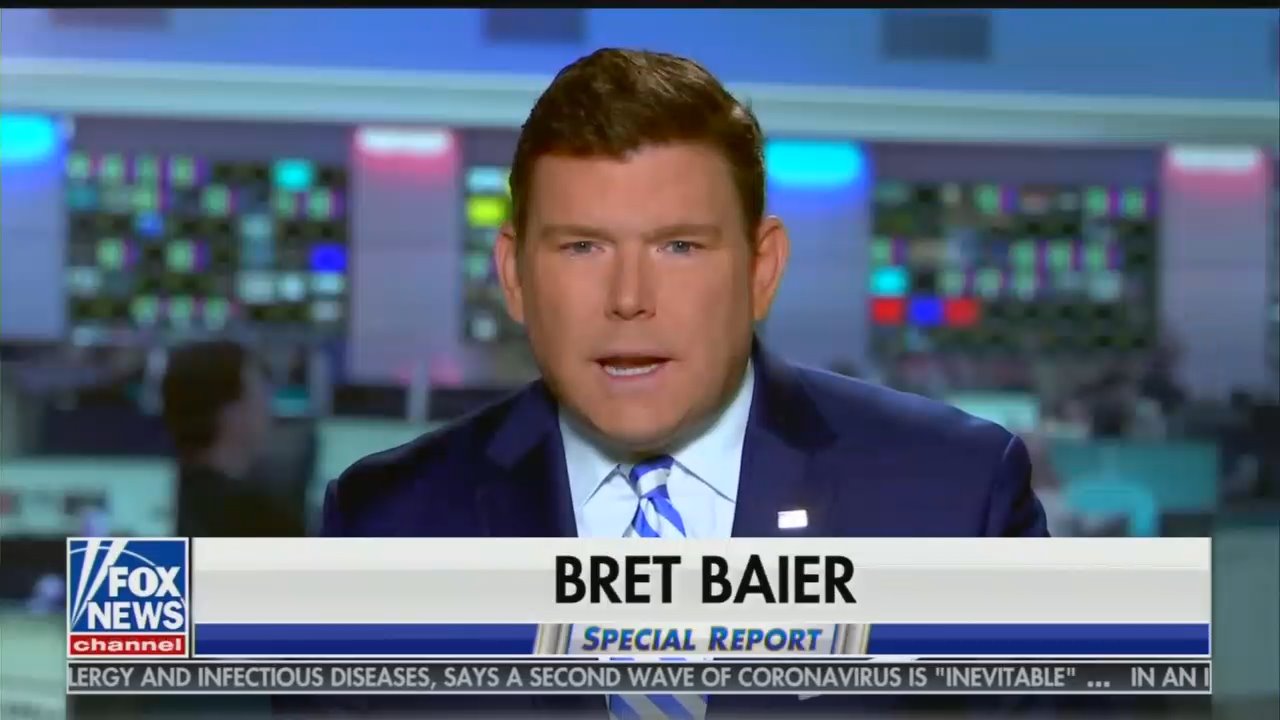 The Fox News Channel has long reigned supreme in the cable news battle and often cable overall, but in April with Americans clammoring for sensible, sober updates on the coronavirus pandemic, viewers gave FNC its highest-rated primetime audience in history and second highest total daily ratings since April 2003 (for the early days of the Iraq War).

According to a press release (and based on numbers from Nielsen), FNC fetched an audience of 3.7 million people in primetime with 671,000 coming from the key 25-54 demographic. Leaving the fear-driven CNN and far-left MSNBC in the dust, FNC grew its advantage by a whopping 81 percent (and its nearest competition back 64 percent).

“The network also scored its highest-rated demo in total day since November 2016 with election coverage growing 84 percent in total day and 72 percent in primetime year-over-year,” it added.

Along with the fact that FNC “claimed 12 of the top 15 cable news programs in total viewers,” they predictably came out in first for total-day ratings. This marked 46 consecutive months the channel has dominated all of cable, plus 220 consecutive months as the top-rated cable news network.

The following FNC primetimew shows also had their highest-rated months ever in both metrics: Special Report with Bret Baier, The Story with Martha MacCallum, The Five, and Tucker Carlson Tonight.

In the case of Baier, his show was cited as the top program in all of cable news among total viewers (5.3 million) and the key demographic (1.1 million), due in large part to it often falling during the White House Coronavirus Task Force briefings.

FNC's Saturday nightcap The Greg Gutfeld Show was the most-watched late-night program in all of television in total viewership with 2.9 million total viewers, beating even the liberal broadcast network comedy shows Jimmy Kimmel Live (ABC), The Late Show with Stephen Colbert (CBS), and The Tonight Show with Jimmy Fallon (NBC).

As NewsBusters reported last April, Fox News began 2020 by dominating the cable ratings during the first quarter while overwhelming programs from MSNBC and CNN in total day viewers and the important age demographic.