Despite Impeachment and Coronavirus, MSNBC’s Ratings Are STAGNANT 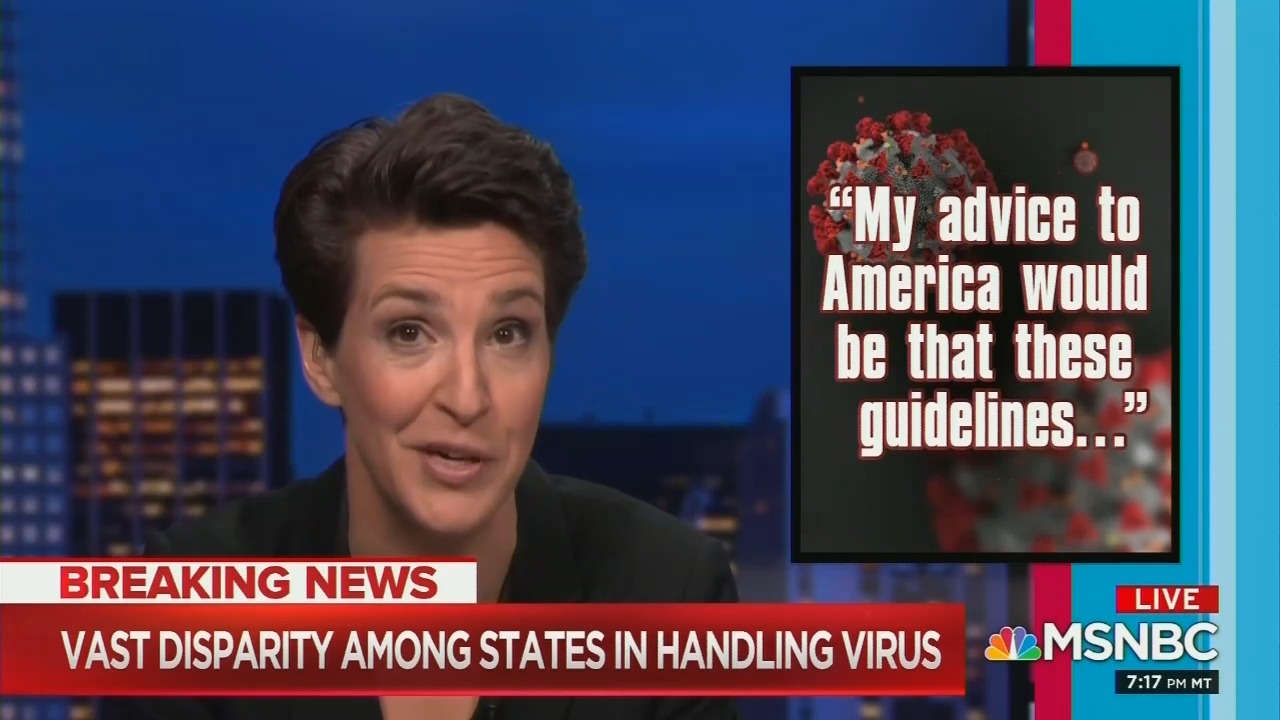 The first first three months of 2020 have been full of one breaking news story after another, ranging from the impeachment of President Trump to the arrival of the coronavirus outbreak. Yet the liberal MSNBC “news” channel failed to attract new viewers and matched the same ratings from a year ago.

The stagnation in numbers comes in stark contrast to the Fox News Channel, which gained 38 percent during the same period, and even the ratings-challenged CNN, which actually grew its numbers by a surprising 18 percent.

According to an article posted by Brian Flood, who covers the media for FNC, experts stated that this result “is a serious issue to the far-left network” and “should concern the MSNBC hierarchy” even though that channel has not made any changes in its programming for a long time.

It was even worse for MSNBC when it comes to the key news demographic of adults age 25-54, as Fox News grew 42 percent and CNN grew 27 percent while MSNBC dropped by one percent, losing viewers during … the most newsworthy quarter in a decade.

MSNBC’s primetime lineup of Chris Hayes, Rachel Maddow and Lawrence O’Donnell was completely flat compared to last year, while Fox News and CNN both grew by at least 35 percent during the hours of 8-11 p.m.

The FNC reporter quoted DePauw University professor and media critic Jeffrey McCall as stating that the channel “still managed to finish the quarter behind Fox News as the No. 2 basic cable network.” McCall also indicated: “The impeachment trial, COVID-19 coverage and the Democrat presidential primary should have all provided MSNBC plenty of spark to generate audience growth.”

“The flat MSNBC viewership numbers suggest that the channel can maintain the loyal, core audience, but … the appeal of [the channel] is limited beyond [its] true believers,” he said, which is “typically far-left and anti-Trump.”

Floyd noted that The Rachel Maddow Show, which is “the network’s most popular program and cash cow, finished the first quarter behind five different Fox News programs, including non-primetime shows The Five and Special Report with Bret Baier.”

On March 25, Maddow’s show finished outside the 20 most-watched cable news programs among the key demographic, something that would have been unthinkable not long ago” even though she has “spent much of her program hyperventilating over whether or not Trump colluded with Russia until Special Counsel Robert Mueller’s report contradicted her nightly narrative.”

“In the midst of a global crisis, people are turning to other outlets, not MSNBC,” Media Research Center Vice President Dan Gainor stated.

“Maybe that's because they don't want to hear more lies about Russian collusion from Maddow. Or more lies in general from Brian Williams. Or maybe it's just because no one other than their core audience takes them seriously,” Gainor continued.

Flood added: “MSNBC was widely criticized during the quarter for its antagonistic coverage of [presidential candidate Bernie] Sanders, as many observers felt … MSNBC hosts and pundits openly preferred moderate Democrats [like] Joe Biden.”