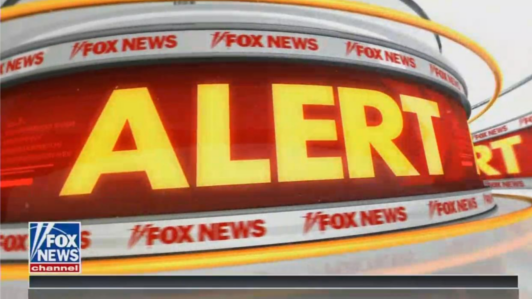 Primetime ratings for the Fox News Channel reached a new average high of 2.5 million viewers per night in 2019, making it the most-watched network in the slate of basic cable TV programming. That's not just cable news -- it's number one in all of cable TV.

Meanwhile, liberal MSNBC came in third place with an average of 1.75 million viewers during the same 12 months, while CNN fell far behind its rivals, arriving in 22nd place with an audience of only 972,000 per night.

According to an article posted on Monday by Joe Concha, a media reporter and columnist for The Hill newspaper, the numbers came from Nielsen Media Research, which stated that ESPN drew an audience of 1.75 million to end the year in second place.

Concha also noted that this victory by Fox marked the channel’s fourth straight year of dominance in the cable news market.

In addition, the FNC scored four of the top five shows, with Hannity reaching 3.3 million and Tucker Carlson Tonight watched by an average of 3.1 million.

MSNBC’s Rachel Maddow Show came in third with 2.78 million viewers, while Fox News rounded out the top five with The Ingraham Angle and The Five both garnering audiences of more than 2.5 million.

If executives at CNN hoped that their programs would fare better during the week before Christmas, those expectations were dashed by a strong showing of new holiday programs on the Hallmark Channel in the December 16-22 period.

David Choi, a news reporter for the Business Insider magazine, noted that Hallmark “racked up” more than 1.7 million overall viewers in primetime during that time while CNN drew 1.5 million in the same week.

Choi added that “the ubiquitous greeting cards and gifts company” produced more than 100 movies in 2019, nearly half of which were related to the Christmas season.

That time was also a good week for two Fox News primetime shows by Carlson and Ingraham, who delivered their highest-viewed seven days in the key demographic of people from 25 to 54 years old.

Those ratings took place despite “a push for original content by CNN,” the reporter continued, including “its Democratic presidential primary debate jointly hosted with the New York Times in October." CNN boasted a pile of town hall hours with Democrat presidential candidates, which often landed deep in third place.

As NewsBusters previously reported, the dominance of the FNC in cable TV news has continued while MSNBC appears to have won the fight for second place since CNN has experienced a sharp ratings drop.