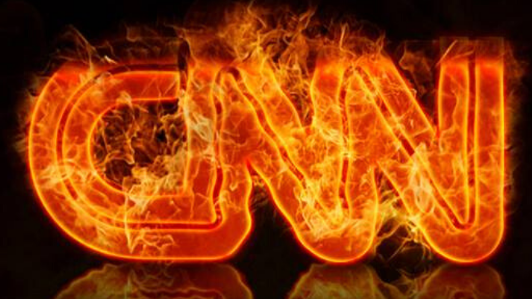 As the end of 2019 draws ever nearer, CNN continues to lose viewers, especially during its slate of primetime programs. In fact, the network’s ratings fell to a three-year low during the week of November 25 to December 1.

Like other news outlets, CNN benefited from a “Trump bump” during the 2016 election, but it appears that the House impeachment hearings aren’t doing the network any favors.

CNN logged its lowest primetime-viewership ratings in three years during the week of Nov. 25-Dec. 1, attracting an average of 643,000 viewers from 9 to 11 p.m., versus 2.2 million for Fox News Channel and 1.3 million for MSNBC, according to widely reported Nielsen Media Research figures.

Conservatives were quick to blame CNN’s relentless anti-Trump coverage, as well as the House impeachment hearings, which have dominated the news cycle for several weeks.

“If Democrats and their media allies thought that the impeachment of President Trump would be his undoing, I’ve got bad news for them: It’s actually undoing them,” PJ Media columnist Michael van der Galien noted. He said CNN's post-Trump tilt isn't working at all.

CNN's attempt to imitate MSNBC is destroying the channel. The way forward is for CNN to actually hire real journalists to -- and this is going to shock a lot of people -- do real journalism. Be proudly neutral. Don't air any shows by "commentators." Don't mix opinion with news. You bring the news, and that's it.

Reporters can do "real journalism" without being neutral. CNN used to attempt to place itself more in the center, but under Trump, they've tilted hard to the Trump-hating left.

Richardson stated that “there’s more than one way to frame television ratings, and CNN opted to emphasize the positive, reporting that the network has scored its third-best November since 2008 for the Nielsen month ending November 24.” They can't abide comparisons with Fox. They only compare their own ratings numbers.

“This is an indication that the entire impeachment fiasco is failing as well,” Andrew West and Jeff Dunetz of the Lid website stated: “CNN was a chief pusher of the Russia hoax and now a major cheerleader of the Ukraine ruse.”

“To CNN’s surprise,” West and Dunetz added, “most Americans aren’t as stupid as they think.”